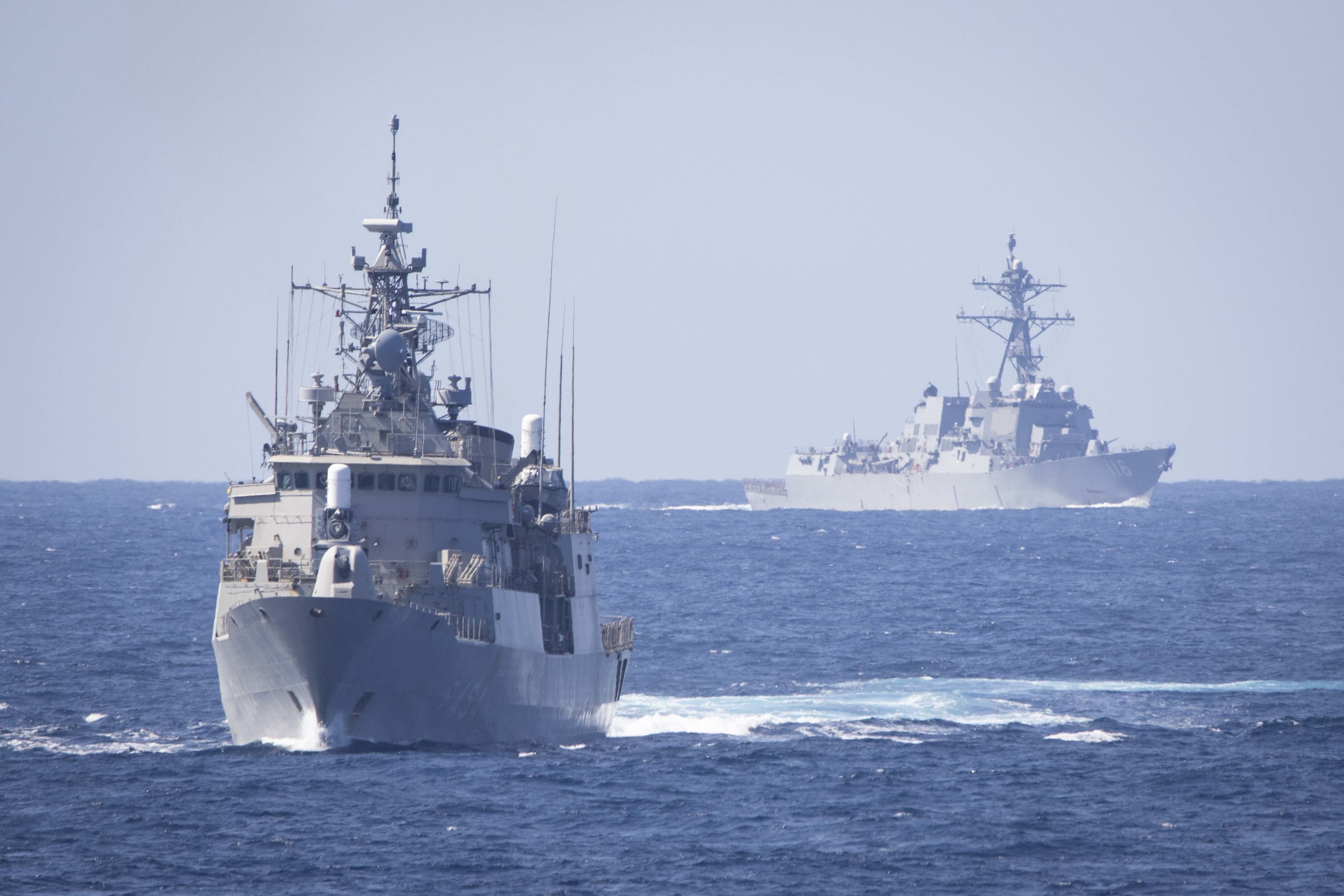 Despite its struggling economy and escalating tensions with neighboring Turkey, Greece is pushing ahead on overhauling its military, according to its defense minister.

Nikolaos Panagiotopoulos said “acquiring high-end weapons systems” would include buying anti-submarine warfare helicopters, as well as modernizing four frigates already in the Hellenic Navy and F-16s in its air force. Greece is “revamping the entirety of our armed forces,” including acquiring four frigates, and the country is updating its defense pact with the United States.

He added that Greece is also committed to upgrading the port of Alexandroupolis on its northeastern coast to “be the transportation hub” for NATO in the Balkans and its logistical base for Black Sea operations. He said elements of the U.S. Army’s 101st Airborne Division used the facilities recently as part of the Defender Europe 21 exercise.

“Our aspiration is to make [the port and the mutual defense agreement] even better,” he said during a Center for Strategic and International Studies online forum on Tuesday. For the port, the improvements include extending piers to handle larger ships and expanding its fuel storage facilities. Other work involves rail, highway and pipeline connections to the rest of Europe.

He called the Souda Bay base on the Greek island of Crete “the jewel in the crown” of regional naval facilities for the United States and NATO because it can accommodate American aircraft carriers – as it did in March, with the arrival of USS Dwight D. Eisenhower (CVN-69) – and other large warships.

He described Greece as the United States’ and NATO’s “anchor state” in the Eastern Mediterranean.

Several times in the forum, though, he mentioned the economic constraints on Greece that affect all its government spending. The problem dates back to the 2015 debt crisis, when Athens defaulted on more than $1.93 billion in debt owed to the International Monetary Fund. Restrictions were subsequently placed upon what Athens could do domestically and with security spending.

“I would say we’re extremely active” in security operations “in the volatile Eastern Mediterranean,” Panagiotopoulos said. He mentioned participating in joint and combined exercises like the Defender series and living up to Greece’s commitment to NATO to modernize its forces in light of Russia’s Crimea seizure and backing Ukrainian separatists starting in 2014.

But to Greeks, what makes the Eastern Mediterranean particularly “volatile” is Turkey’s “neo-Ottoman” ambitions, which threaten not only Greece but the integrity of the NATO alliance, Panagiotopoulos said.

Greece won its independence from the Ottoman Empire, the forerunner of modern Turkey, 200 years ago.

He said Greece most recently put its maritime forces on alert when a Turkish research vessel entered waters that Athens claims as its own to explore possible sites of energy deposits. A more immediate threat came in March 2020, he said, when Ankara threatened to send thousands of migrants and refugees into Greece unless the European Union increased payments to Turkey to care for them. The EU complied with Turkish demands.

He said these were not isolated incidents. He cited the confrontation last year between French and Turkish naval forces off Libya as another example where Ankara was out of step with alliance goals. Earlier this year, French President Emmanuel Macron chastised Turkey for becoming more autocratic and putting “us in a crazy situation in Syria” when it attacked the NATO-backed Syrian Democratic Forces. He said Ankara was ignoring the importance of the alliance in protecting its own sovereignty against a revisionist Russia.

Panagiotopoulos did not mention the steps the United States took against Turkey for buying a Russian-made S-400 air defense system. Among those steps was removing Ankara from the F-35 Lightning II Joint Strike Fighter program.

“We will continue to comply with international law, not gunboat diplomacy,” to settle disputes with Turkey, Panagiotopoulos said. He noted that the NATO-established hotline between the two militaries was an important step to deconfliction, but diplomacy was more important. Panagiotopoulos said “our strategic aim was never isolating Turkey,” but its actions and “rhetoric border on belligerent.”

“We would like Turkey to be part of the scheme” of regional cooperation that Greece has established with Cyprus, Israel, the Arab states, Egypt and Libya through new economic and diplomatic agreements, he said.

Noting Russia’s unsuccessful disinformation campaign to influence a vote on NATO membership for North Macedonia, he added that Moscow “will continue to [try to] exert its influence in the Balkans.”

China, on the other hand, “views itself as a rising superpower,” advancing its economic and trade interests “very methodically, very patiently, very systematically” in the Eastern Mediterranean. Panagiotopoulos said Beijing “elected to invest in a series of ports” and airfields in Europe. One of those ports is Piraeus, which is near Athens. The reason the Greeks accepted China’s bid was because “no one else chose to” spend there. He added that China’s activities in Greece have been limited to infrastructure projects.

While Beijing uses “soft power” in Europe, Panagiotopoulos noted that it threatens “hard power” force in other regions, most notably the South China Sea. The two powers need to reach a “modus vivendi” to avoid a military crisis that would affect more nations than the United States and China, he said.