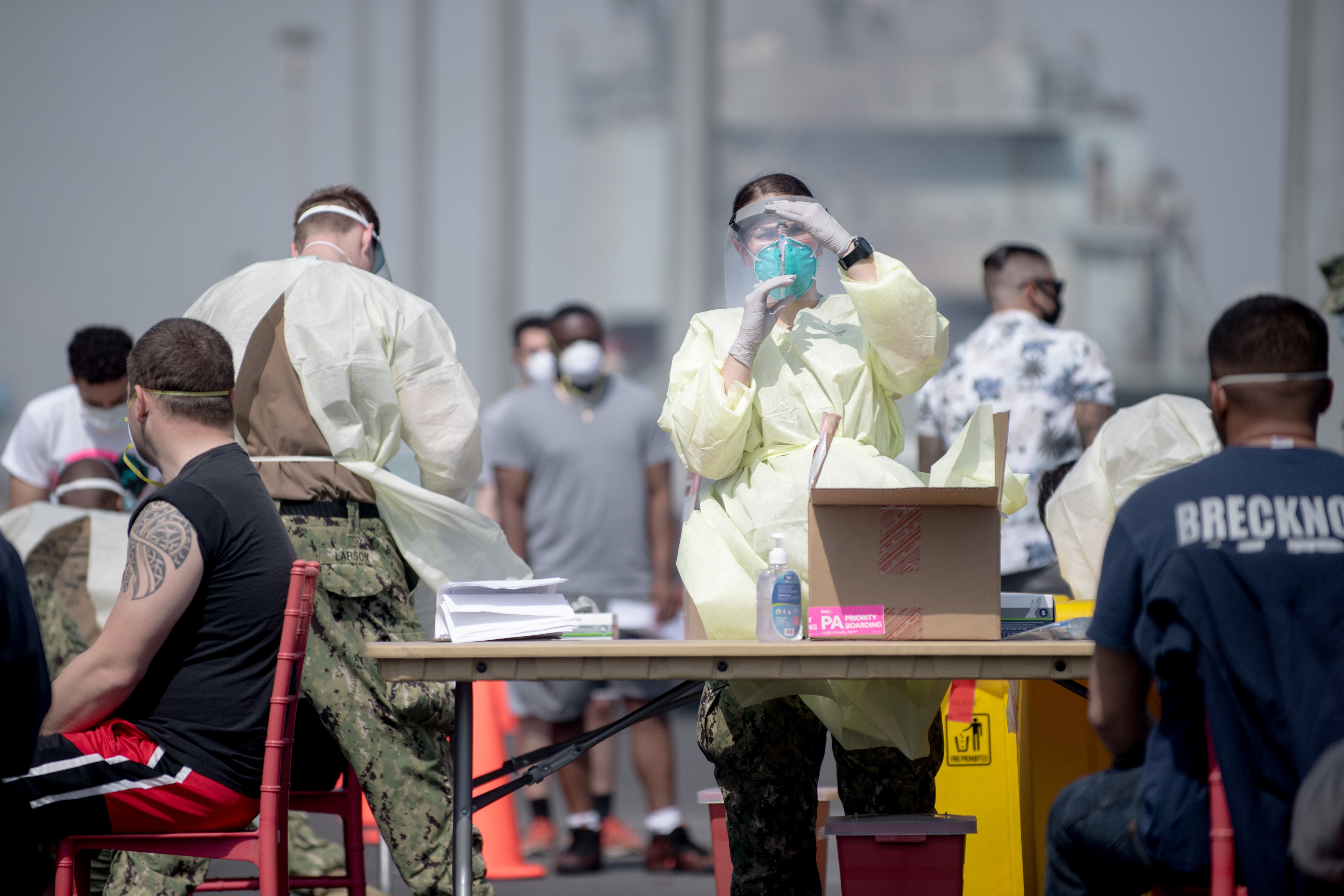 An amphibious warship is back to sea in the Middle East after spending two weeks in Bahrain trying to contain the spread of COVID-19 among its crew.

USS San Diego (LPD-22), which is deployed to the region as part of the Makin Island Amphibious Ready Group (ARG), is out operating again and fully mission capable, U.S. 5th Fleet announced in a March 12 statement.

All the sailors and Marines who tested positive, as well as all others identified as close contacts of the sick crew members, were isolated aboard the ship. San Antonio-class LPDs have some of the most robust medical capabilities in the Navy fleet, so San Diego was able to quarantine and care for these sailors and Marines onboard without spilling out into facilities ashore.

The port visit and medical support were coordinated with the host nation government and Bahrain Ministry of Health. 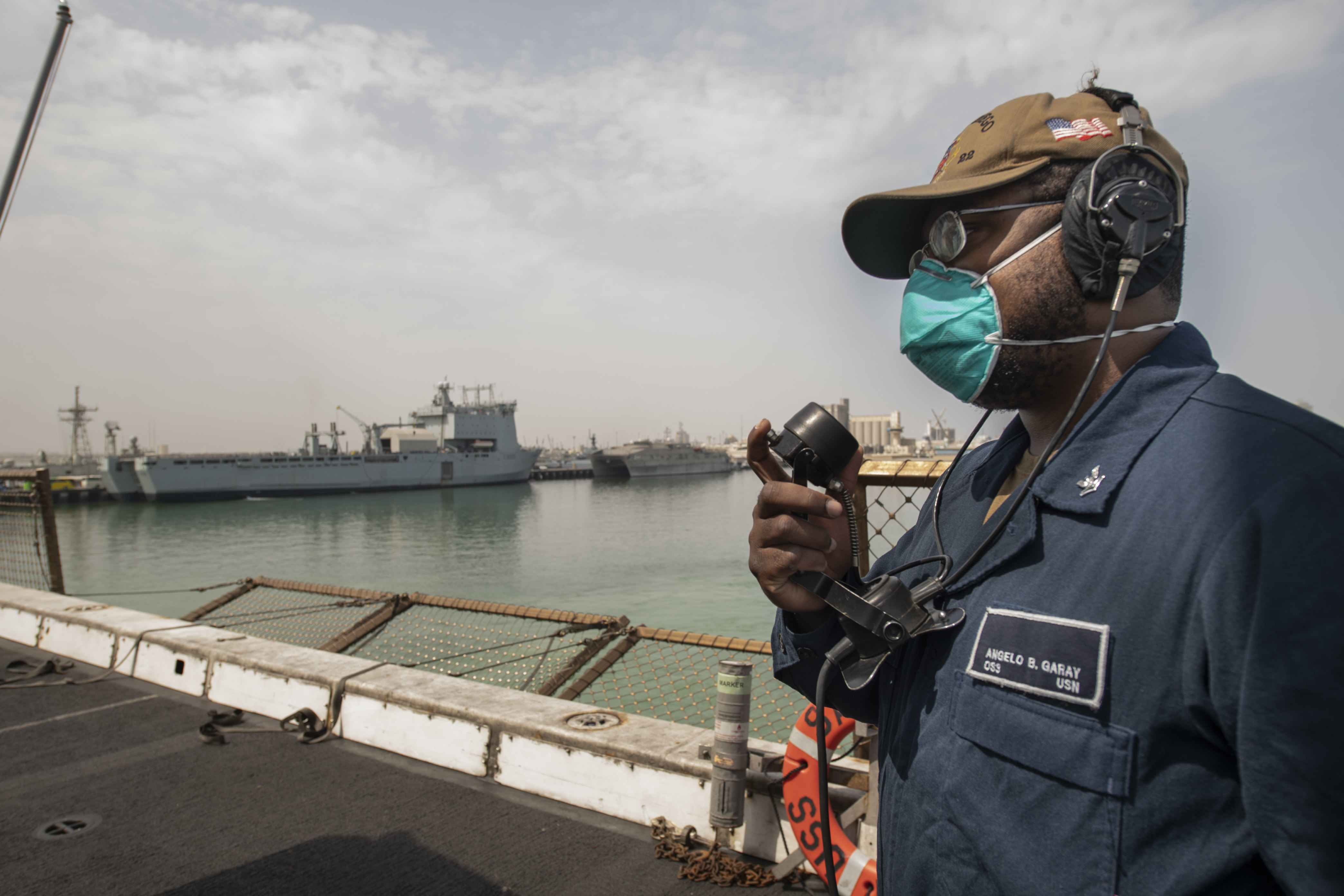 “The professionalism and support from the Kingdom of Bahrain, Task Force 51/5, and U.S. 5th Fleet Medical was top notch. San Diego is extremely thankful for their unwavering support and assistance during our time pierside.” Capt. Kevin Ralston, San Diego’s commanding officer, said in the news release.

“We will continue to take all preventative measures in our fight against COVID-19,” he added. “San Diego’s sailors and Marines are extremely resilient and are ready to take on any and all assigned missions at sea.”

Around the same time that San Diego sailors and Marines first tested positive, a similar situation arose on nearby cruiser USS Philippine Sea (CG-58), which was operating independently in 5th Fleet. The Navy first said “several” sailors on the ship were suspected of having COVID-19, and later about 20 sailors were confirmed positive after the whole crew was tested.

5th Fleet spokeswoman Cmdr. Rebecca Rebarich told USNI News that the number of infected sailors still remains at around 20. Because cruisers are smaller and have less medical capability, the sick sailors and others identified as close contacts were taken off the ship when it pulled into Bahrain on Feb. 26 and put into quarantine ashore. Rebarich said no personnel from either ship have been hospitalized. 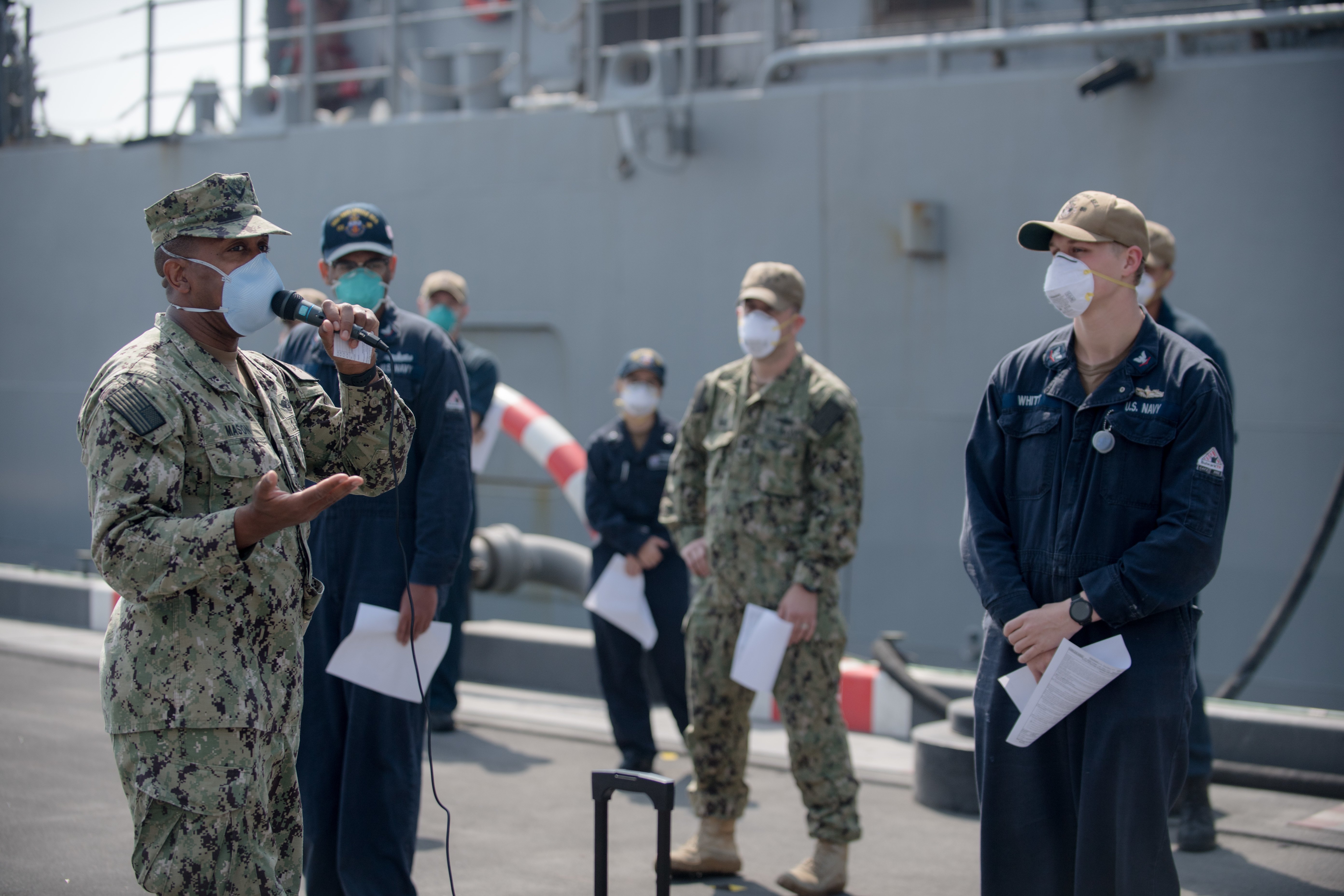 While Philippine Sea and San Diego were in port in Bahrain, the Navy began a vaccination effort for the sailors and Marines who had not been infected.

“On Feb. 27, we began to vaccinate personnel on board the two ships, and while voluntary, a majority of both ships’ crews have received the first dose of the Moderna vaccine,” Rebarich told USNI News on March 4.
“We are encouraging all personnel to get vaccinated.”

San Diego will now rejoin the Makin Island ARG, which has been deployed since January in the 5th Fleet area of operations along with the amphibious assault ship USS Makin Island (LHD-8), amphibious transport dock USS Somerset (LPD-25), and the 15th Marine Expeditionary Unit.