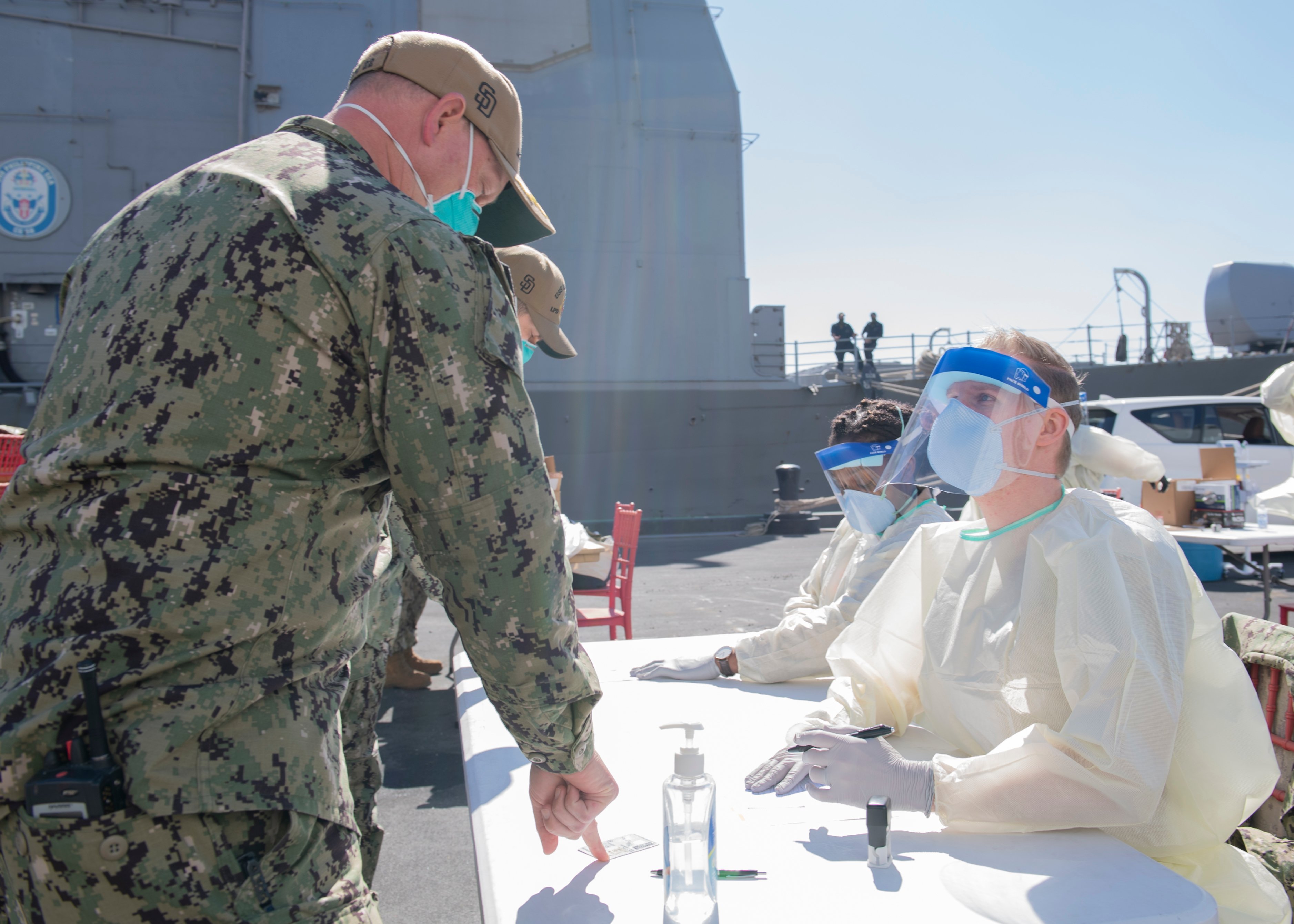 Two ships in the Middle East that recently discovered COVID-19 cases among the crew have finished testing all personnel and begun vaccinating those who want the shot, a Navy spokeswoman told USNI News.

Amphibious transport dock USS San Diego (LPD-22) and guided-missile cruiser USS Philippine Sea (CG-58) had pulled into port in Bahrain by Feb. 26 after finding positive COVID-19 cases onboard, USNI News reported. At the time, the Navy had found a dozen cases on the LPD and “several” on the cruiser.

Today, U.S. 5th Fleet told USNI News that all sailors and Marines on both ships had been tested and about 20 on each ship were positive, for about 40 total.

Those who tested positive “have been isolated in quarantine locations in Bahrain in accordance with DOD and host nation requirements in order to prevent further spread of the disease,” 5th Fleet spokeswoman Cmdr. Rebecca Rebarich told USNI News.
“No sailors or Marines from the two ships have been hospitalized. All personnel identified as having close contact have been isolated. Mitigation measures are being followed.”

In addition to isolating those who are sick or were in close contact with sick crewmates, the Navy has begun vaccinating the crews while in port.

“On Feb. 27, we began to vaccinate personnel on board the two ships, and while voluntary, a majority of both ships’ crews have received the first dose of the Moderna vaccine,” Rebarich said.
“We are encouraging all personnel to get vaccinated.” 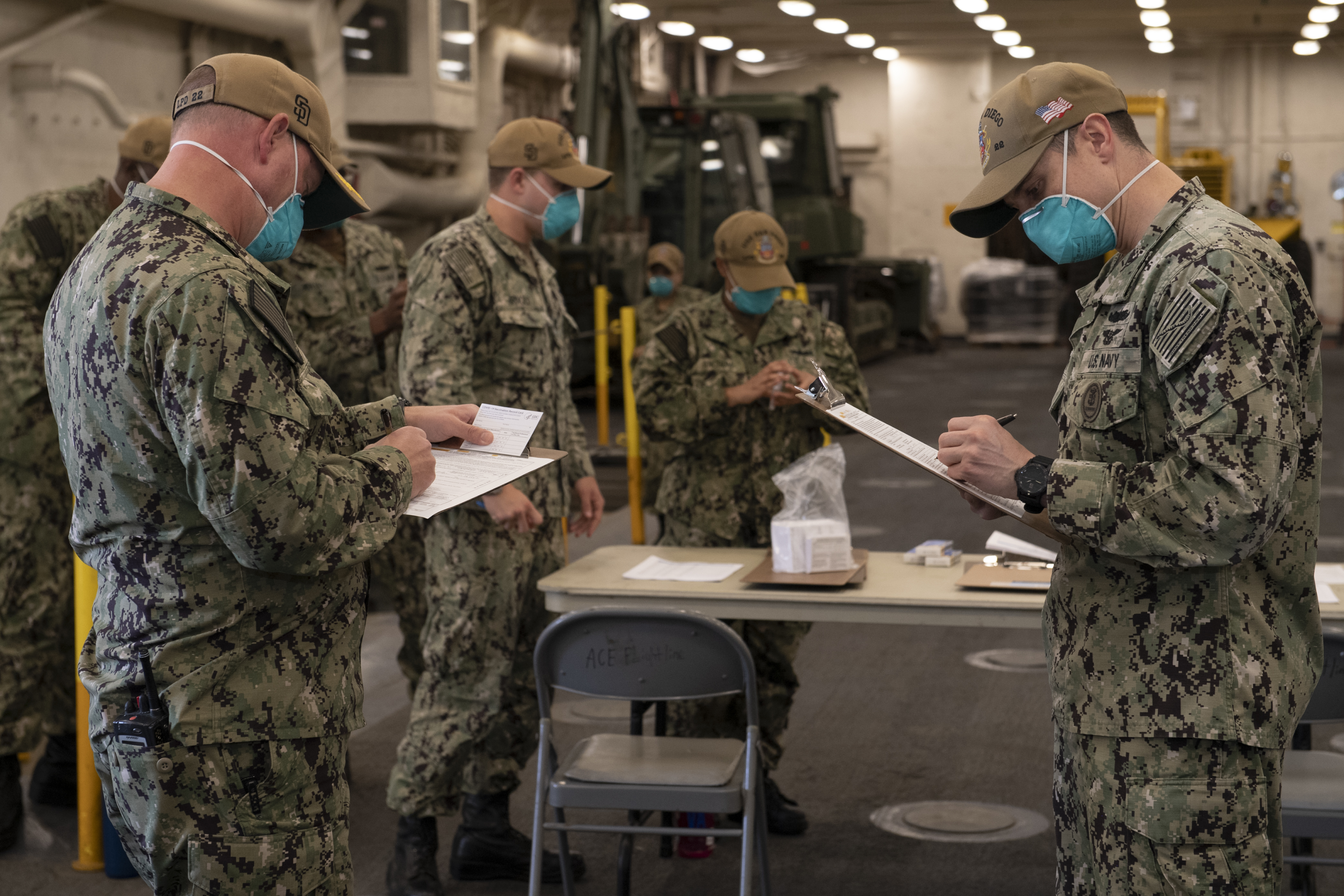 The two ships are still in port as they deal with the COVID cases, quarantines and vaccinations. Rebarich said the ship crews were supported in the testing and other efforts by Navy personnel ashore.

“We were able to expedite test results and coordinate additional support for our personnel through U.S. Navy medical personnel embedded with the Bahrain Ministry of Health COVID War Room. We appreciate our partnership with the Ministry of Health and Kingdom of Bahrain in combating this pandemic.”

This appears to be the first time the Nav has been able to respond to the emergence of the virus on a ship by vaccinating the crew. The crew of the Dwight D. Eisenhower Carrier Strike Group and the Iwo Jima Amphibious Ready Group were offered the vaccine ahead of their deployments – IKE CSG departed in late February and the IWO ARG will deploy soon – as a preventative measure to keep the sailors and Marines healthy during the deployment.

Navy leadership has said that dozens of ships have had positive cases pop up in the crew and have gone through mitigation measures such as removing the infected personnel and isolating close contacts. But the Navy has not announced any other cases where the vaccine was made available to the rest of the crew after positive cases were detected.

As of March 3, 157,982 sailors have been given at least one of the Moderna or Pfizer-BioNTech vaccines, with about two-thirds of those sailors receiving the full two doses, USNI News reported. The Navy’s current end-strength is about 347,445 as of Jan. 31. 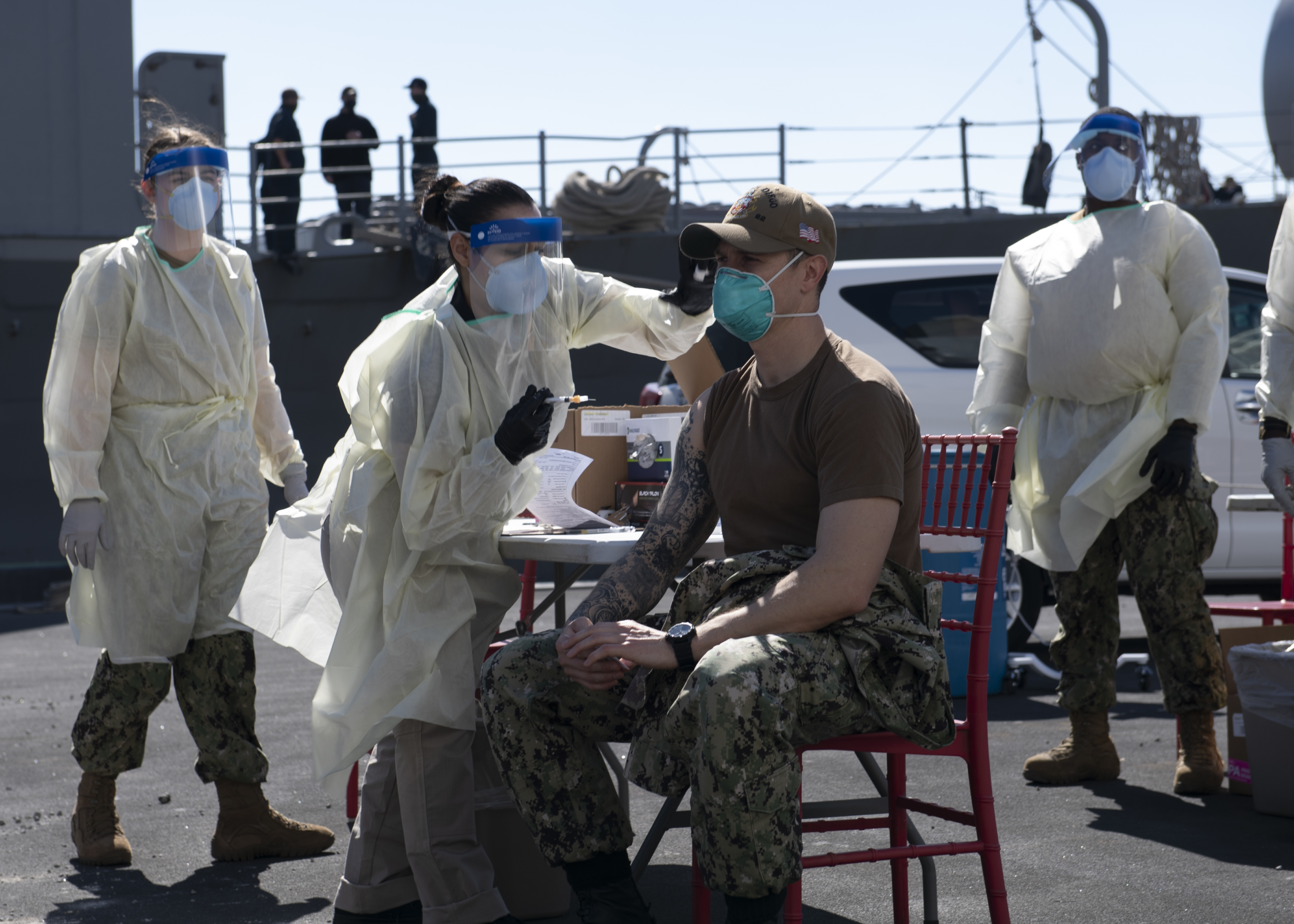