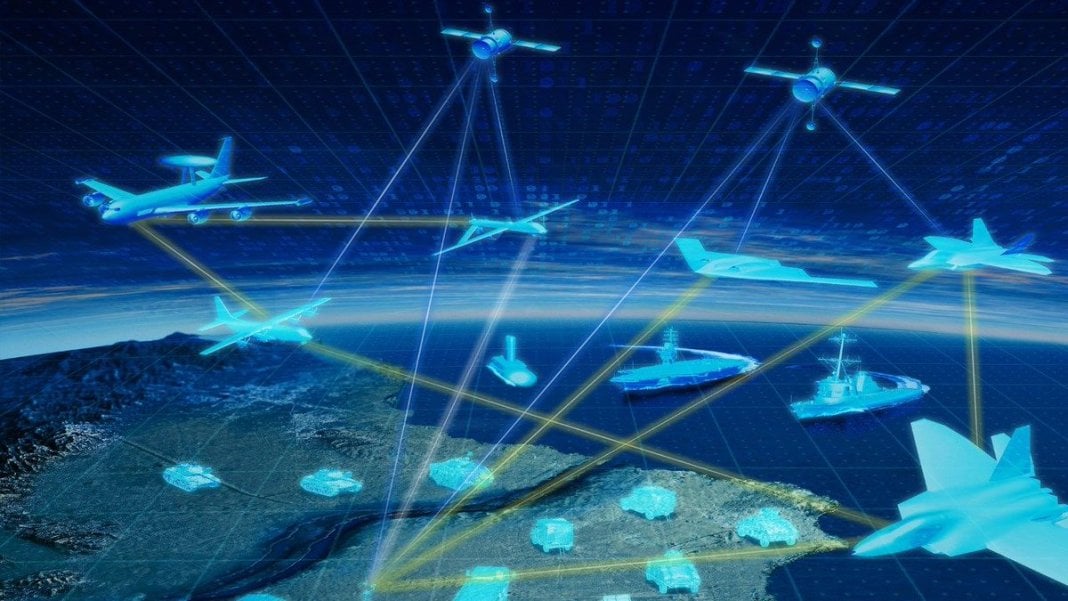 The Army, Navy and Air Force are on the same page as they pursue initiatives meant to feed into the Pentagon’s Joint All-Domain Command and Control effort, the director of naval intelligence said Friday.

During a virtual event co-hosted by the Center for Strategic and International Studies and the U.S. Naval Institute, Vice Adm. Jeffrey Trussler, the deputy chief of naval operations for information warfare, N2/N6, said the services are seeking synergy in working to connect various systems across a battle network for the joint force.

“What you’re seeing when you see the Navy announce Project Overmatch, when you see the Air Force with their Advanced Battle Management System, when you see the Army’s Project Convergence – when I say Overmatch that’s Navy and Marine Corps all in together – you’re seeing the services recognizing and working . . . really to take advantage of capabilities and linking them,” Trussler said during the event.
“That Joint All Domain Command and Control concept is, ‘hey let’s make sure that we as a joint force are linking those capabilities – those platforms and sensors and weapons together.’”

The Navy and the Air Force last year came to a handshake deal to pursue JADC2, USNI News previously reported. Meanwhile, the Army’s Project Convergence is evaluating the service’s part in JADC2.

While the Navy recently launched its Project Overmatch initiative to sketch out a tactical data network that would link up weapons and sensors, the service had spent years on the Naval Integrated Fire Control-Counter Air (NIFC-CA) network to pull and connect data from ships and aircraft.

Trussler said the individual services share the same view on the issue of connecting across various domains and platforms.

“We have some different systems. We have some different domains that we operate in, but we have already identified and seen great synergy in how we might link these together. That’s the goal of JADC2,” he said. “There’s not some Skynet that we’re all building to make work. It’s about taking the systems we have – the legacy systems we have, making them work together – and for all future systems we roll out and develop, they’re going to be built that way.”

The director of naval intelligence struck down any notion that the services are not on the same page as they pursue JADC2, telling viewers, “we’re all in.”

The cooperation Trussler described extends to the Intelligence Community, he said. Air Force Lt. Gen. Jeffrey Kruse, the military advisor to the Director of National Intelligence, recently held a meeting with both the combat support agencies and the services to talk about JADC2.

While Navy officials have spoken publicly about Project Overmatch in recent weeks, Trussler noted the service has not issued public press releases about its work on the effort. He argued the work takes place through Navy exercises that allow the service to validate and test out various concepts.

“What you probably saw were RIMPAC, Valiant Shield, other exercises. There’s a couple of ships on the bottom of the Pacific right now from those exercises that were demonstrating some of those concepts that we’re trying to get after,” he said.
“We just don’t talk about it that way. Every service just does that differently internal to the service,” he continued. “And then as a joint force, we’re certainly going to have demonstration events. And we’re going to be wrapping those up rapidly over the next couple of years.”

The objective in developing a naval battle network is to easily pull and move data between different systems and platforms for targeting purposes.

“We’re trying to link sensors, platforms, shooters, across the service – agnostic of the paths to get there, agnostic to the platforms and source. And that’s not just something somebody woke up and thought about last year. All the services were already working,” Trussler said.

“We were great – a decade and more ago – about building tremendous platforms with great sensors and great weapons. And then we figured that we need to do a little better,” he continued. “We need for our platforms and our weapons to receive sensor data from other platforms, or from space, or from other aircraft that are nearby. And vice versa. And maybe the sensor is not the actual shooter.”