NORFOLK, Va. — The Navy and the Air Force are taking the first tentative steps to create a joint battle network that would allow Navy ships and aircraft to share targeting information with Air Force aircraft, Navy and Air Force officials confirmed to USNI News on Wednesday.

“There was an agreement between the Chief of Naval Operations and the Chief of Staff of the Air Force regarding the Navy’s support to the Air Force on the Joint All Domain Command and Control concept,” Navy spokesperson Cmdr. Nate Christensen told USNI News on Wednesday.
“The Navy is working with the Air Force to support this effort as the concept matures.”

An Air Force spokesperson told USNI News on Tuesday the agreement was informal. The loose deal between the Navy and the Air Force follows more than a decade of work by the Navy in developing its intra-service Navy battle network – Navy Integrated Fire Control-Counter Air.

NIFC-CA ties together the combat and targeting systems of guided-missile destroyers and cruisers and Navy aircraft to share target-quality data across a battle group.

For example, a Navy carrier-based E-2D Advanced Hawkeye could route targeting information on a surface or air threat to a destroyer that could fire a missile beyond its own sensor range.

The service began using the concept operationally with the 2015 deployment of the Theodore Roosevelt Carrier Strike Group – the first to combine the new E-2Ds with destroyers using an upgraded Aegis Combat System armed with Standard Missile 6s.

Since then, the service has worked to improve how it coordinates and refines the concept, the commander of Navy Warfare Development Command, Rear Adm. John Meier, said during a panel discussion at the AFCEA Military Communications conference this week. 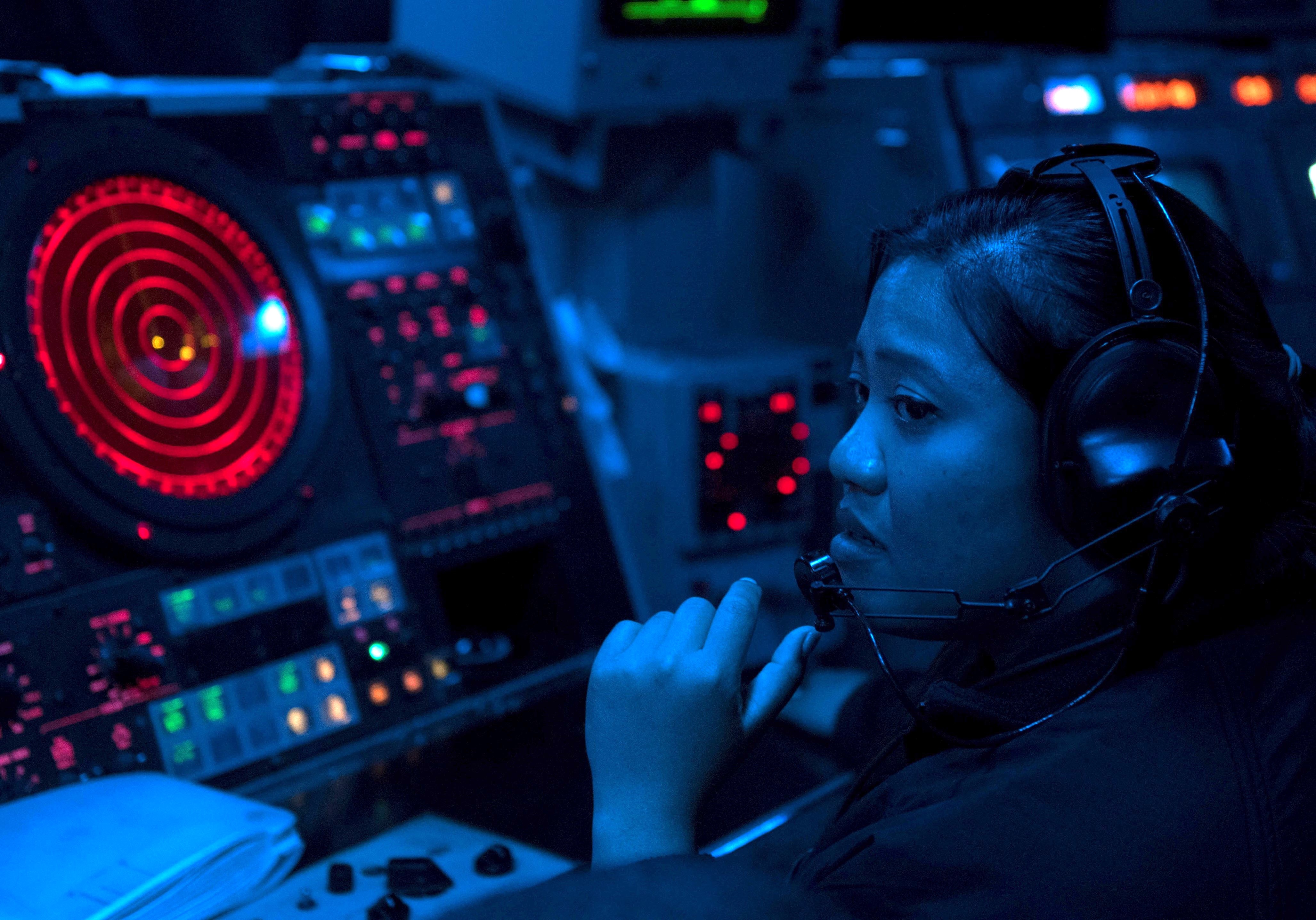 “Clearly the Navy has been in the maritime domain working close coordination with [command and control] efforts. I would argue we don’t have that completely suitcased yet, but we’ve made great strides in that area. We use overhead sensors, we use airborne sensors, we use shipboard sensors, and that is continuing to improve with every iteration,” he said.
“The next step of that is the joint coordination… so that we’re completely aligned with the Air Force in our ability to pass targeting quality information. That’s ultimately what it really comes down to. If you’re not able to provide targeting quality data on the targets that matter in an [an anti-access/area-denial] environment, then you’re not necessarily achieving the desired end state, and that’s where we need to get to.”

The Navy internally has pushed for developing systems to correspond to the NIFC-CA construct and is actively integrating the Marine Corps systems.

“We want to continue to make [NIFC-CA] more robust and bring those effects to bear with multiple sensors, multiple weapons, multiple platforms,” Vice Adm. Jim Kilby, the deputy chief of naval operations for warfighting requirements and capabilities (OPNAV N9), said last month.
“I want one integrated fire network where all the systems snap into that same standard. And that’s a challenge for us because our requirements process isn’t generated to do that; it usually generates a requirement that is satisfied by a single resource sponsor and a single program manager, so we’ve got to kind of up our game here.”

Meier, in his role, would be part of a service delegation that would meet with Air Force officials later this month to take the first steps in developing JADC2, he said.

For its part, the Air Force has made a pitch for its infrastructure to be the linchpin for the multi-domain battle network.

“You don’t [move the ball forward] until all the services lock arms and say, ‘OK, this is important enough to us for all of us to invest, and then at some point, I think we’ll all continue to mature our organizational structures so we can work better together,” Air Force head Goldfein said, according to Air Force Magazine.