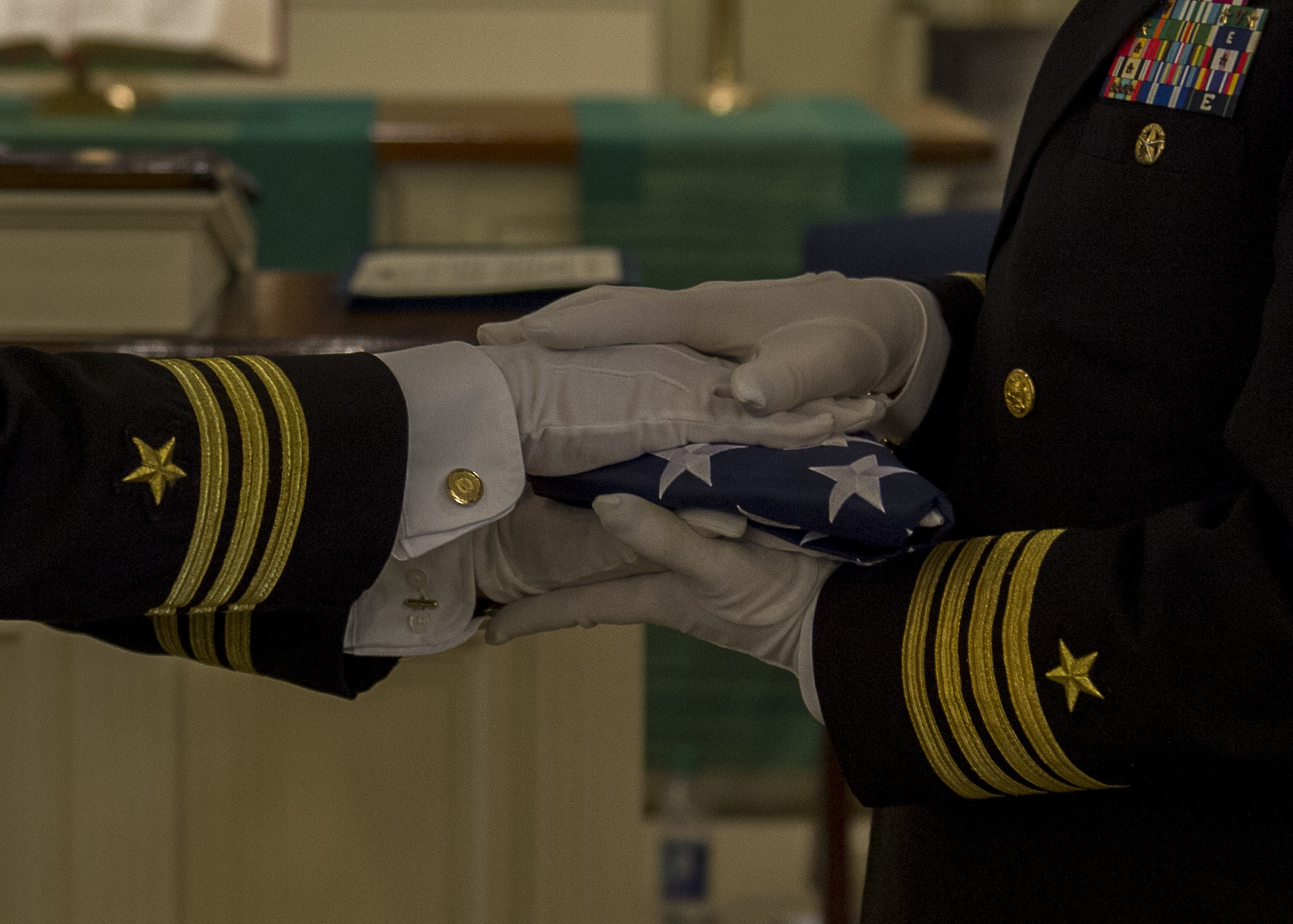 Cmdr. Samuel Young and his flagmen conduct a passing of the flag ceremony for his retirement. Cmdr. Young is retiring as the Future Operations Officer for Carrier Strike Group Two. Navy Photo

To maintain fleet readiness during COVID-19-related training and movement restrictions, Navy officials are allowing officers and enlisted sailors to delay pending retirements and separations for up to a year. At the same time, the service is also welcoming back to active duty recently departed personnel.

The move is an acknowledgment the current stop-movement orders are disrupting the Navy’s ability to ensure ships have the correct mix of experienced officers and enlisted sailors for the foreseeable future.

“All service members interested in extending, are invited to apply, but priority for approval will be given to those service members filling sea duty and critical billets,” the policy states.

The policy, released late last week in a NAVADMIN by Chief of Naval Personnel Vice Adm. John Nowell, places a premium on keeping vessels ready to deploy as the Navy grapples with “uncertainty regarding the duration of the COVID-19 Pandemic.”

In Fiscal Year 2020, Navy is authorized to increase its force to 340,500 active duty enlisted personnel and officers. The Navy has a target of bringing in 40,000 new sailors in 2020, but Navy officials say hitting the end-strength goal and keeping the fleet ready to deploy requires retaining sailors.

Offering officers and enlisted personnel the option to delay leaving active duty service provides stability to the force at a critical time, according to Nowell’s NAVADMIN. Training and travel to new duty assignments are hampered by a Department of Defense-wide stop-movement order put in place to stem the spread of COVID-19.

Meanwhile, the policy also provides service members a way to avoid being thrust into a quickly degrading civilian job market. In a related move, the Navy is also allowing recently separated service members who might be finding it hard to secure civilian-sector employment the opportunity to return to active duty.

Last week, when Nowell’s NAVADMIN was released, the U.S. Department of Labor reported the single largest jump in initial unemployment insurance claims ever. Nearly 3.3 million Americans filed for unemployment insurance claims during the week ending March 21, an increase of 3 million claims from the previous week, according to the Department of Labor.

Requests to delay retirements and separations must be received by 1 July 2020. Anyone who recently left the service should contact their local prior-enlisted or officer recruiter, according to the Navy policy.

The new policy does not apply to service members who are at mandatory retirement age, service members approved for disability, officers who twice failed to select for promotion and are required to separate or retire, and anyone separating because of misconduct.

The policy, offering to delay separations and retirements for up to one year, comes as the Navy is aggressively growing the size of its force. While the Navy has for years been meeting recruitment targets, officials say, increasing the size of the force hinges on the Navy’s ability to retain experienced officers and sailors.

Anyone with questions about delaying a pending retirement or separation is instructed to contact their detailer, the Navy said.