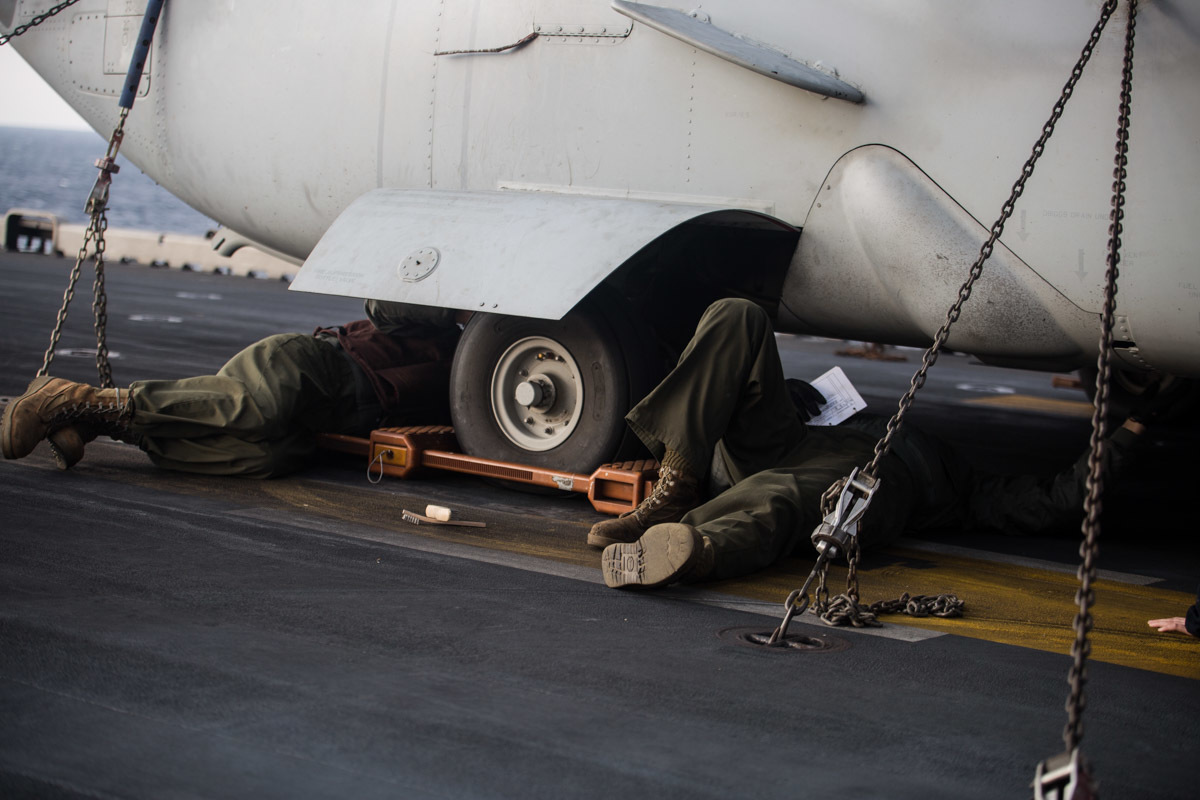 CAPITOL HILL – Manning and maintenance considerations are driving conversations about Navy and Marine Corps operations, as the two sea services rebuild readiness in the aftermath of fatal ship collisions and aircraft crashes in recent years.

The commander of Naval Surface Forces continues to forbid deployments when a ship isn’t fully trained and certified and properly manned, and the Marines’ Japan-based squadrons are now focused on limiting operations to only what their maintenance model can support after a December 2018 crash highlighted severe readiness issues in the forward-deployed fixed-wing squadrons.

For these Marines under III Marine Expeditionary Force, investigations following the crash between an F/A-18D Hornet from Marine All-Weather Fighter Attack Squadron (VMFA(AW))-242 and a KC-130J Super Hercules during a nighttime refueling training evolution highlighted serious readiness and culture concerns, and four of the squadron’s top officers were relieved of duty as a result. The commandant appointed a consolidated disposition authority (CDA) to oversee a wider investigation and possible disciplinary actions.

“One is, now the operational commanders all the way up look at the operational tasking and make sure that readiness is built into that,” he said. So even though there are many allies and partners who want to train with the Marines in bilateral and multilateral exercises, “we have to manage that and be selfish, if you will, to make sure that we are building in readiness so that our crews can train for the high-end fight.”

Rudder noted that readiness often dips while preparing for and executing big events with allies, so the squadrons need time to reset and rebuild readiness in between.

“[Line of effort] number two is, be maintenance focused,” he continued.
“Get the right manpower out there, make sure they have the right training. And then we have this new program that we put into place out there called Maintenance Capacity Model. You put in the type of maintenance Marines that you have in a particular squadron, and out the other end spits out what you can fly with that squadron within the realm of the amount of maintenance qualifications and numbers of maintenance personnel on the flight line.”

And third, he said, is a standardization compliance model that makes sure every squadron is following the basic safety requirements in place within Marine Corps guidance.

“Maintenance, safety and operations that make sure that within naval aviation, the policies and procedures – all the things we hold near and dear to our heart but typically are the ones that we skimp on in some cases to make the mission happen – are complied to in all cases,” he told lawmakers. 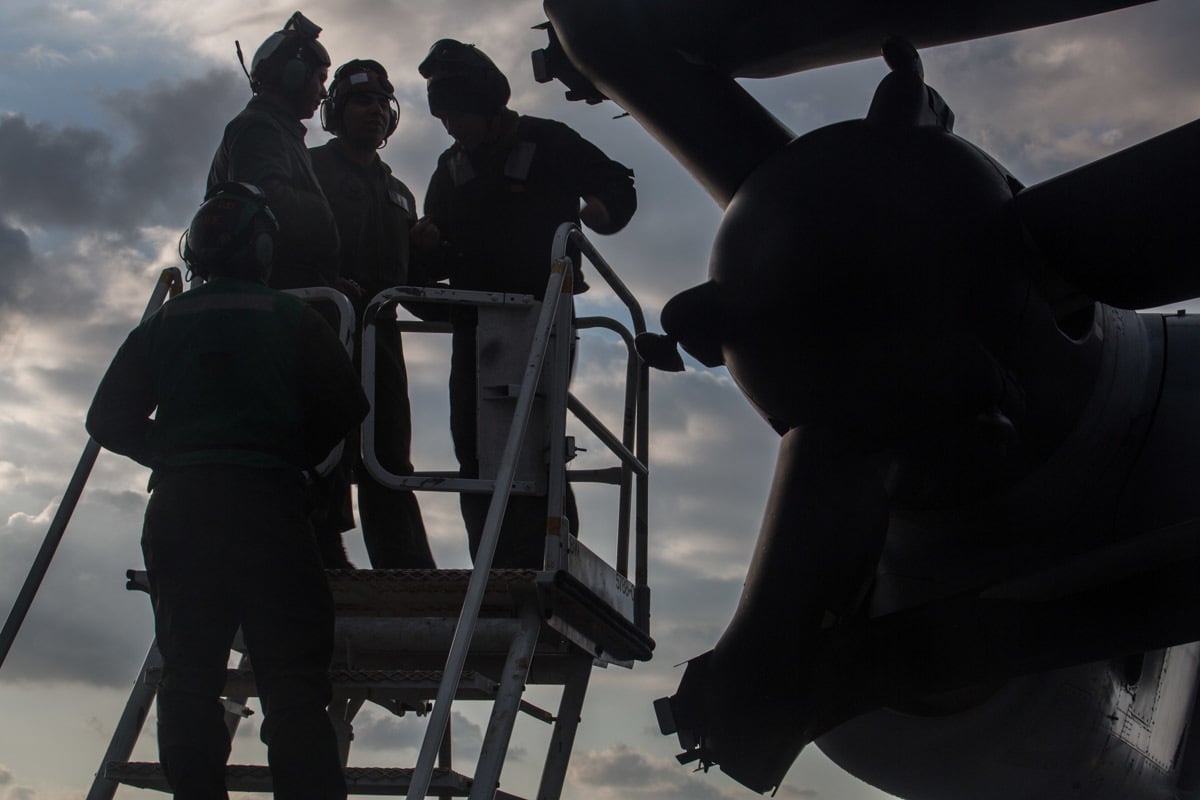 Rudder also explained that the Marine Corps is taking a hard look at increasing the number of maintenance personnel – and boosting the experience level of personnel who are assigned to III MEF – to address lagging readiness levels for III MEF squadrons.

“We knew early on, back in 2016 and 2017 from some of the other events that occurred, that we needed to change the manpower policy or ask for an exception to the policy. That policy is such that when you send an unaccompanied Marine to Okinawa or Iwakuni to work on airplanes, he’s a two-year Marine. That means he’s only going to be in that organization for two years and then he goes back,” Rudder said, noting it can take two years for a young Marine to even get his or her specific designation as an aircraft maintainer.
“We changed policy to three years, so at least you get a year out of that Marine after he gets his designation to the maintenance department.”

Some Marines may even further extend their stay at III MEF thanks to a new reenlistment bonus. Thanks to a Fiscal Year 2018 retention plan, certain aviation maintenance Marines are eligible for a $20,000 reenlistment kicker that supplements other incentives – but only if they agree to stay in their same unit for the first two of their next four years.

Rudder wrote in his written testimony to the committee that, “This monetary package was designed to increase maintenance capacity and retain well-needed experience within specific units. The program has been widely successful. As of January 22 of this year, 80 Marines within [Marine Aircraft Group 12 under III MEF] had accepted this ‘kicker,’ 16 of which belong to VMFA-242. Across the entire fleet, over 1,900 Marines have accepted the ‘kicker’ since its inception in October 2017.”

Ultimately, he said, Berger “is trying to change the mindset of the United States Marine Corps that III MEF and the Pacific is where we send the best and brightest. III MEF is his focus, and he gets up in the morning and thinks about that theater and how we can get the right capabilities out there with the right Marines.”

On the Navy side, Vice Adm. Richard Brown told USNI News last year that he would not allow ships to deploy without being properly manned, trained and certified, and the right policies were in writing to ensure that continued long past his tenure as the head of surface forces.

He praised the service for its attention to proper manning on ships in recent years – since a pair of deadly destroyer collisions in 2017 exposed problems in forward-deployed ships out of Japan taking on missions without a full crew or without fully functioning ships.

“We have done a very good job over the last couple of years about paying for the total ownership cost of manpower,” he said, saying the Navy buys about 98 percent of the manning requirement, which is sufficient to support the goal of having ships manned to 92 percent “fit” and 95 percent “fill” – having the right number of bodies with the right specialties and certifications – starting at the advanced training phase and through the deployment and sustainment phases of the Optimized Fleet Response Plan.

He said it would take the Navy buying 120 percent of the manning requirement for ship crews to keep up that 92/95 fit/fill level throughout the entire 36-month OFRP cycle, which he said wasn’t worth the money. 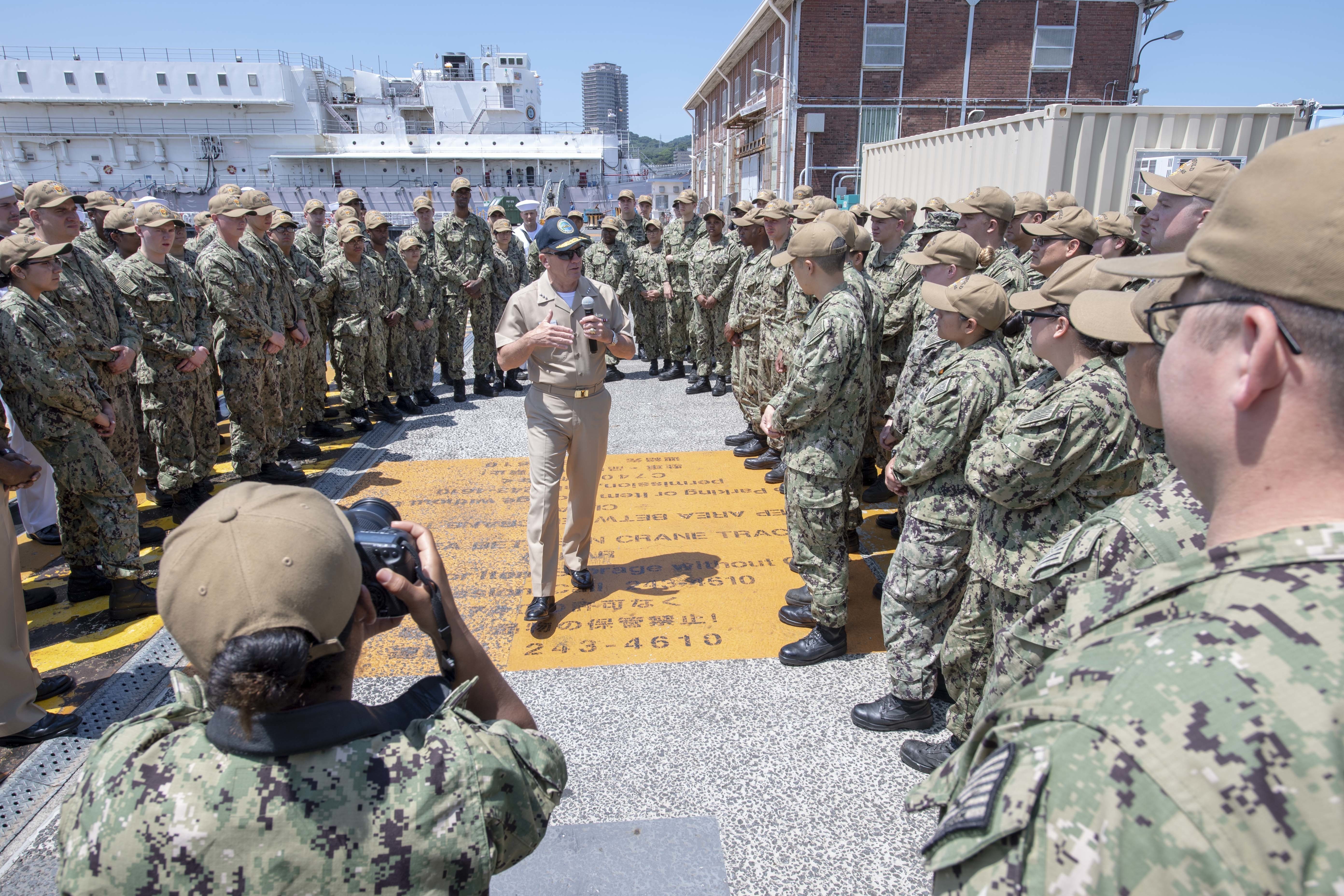 More changes are coming to surface ship crews, he said, and he’s constantly studying the issue to make sure the surface fleet gets it right.

Destroyers today have 25 more sailors than their crews did in 2012, he said. By 2023, that figure will rise to 45 more than in 2012. Part of that increase comes from a study during Brown’s past two years as SWO Boss.

That study also looked at a 67-hour workweek instead of a 70-hour workweek, following concerns that crews on forward-deployed destroyers were working triple-digit hours in a week to make up for too many operational tasks with too few people.

And he’s not done tweaking destroyer manning to make sure the surface fleet doesn’t revert back to the force of 2017 that was so accident-prone. In a study with the Naval Postgraduate School, Brown compared the performance of one destroyer in the basic phase of training with another destroyer that was manned “to a much higher level.”

“It’s kind of a statement of the obvious: if you have more people, there’s less work for each individual person,” he told USNI News after the hearing.
“But what we really wanted to know was, was there a significant difference between the ships’ scores and how well they did in the basic phase, and there really wasn’t. In one instance the control ship did better, who had less people, and in another instance, the ship that had more people did better.”

But, he said, he was unhappy with some of the controls on the experiment and wants to redo it soon because “I think there might be something there.”

The Navy is also in the midst of growing the size of its fleet, which of course requires more sailors and will strain the Navy to not only recruit and retain more people but also to pay for that larger force.

Asked if he’s committed to the larger destroyer crews even as the number of ships in the fleet climbs ever higher, Brown said, “absolutely, it’s the right thing to do.”