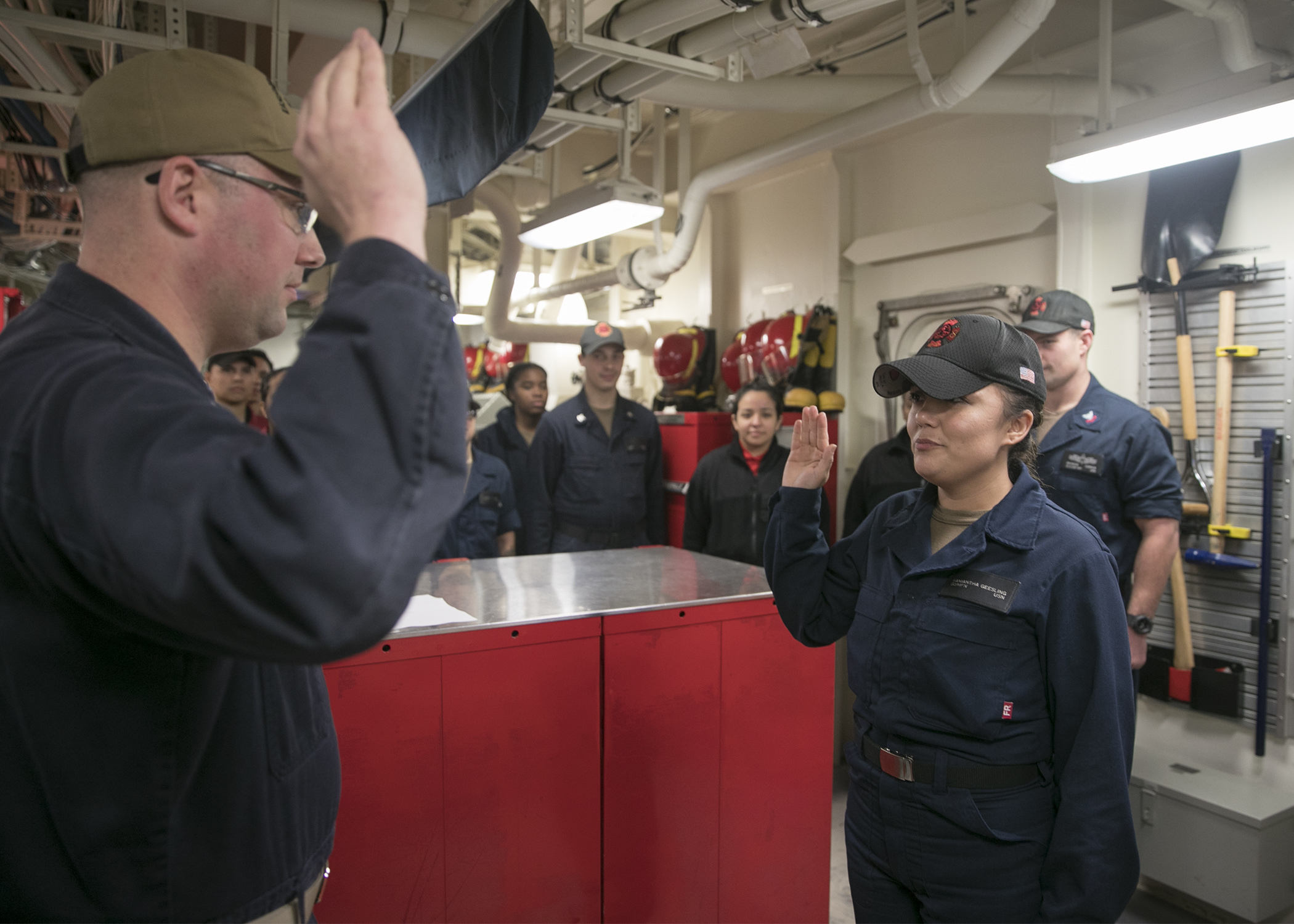 The Navy hit its 2019 retention goals for early and mid-career sailors, in large part because of what the top enlisted sailor at Naval Personnel Command called a culture shift.

The data collected by Naval Personnel Command details the success – an overall 76 retention rate for enlisted personnel whose first, second or third term contracts were due to end in 2019.

The Navy has to keep people in the force because the Navy is growing. The Navy is authorized to increase the force to 340,500 active duty personnel – including both enlisted and officers. The Navy has a target of bringing in 40,000 new sailors in 2020, but hitting the end-strength goal requires high retention rates, said Fleet Master Chief Wes Koshoffer.

“In order to really grow at the pace we want to grow, you have to have these high retention numbers,” Koshoffer said.

As for why the Navy posted strong retention numbers during what is considered a strong economy with plenty of job opportunities in the civilian world, Koshoffer said there’s no single answer. Still, a large part of the reason sailors are staying in the Navy is a change in culture.

During the past several years, Koshoffer said the Navy made several changes that serve two purposes – to provide solutions to problems facing sailors and to show the force leadership is listening to their concerns and taking action.

“Our stance on families years ago, when I was a very, very young sailor in the Navy facing a particularly challenging personal situation or family situation, the moniker was ‘family didn’t come in your seabag shipmate. We need you’,” Koshoffer said. “That is no longer our mantra.”

Maternity leave is 12 weeks for female sailors and the parent not designated with primary child care responsibilities following the birth or adoption of a child gets two weeks of non-chargeable leave, according to the Navy. 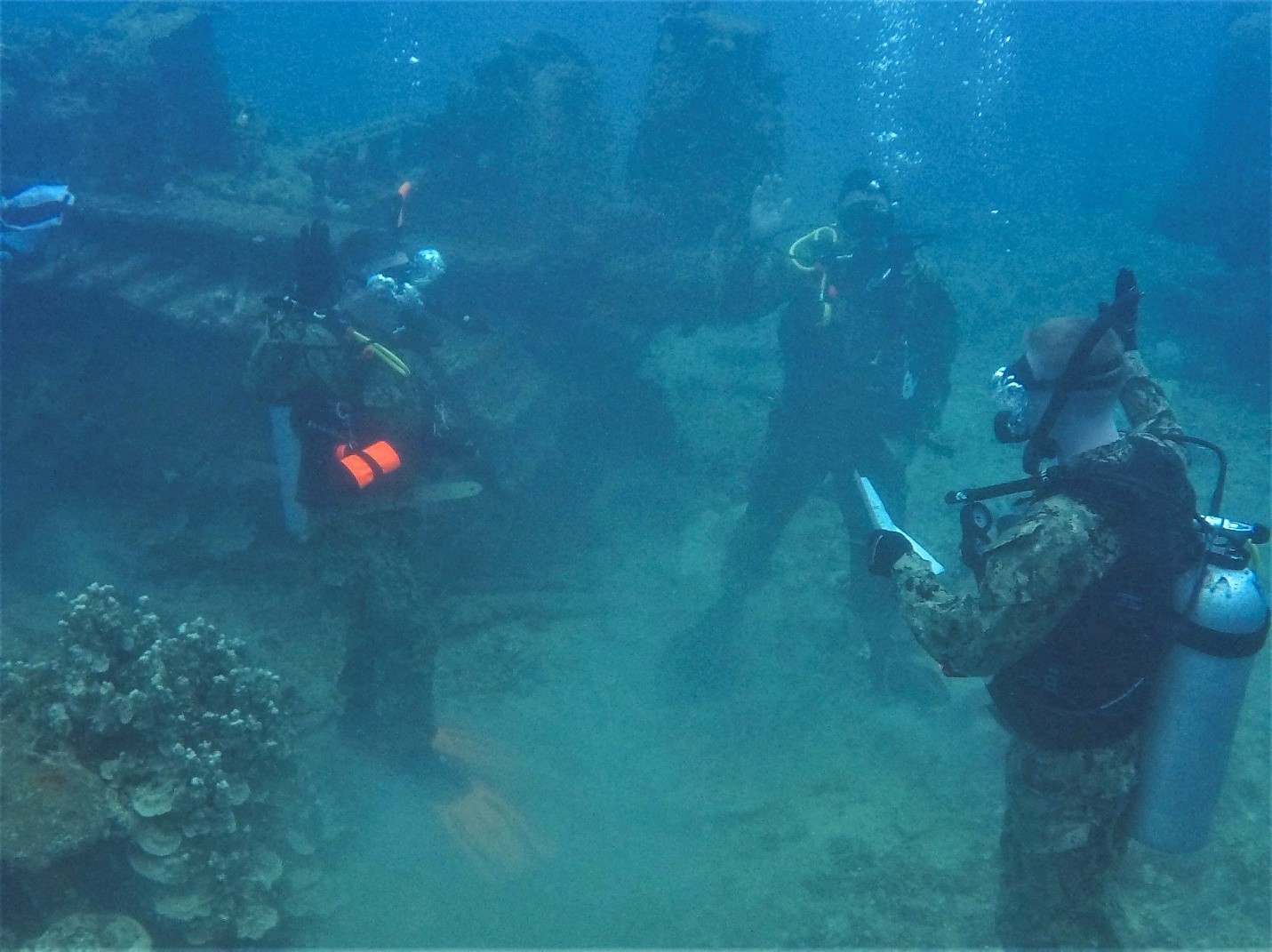 A significant feature of the new tool, Koshoffer said, is sailors now can see all the job openings during their detailing window. For years, sailors complained the detailing process was shrouded in too much secrecy. The new system gives all sailors a view of the jobs available.

“MyNavyAssignment, 100 percent of the reason why we show every job available to the sailors was sailor demand for transparency,” Koshoffer said. “We heard you; we listened, we made the change.”

The result is increased retention is directly helping the Navy properly staff ships. During an appearance at the 2020 Surface Navy Association, Commander of Naval Personnel, Vice Adm. John Nowell explained ships at sea are better staffed now than they were at the end of 2018. With more sailors remaining in the Navy, the service has fewer billets to fill when building crews and strike groups before deployments.

As an example, in 2012, the average crew size of an Arleigh Burke-class guided-missile destroyer on the day it deployed was 240 sailors, Nowell said.

Koshoffer said such proper staffing of crews is critical for the Navy to retain sailors. When crews are understaffed, sailors end up performing more tasks and get burned out quickly. Recruiters have a harder time getting sailors to reenlist when their contracts are up, and increased numbers of sailors fail to complete their enlistment contracts, a scenario called attrition.

“If you don’t have enough people to start with, attrition breeds attrition,” Koshoffer said. “The work just piles up for the people left on deck.”

However, not all segments of the Navy are growing. Information Technology ratings are a challenge, Koshoffer said. The lure of big salaries in the civilian world is very tempting.

“I 100 percent believe our culture is shifting. We are listening more and we are providing more options, and we’re doing it in meaningful ways,” Koshoffer said.