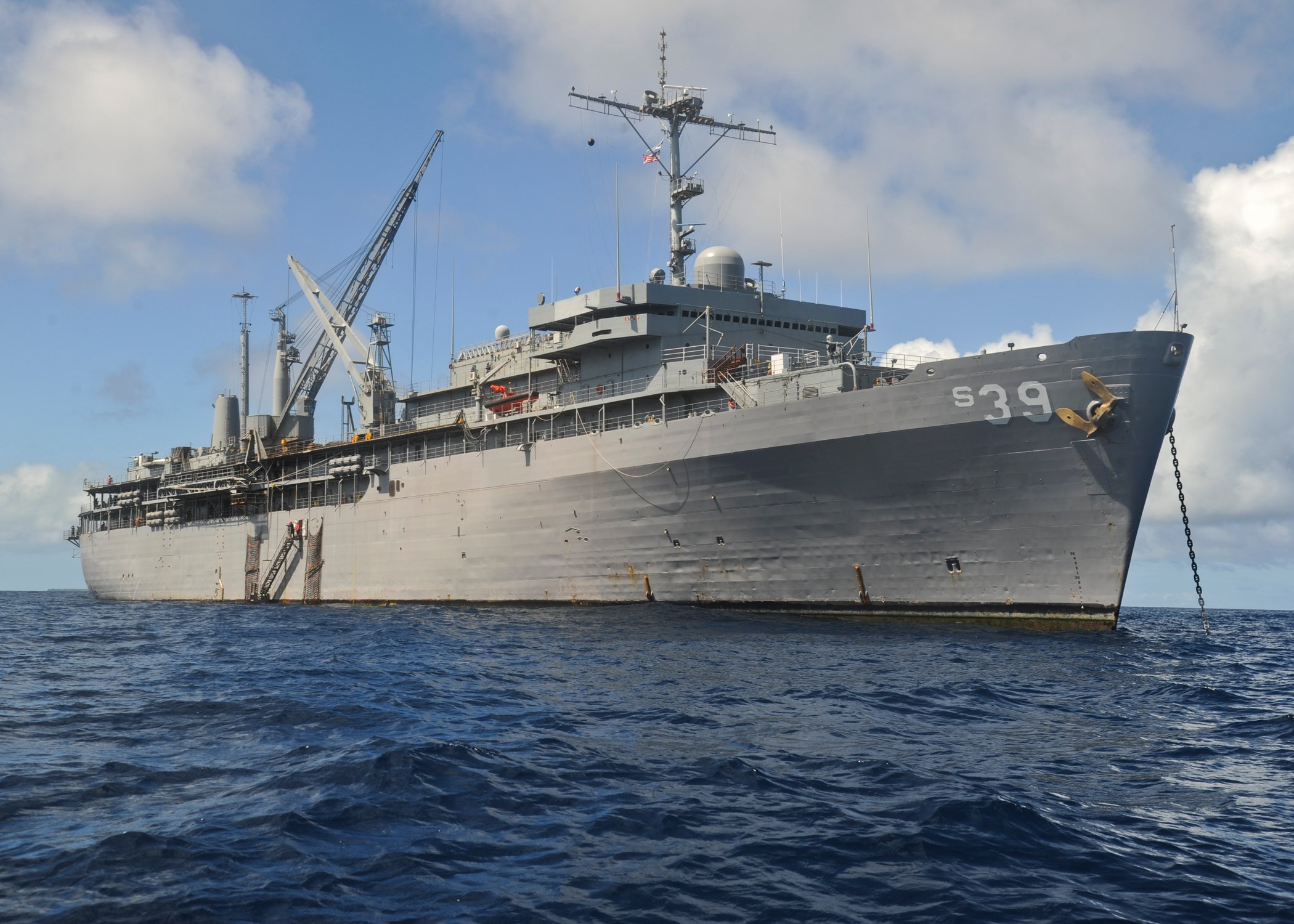 ARLINGTON, Va. – The Navy and industry are taking another crack at designing the Common Hull Auxiliary Multi-mission Platform (CHAMP) in the hopes of reducing costs by starting with a commercial hull design as a baseline.

Program Executive Officer for Ships Rear Adm. Bill Galinis acknowledged earlier this month that previous designs from industry-led to cost estimates upwards of $1 billion per hull, for the program that seeks two variants: one to cover sealift, and one to focus on tasks such as sub-tending and command and control.

The Office of Management and Budget rejected the high cost estimates in a December 2019 memo, as first reported by Inside Defense.

Galinis said the original idea – a single hull design to cover five mission sets – is inherently not optimized for any of the missions, which drove some cost into the original plan.

“Working with the shipyards, we got a lot of good feedback. Our concept was one hull form across four or five different mission areas. … Industry came back and said, hey, you might want to look at two different hull forms” to better optimize one hull for volume and one for people, and Galinis said this idea did bring down costs. Galinis spoke about the CHAMP program during a panel presentation at the annual Surface Navy Association conference.

However, given the pushback from OMB and an acknowledgment from the program office that the original requirements were above where they really needed to be, Galinis said the Navy asked its industry partners to go back and start with a commercial hull design, adding in the military-unique requirements only where needed. 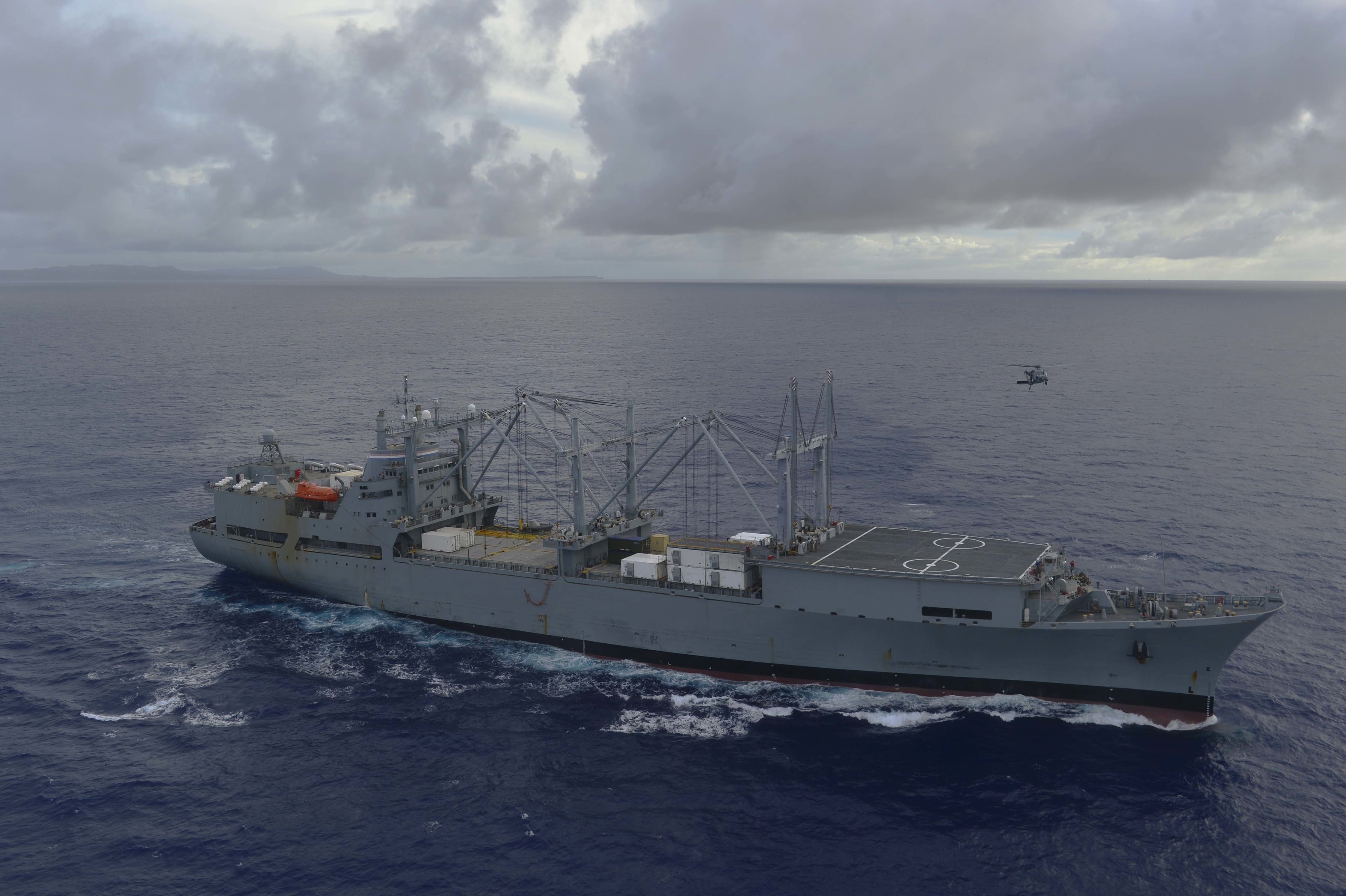 An MH-60S Sea Hawk helicopter, assigned to the “Island Knights” of Helicopter Sea Combat Squadron (HSC) 25, prepares to land aboard the aviation logistics support container ship SS Curtiss (T-AVB 4) off the coast of Guam during Valiant Shield 2018 on Sept. 19, 2018. US Navy photo.

Galinis said commercial designs wouldn’t have things like weapons-handling capabilities , cranes to move tanks or other very heavy loads, or the communications capabilities needed for some of the missions, but he said the shipyards have shown innovative ideas on how to adapt their existing hull designs and add those capabilities in as needed.

“Conceptually, when you start with a ship design that’s already built, already out there, there’s a lot of efficiencies to be gained with that. And then we’re adding in, as I said, the Navy-unique requirements as we go forward,” he told USNI News after the panel presentation.

He added that the Navy is still going through the pricing on the new ideas industry is sending in, but he’s confident the cost is coming down after this new look at what CHAMP needs to be.

A year ago the Navy announced it wanted to split the CHAMP program into two variants. The sealift variant would need to hold a massive amount of cargo – in the event of a war, the sealift fleet might bring as much as 90 percent of the Army and Marine Corps’ tanks, armored vehicles, artillery and other large equipment across the seas to the warzone. The second variant would support missions that people are conducting at sea – hospital ships, command and control ships, submarine tenders and aviation logistics ships – where the hull could perhaps be smaller but would require more sophisticated berthing and workspaces.

“We’re trying to recapitalize these five mission areas, and we want to try to do it in the most economical, most affordable way possible. So what does that mean? That means trying to leverage the propulsion plants, the hull designs – not paying for five different sets of [non-recurring engineering] for five different ships, so trying to find a common propulsion plant, a common hull as much as we can,” Capt. Scot Searles, the Strategic and Theater Sealift program manager under PEO Ships, said at last year’s SNA conference.

Noting that auxiliary ships are important to supporting a larger Navy fleet and the joint force, but that practically speaking they are a lesser priority for funding than something more in-demand like an aircraft carrier or attack submarine, Searles said, “we have to be able to get all of the capability we need at the best price possible, because once you get that far down the food chain, every penny counts. So we’re seeking from industry to tell us, what are the hot production lines, what are the things we can do to leverage commercial designs for these auxiliary ships.” 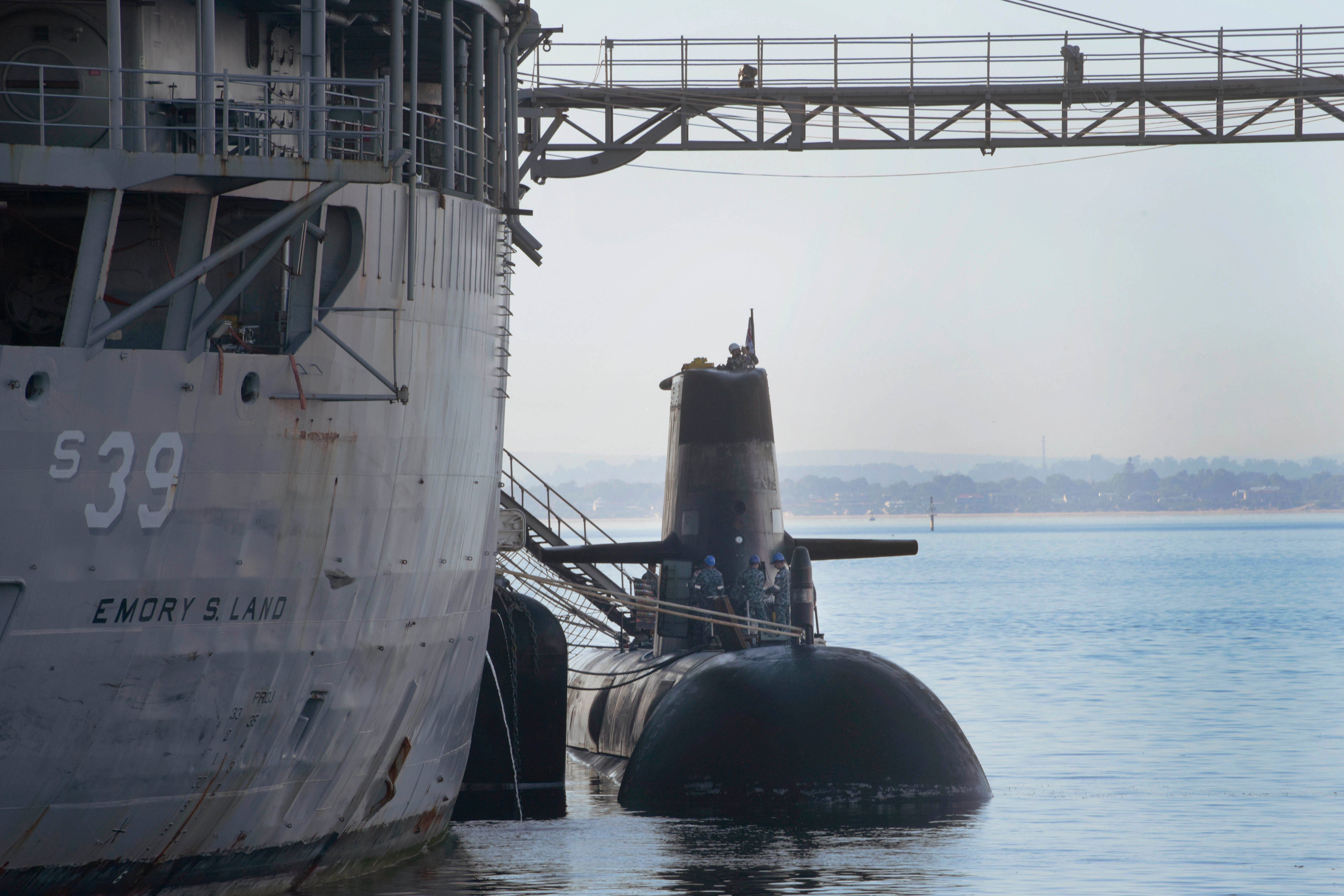 In May 2019 the Navy awarded industry study contracts to four shipyards – Bollinger, General Dynamics NASSCO, VT Halter and Philly Shipyard – to help the program office go through these design iterations.

Former Navy Secretary Richard V. Spencer, though, cast doubt on the Navy’s ability to support the CHAMP ships – even at a much lower price tag than the $1 billion estimate – in remarks in May 2019, when he said it was hard to ask Congress for money for these new ships when he could ask for far less money to buy used sealift ships.

“Putting my business hat on for the business case, I can’t afford a lot of $600-million ships. I can’t really afford a lot of $400-million ships, when I can go out and buy used [roll-on/roll-off ships] for $35 to $40 million. I’m up on the Hill asking to get a little more relief – I said, I don’t want to abandon shipbuilding, please don’t get me wrong, but I need a quick little shot in the arm on the ability to rebuff and rebuild … my ability to deliver on the high seas,” the former secretary said.