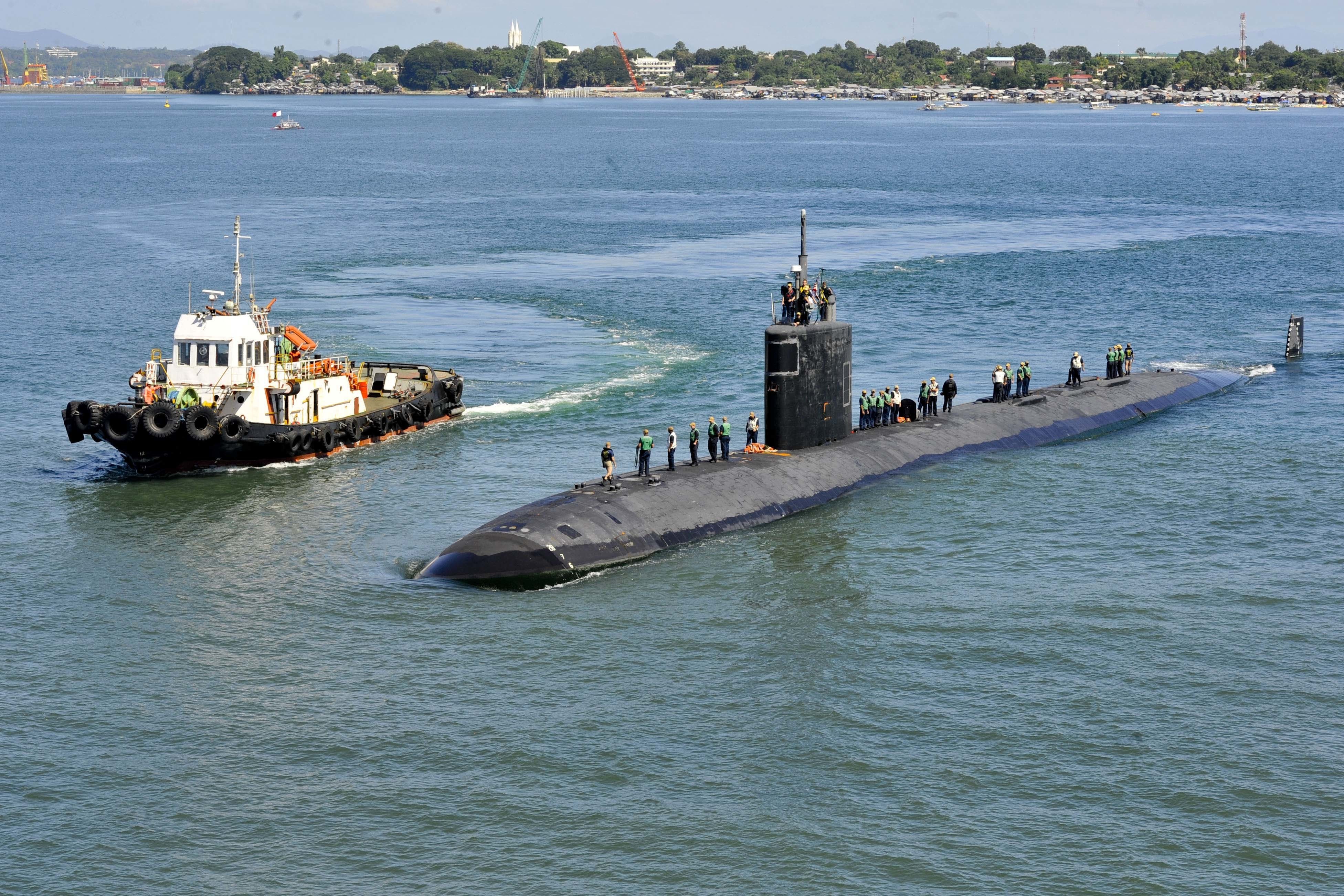 The Navy last year began work to find a common design as a replacement for several auxiliary ships that are rapidly approaching the ends of their service life – a hospital ship, a command and control ship, a submarine tender, and aviation logistics ship and sealift ships.

“We’re trying to recapitalize these five mission areas, and we want to try to do it in the most economical, most affordable way possible. So what does that mean? That means trying to leverage the propulsion plants, the hull designs – not paying for five different sets of [non-recurring engineering] for five different ships, so trying to find a common propulsion plant, a common hull as much as we can,” Searles said.
“We started out thinking it was going to be one hull; we got some initial feedback from our industry study and our [requests for information], and what we found in our own examination as well as in our industry feedback is that these five mission areas fall into two basic categories: one is a very volume-intensive category, where you need a large volume inside the ship – that’s the sealift mission, where we’re trying to carry a lot of Marine and Army cargo. The other pocket it falls into is a people-intensive mission; when you talk about a hospital ship or a submarine tender, you’re talking about a lot of people. So the people-intensive ships didn’t need as much internal volume, so we actually found those could be a smaller ship, but needed to have more berthing capability.”

As the Strategic and Theater Sealift program office looks for options to meet these needs, it also has two ships with hot production lines that have been repeatedly extended by the Navy: the Expeditionary Fast Transport (EPF) made by Austal USA in Alabama and the Expeditionary Seabase (ESB) made by General Dynamics NASSCO in San Diego.

Both Austal and NASSCO – as well as EPF and ESB operators – have noted the vast space that both ships designs have and the flexibility to use that space for many missions, including as a medical facility. The EPF is already built with some medical spaces, but a massive passenger bay inside the ship and nearby the medical space could be outfitted with more patient beds, more operating rooms, and so on. The ESB has a wide-open mission bay that is used for small boat operations today, but leaders aboard that ship told USNI News previously that the space could easily be used as a hospital. USS Lewis B. Puller (ESB-3) has already experimented with hosting an Expeditionary Resuscitative Surgical System (ERSS) team that provided a Role II medical facility from a tent on the flight deck with no modifications to the ship at all. 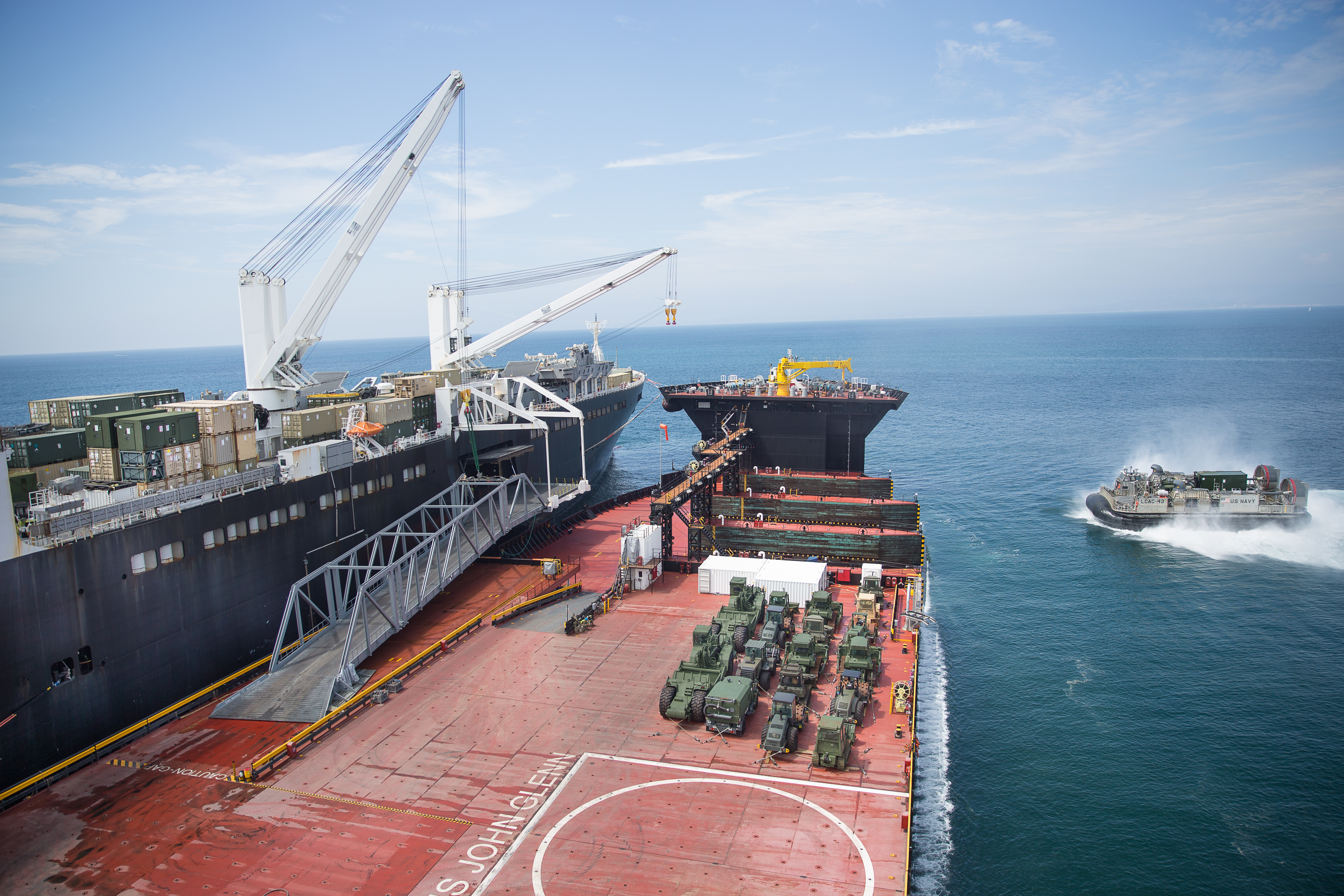 Searles told USNI News during his presentation at the SNA conference that the industry studies are meant to generate these kinds of ideas and that, with cost being so important to the CHAMP program, hot production lines and mature technologies could be leveraged.

“When we look at EPF, ESB, as well as the other platforms that are out there, what we’re seeking from industry: tell us. That is the whole point of the industry study, is to tell us the most affordable way to recapitalize these ships. When we look at the sealift portfolio and the relative priority of sealift ships among carriers, submarines, combatants, auxiliaries, small boats – where does sealift fall in? Obviously we’re in the auxiliary category, and so when the Navy the Nation Needs and the buildup to the 350-ship navy – as we look at that, where do we fall in the relative priority, we have to be economical,” Searles said.
“We have to be able to get all of the capability we need at the best price possible, because once you get that far down the food chain, every penny counts. So we’re seeking from industry to tell us, what are the hot production lines, what are the things we can do to leverage commercial designs for these auxiliary ships.”

The captain said the auxiliary ships don’t have to meet military specifications – in fact, the ESB is derived from a commercial oil tanker and has mostly commercial-standard systems – which should help keep costs down. The flight deck would have to meet military specifications, and medical spaces would have to meet U.S. Navy Bureau of Medicine and Surgery (BUMED) standards, but “the propulsion plants can be completely commercial. So we need to leverage that kind of thing, hot production lines, existing commercial technologies, all those things that make ships affordable. That’s what we’re looking for to try to capitalize on with the industry studies.”

The EPF production line in Mobile is still churning out ships. The Navy previously planned to buy 10 hulls, but lawmakers have continued to give the sea service money for more. The Navy now has the funds for its 13th and 14th ships and is negotiating those contracts with Austal.

On the ESB line, the Navy previously took a commercial oil tanker design and created an Expeditionary Transfer Dock (ESD) that allows prepositioning ships to offload goods onto the ship at sea, personnel unpack the large shipping containers, and then surface connectors onload goods to bring ashore. After the Navy bought two of these ESDs, the service added a flight deck across the top of the design and created the ESB – for which Congress has already appropriated funds for the fourth and fifth and for which the Navy is negotiating with NASSCO.

The program office released a request for proposals for its industry studies on Jan. 8, and responses are due Feb. 15.

When the Navy eventually accepts delivery of these new CHAMP ships, the first ones will tackle the sealift mission, followed by the submarine tender mission, based on fleet feedback and ship retirement schedules. These auxiliary ships will be used in the fleet via the Maritime Prepositioning Force. Current MFP ships, many of which are about halfway through their service life, will go into reduced operating status and be held in the Military Sealift Command surge fleet. And the hulls in the surge fleet today, which are quite old and many of which use steam propulsion plants, will be retired.

To bolster the surge force until the CHAMP hulls begin delivering, the Navy will also do some service-life extension work on the hulls and buy used auxiliary ships as needed, Searles said.