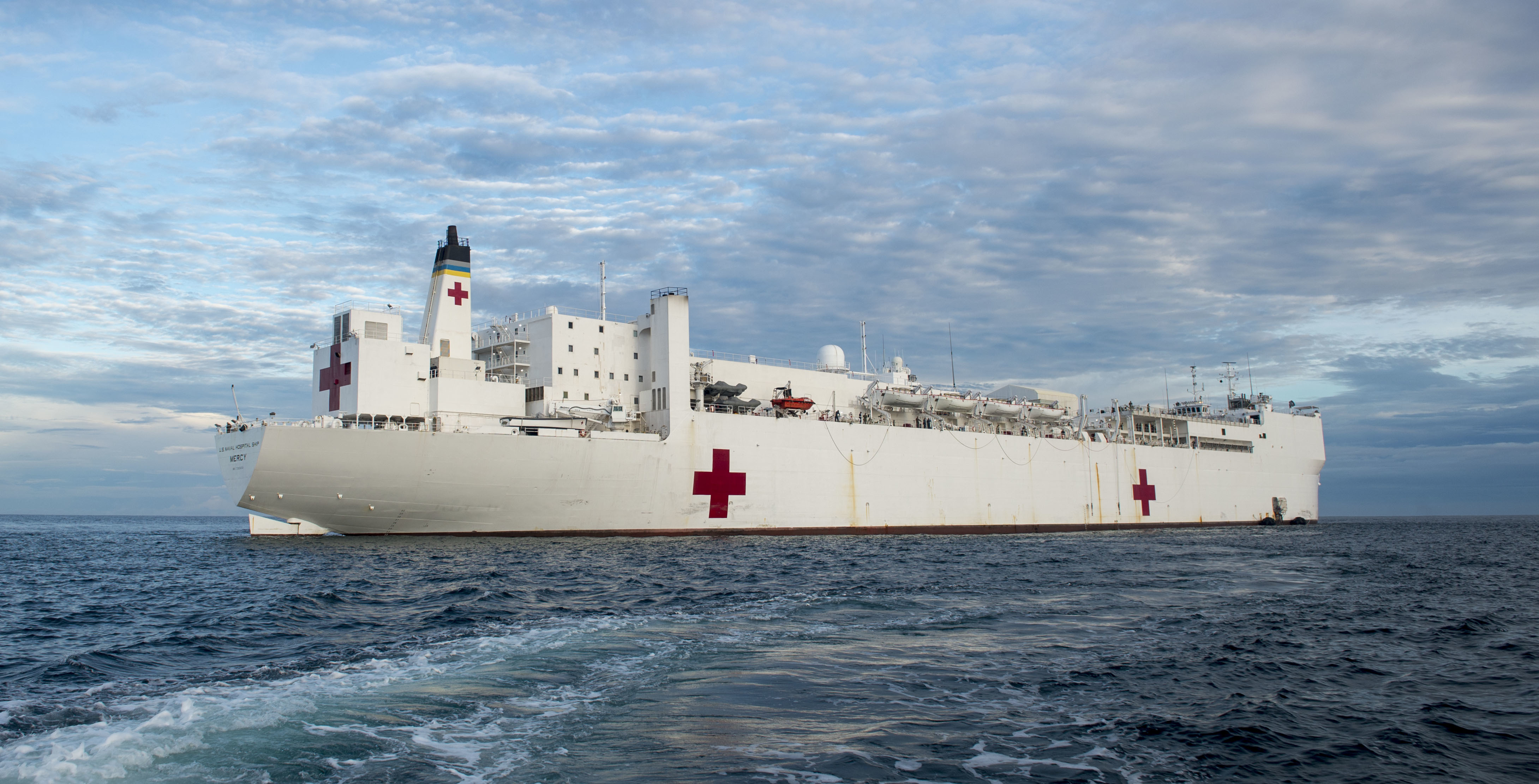 The U.S. Navy hospital ship USNS Mercy (T-AH 19) is anchored off the coast of Bengkulu, Indonesia, in support of Pacific Partnership (PP) 2018 on March 30, 2018. PP-18’s mission is to work collectively with host and partner nations to enhance regional interoperability and disaster response capabilities, increase stability and security in the region and foster new and enduring friendships across the Indo-Pacific region. US Navy photo.

The Navy has created yet another Requirements Evaluation Team to look at filling a future fleet need, this time to analyze its need for a hospital ship and platforms for other intra-theater missions, the deputy chief of naval operations for warfare systems said in a hearing Thursday.

During the hearing, House Armed Services seapower and projection forces subcommittee chairman Rep. Rob Wittman (R-Va.) said, “the Navy’s plan to essentially do a service life extension on the (hospital ship T-AH-20 USNS) Comfort I think becomes more of a challenge than what I think this nation is willing to accept as far as the risk it poses to us,” he said, noting the importance of having high-quality emergency medical care available for troops and for humanitarian assistance missions.

“We have made plans to do a service life extension of both ships – that’s a Role 3 level capability, those are floating hospitals. The problem with those ships is, there’s only two of them, and they’re big, and we’re moving to a more distributed maritime operations construct,” Vice Adm. Bill Merz said.
“So we have recently commissioned what we call a Requirements Evaluation Team to look at intra-theater missions, and there’s a whole collection of missions that we’re trying to get our arms around. One of them is a distributed hospital capability, and these are going to be fairly challenging requirements: it’s going to have to be able to support a V-22, for instance, so how do you manage the size of that and the speed and how it’s going to go. So there’s no lack of commitment; matter of fact, we’re taking a broader look at the capabilities on whether or not they are aligned with the way we plan to fight our future battles. So you’re going to see that requirement surface probably this year, and then we’ll start the process on how we’re going to fill that requirement.”

Under the RET process, acquisition, requirements and operational experts come together to discuss the Navy’s requirement to fill a particular mission, and they bring industry representatives in early on to discuss what material solution could be provided at what cost point. Under this model, all stakeholders – using computer tools that allow them to generate numerous iterations of a ship design very quickly – can debate and refine a program’s requirements much faster and come up with a more mature and technologically informed set of requirements, compared to older requirements-generation methods, USNI News previously reported.

Assistant Secretary of the Navy for Research, Development and Acquisition James Geurts told USNI News after the hearing that the RET process is “a multidisciplinary team looking at all angles of a capability gap and then trying to determine from that the capability versus cost trade, and then putting those into requirements.” He said the Navy has used the process several times now and it seems to be working well.

Merz said the RET approach – which USNI News reported in December was being used to look at a cruiser replacement and the rest of the Future Surface Combatant family of systems, and had been used for the frigate program as well as to find a new mission set for the Zumwalt-class destroyers (DDG-1000) – “is already bearing fruit with the spectrum of designs we get to work through” due to bringing together not only Navy requirements officers and operators but also industry. 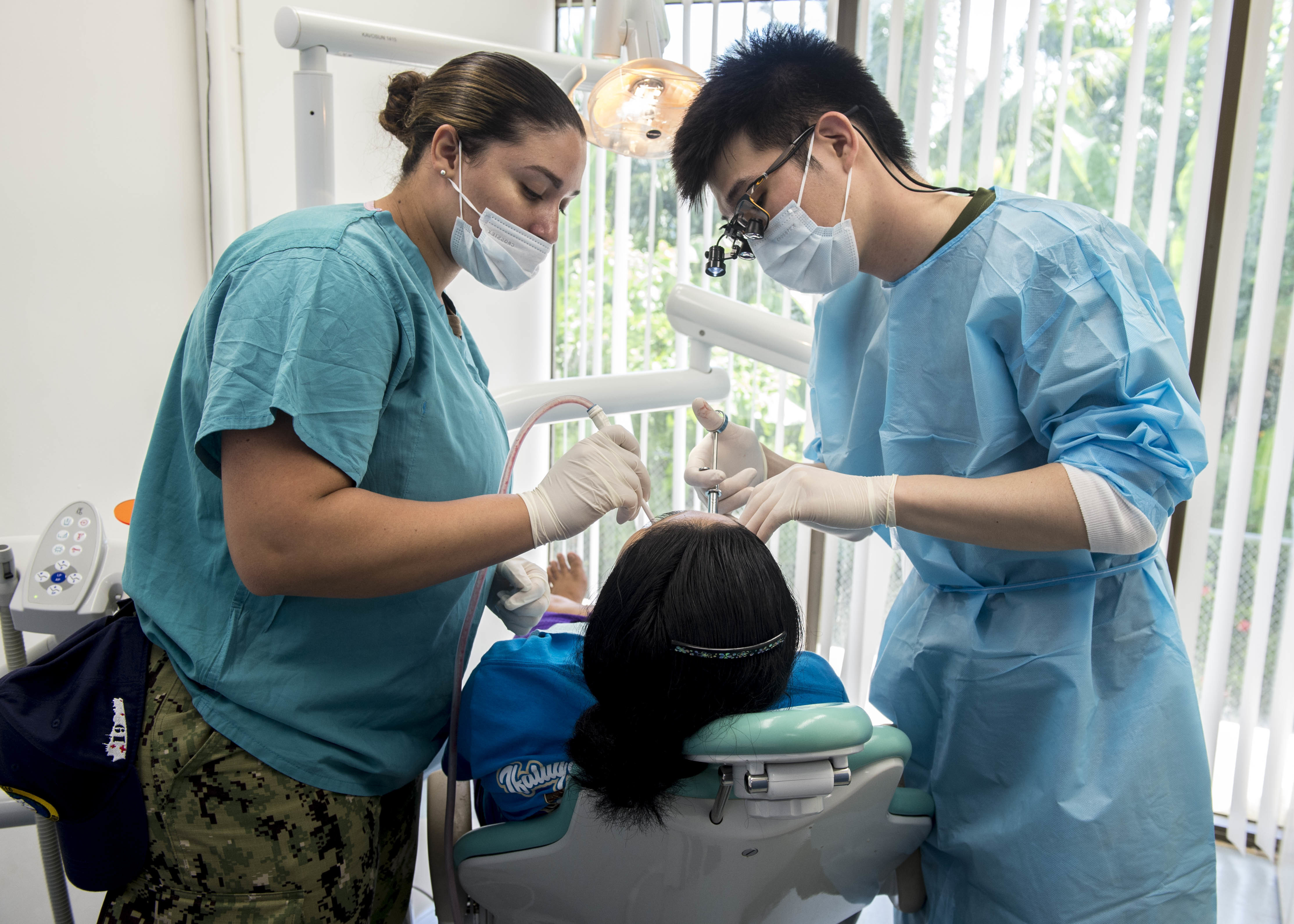 The creation of the RET to look at the hospital ship mission is new. Merz testified to the same subcommittee on March 6 and said at the time that “we’re going to have to do something with the hospital ships.”

He acknowledged the need to extend the life of Comfort because “the replacement’s not ready, so we are evaluating what it would take to do a life extension on her. Her sister ship is in good shape, she’ll be around for quite a while, and there may be other opportunities to fill in the sea-based medical support that we need to provide. So we’re casting a wide net on how to meet that specific capability.”

Industry has proposed several potential solutions for a future hospital ship. The Spearhead-class Expeditionary Fast Transport ships (EPF-1) have a vast amount of space that could be turned into medical and surgical rooms – either as a standalone medical ship, or as something of an ambulance ship to treat patients while en route to a larger hospital ship. The Expeditionary Sea Base ships, such as USS Lewis B. Puller (ESB-3) operating in U.S. 5th Fleet today, have already experimented with bringing on medical packages. The massive, wide-open ships have plenty of space to accommodate future additions for part-time medical facilities as needed, or could be purpose-built as a medical ship that more closely resembles Comfort and sister-ship USNS Mercy (T-AH-19).

Wittman noted both these ideas during the hearing this week, and Merz replied that “everything’s a potential” at this point.

In the March hearing, Lt. Gen. Robert Walsh, deputy commandant of the Marine Corps for combat development and integration, said there were plenty of benefits to using a proven hull like the ESB or EPF to fill the medical ship role.

“When you talk about the industrial base and continuing to build ships, it isn’t always build the exact same thing, it’s how do you repurpose what you already have. And I look at opportunities there in the ESBs along with the EPFs,” Walsh said.
“Tremendous capacity and capability in both those ships to be able to use them for a lot of different reasons, and certainly on the medical side it’s very clear [there’s space and capability] to bring packages” onto the ships to create an expeditionary medicine capability.

In that March hearing, Merz referenced a Common Hull Platform design that could replace several sealift and other fleet needs such as a submarine tender and a command ship. The hospital ship mission could potentially be wrapped up in this “CHAMP” common hull design, which he said the Navy hoped to accelerate. Ingalls Shipbuilding has previously pitched its San Antonio-class amphibious transport dock (LPD-17) design as the basis for a common hull, which includes a hospital ship variant.