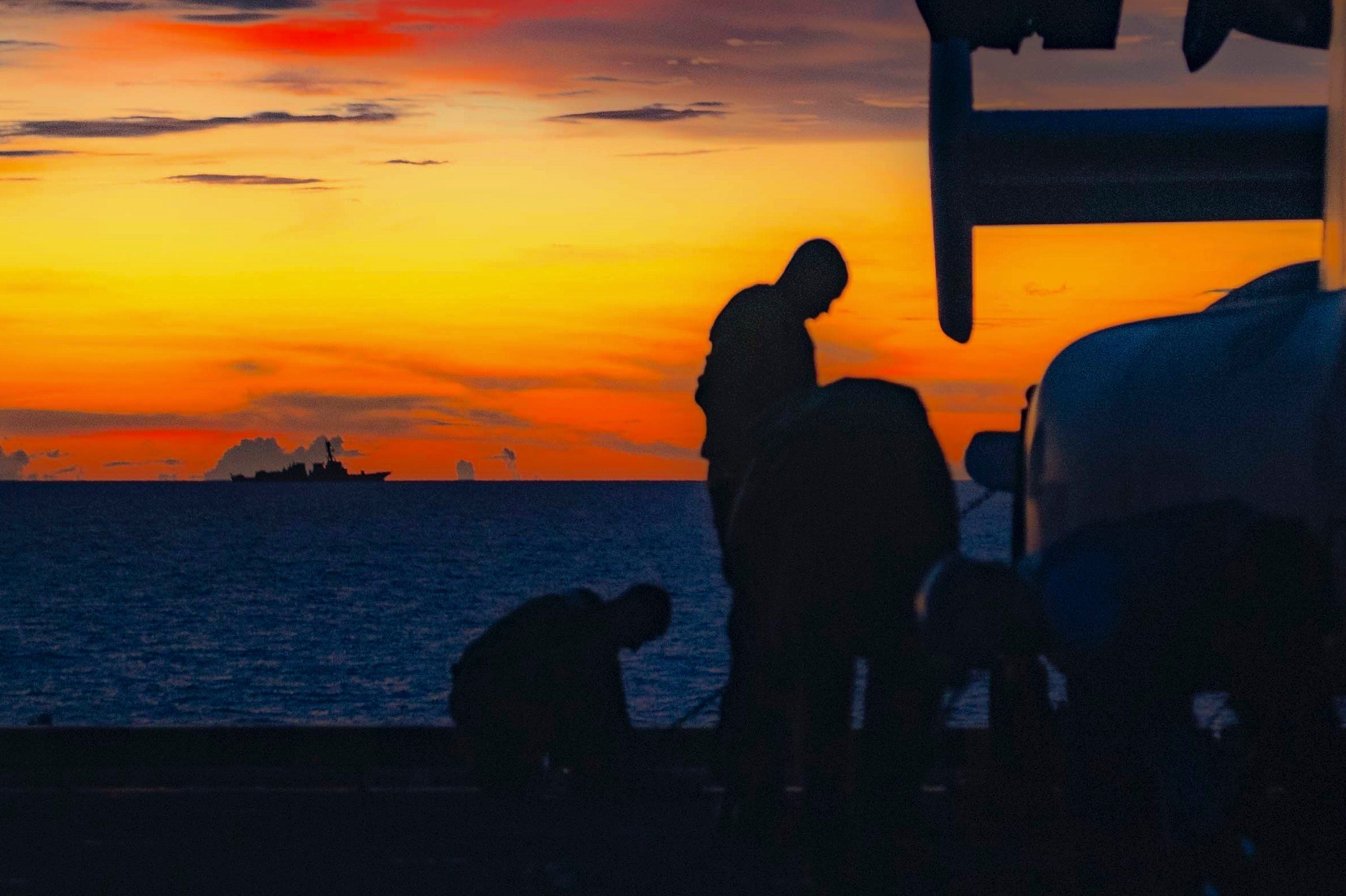 As Navy leaders shared holiday message videos today, they acknowledged that 2019 has been tough for the Navy in some ways and encouraged sailors to use the holiday season to take care of themselves and their families.

2019 continued to be a challenge for the sea service when it comes to suicides, with the Navy seeing rates still higher than the national average despite a focus on suicide prevention efforts within the service. One ship, USS George H.W. Bush (CVN-77), saw a string of three suicides in a week’s time this fall.

At the end of the year, the service saw two shootings on naval stations in one week. A sailor killed himself and two civilian workers and injured a third civilian at the Pearl Harbor Naval Shipyard on Dec. 4. On Dec. 6, a Saudi naval flight student at Naval Air Station Pensacola went on a shooting spree that killed three American sailors and injured several more.

“As a Navy, we have accomplished significant milestones this year, but we have also experienced devastating loss, most recently in Pearl Harbor and Pensacola,” Master Chief Petty Officer of the Navy Russell Smith said in a holiday video message with the chief of naval operations.
“During this holiday season, when we often focus on the things we are grateful for, please know the Navy is grateful for you and for your family’s service.”

In a separate video, Acting Secretary of the Navy Thomas Modly said, “remember to be safe and to look out for your brothers and sisters and their families, particularly those who will have an empty chair at the holiday table.”

U.S. Southern Command commander Adm. Craig Faller said in a video with his wife that “we made a difference in 2019. We built trust within our team and with our partners. We worked tirelessly for lasting security in the Western Hemisphere, our shared neighborhood.”

“Take care of yourselves and your families. Reach out to someone you don’t know. Remember this: this team of ours and our dream of freedom and prosperity are built one person at a time,” Faller added.

In his video with MCPON, CNO Adm. Mike Gilday concluded, “as we look forward to the new year, let’s recommit ourselves, every one of us, to the core values that we share as a Navy. We wish you and your family a happy and healthy 2020, and we’ll see you in the fleet.”