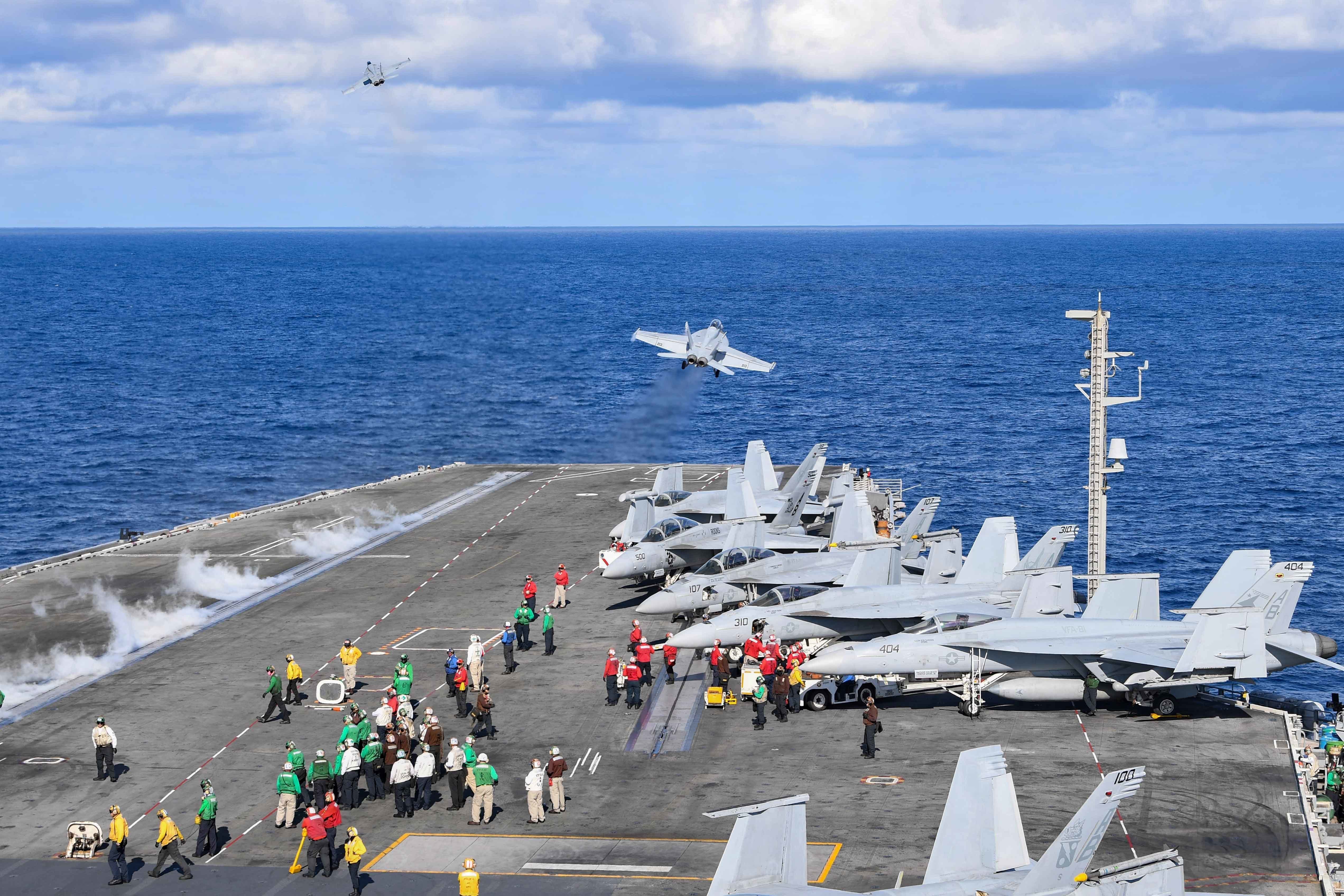 USS Harry S. Truman (CVN-75) crossed into the eastern Atlantic Ocean on Sunday, entering the U.S. 6th Fleet area of responsibility as part of a deployment widely believed to include relieving USS Abraham Lincoln (CVN-72) in the Middle East.

“We are ready to continue our steadfast commitment to our allies and partners in U.S. 6th Fleet,” Rear Adm. Andrew Loiselle, the commander of the Truman Carrier Strike Group, said in a statement. “These vital sea lanes must remain open for global commerce and prosperity, and nothing in the world is able to foster regional security like a carrier strike group.”

Truman quietly left Norfolk, Va., for deployment late last month after being sidelined since the end of August with an extensive electrical malfunction. This is the second deployment for Truman since 2018.

As the Navy worked to correct the problem with Truman’s electrical distribution system, Abraham Lincoln’s deployment to the Middle East was extended.

Lincoln departed Norfolk on April 1 for an around-the-world deployment scheduled to end with a homeport shift to San Diego. Lincoln has remained in the region longer than what would be expected with a typical seven-month deployment.

Truman’s delayed departure also spurred the Navy to deploy the carrier escorts from the Truman CSG without an air wing or carrier to escort, forming a surface action group.

Destroyer Squadron 28, with Arleigh Burke-class guided-missile destroyers USS Lassen (DDG-82), USS Farragut (DDG-99) and USS Forrest Sherman (DDG-98), worked up with Truman and its air wing during the summer. In September, these ships deployed as a SAG and are now in the Persian Gulf supporting the Abraham Lincoln CSG, whose own escorts left the region once relieved.

Arleigh Burke-class destroyers USS Bainbridge (DDG-96) and USS McFaul (DDG-74) are accompanying Truman as it cruises east, Lt. Andriana Genualdi, a Navy spokesperson, told USNI News. Bainbridge had been part of the Lincoln CSG and returned home to Norfolk in early November from deployment, before heading out again to escort Truman.