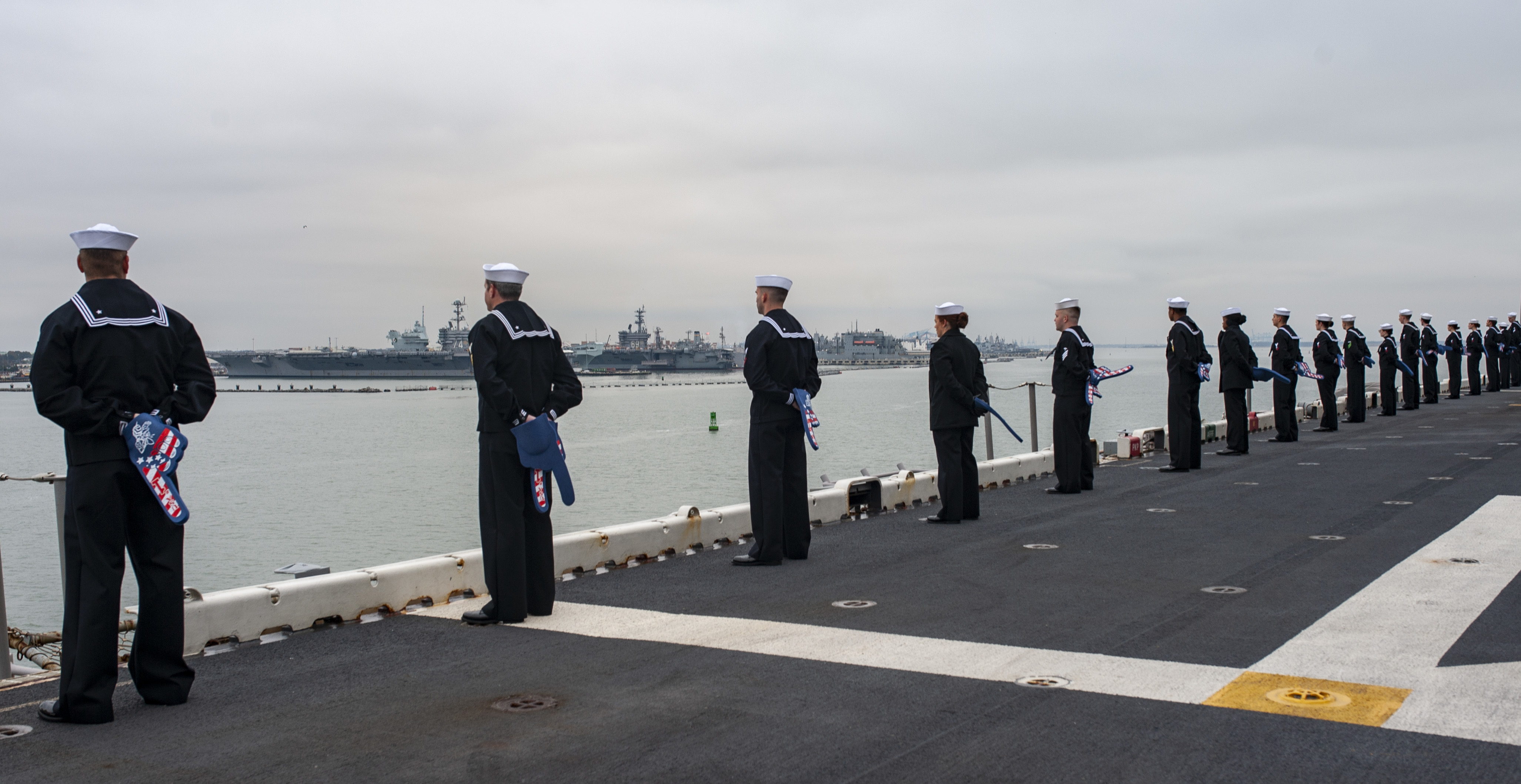 Wasp had been forward deployed to U.S. 7th Fleet for nearly two years, replacing USS Bonhomme Richard (LHD-6) in the region. In about a month, USS America (LHA-6) – one of two aviation-centric amphibious assault ships – is due to replace Wasp in Japan.

“I’m honored to be on the pier for USS Wasp’s return to Naval Station Norfolk, and to fold this awesome warship and its crew back into ESG-2, our Navy’s forward-leaning blue/green warfighting team,” said a statement from Rear Adm. John Mustin, the commander of Expeditionary Strike Group 2. “This ship and her amazing crew spent nearly two years performing groundbreaking work in U.S. 7th Fleet, honing their skills as professional mariners, reinforcing naval integration and building maritime capabilities with our Indo-Pacific partners. I look forward to meeting with the crew and learning from their time abroad, particularly their lessons learned from deploying with the F-35B Lightning II – a critical high-end capability that I’m eager to incorporate into our east coast amphibious task forces. On behalf of Navy-Marine Corps warfighters at all echelons, I’m thrilled to welcome them back to the Virginia waterfront.”

While forward deployed, Wasp took part in several exercises and provided disaster relief to Guam and the Commonwealth of the Northern Marianas following Typhoon Mangkhut, in September 2018.

“I could not be more proud to call myself a ‘Stinger’ as we make our return to Norfolk after two years forward deployed to Japan,” said a statement from Capt. Greg Baker, the commanding officer of Wasp. “This crew has shown their mettle consistently through humanitarian assistance operations, large-scale multinational exercises and real-world operations with strategic implications in the 7th Fleet. The crew has taken Wasp through four different fleets, and their resiliency has been demonstrated, as many have not been with their families for more than two years while doing some of the hardest operations the Navy does. We are all happy to be home for some well-earned rest and to enable the ship to get into a maintenance period.”