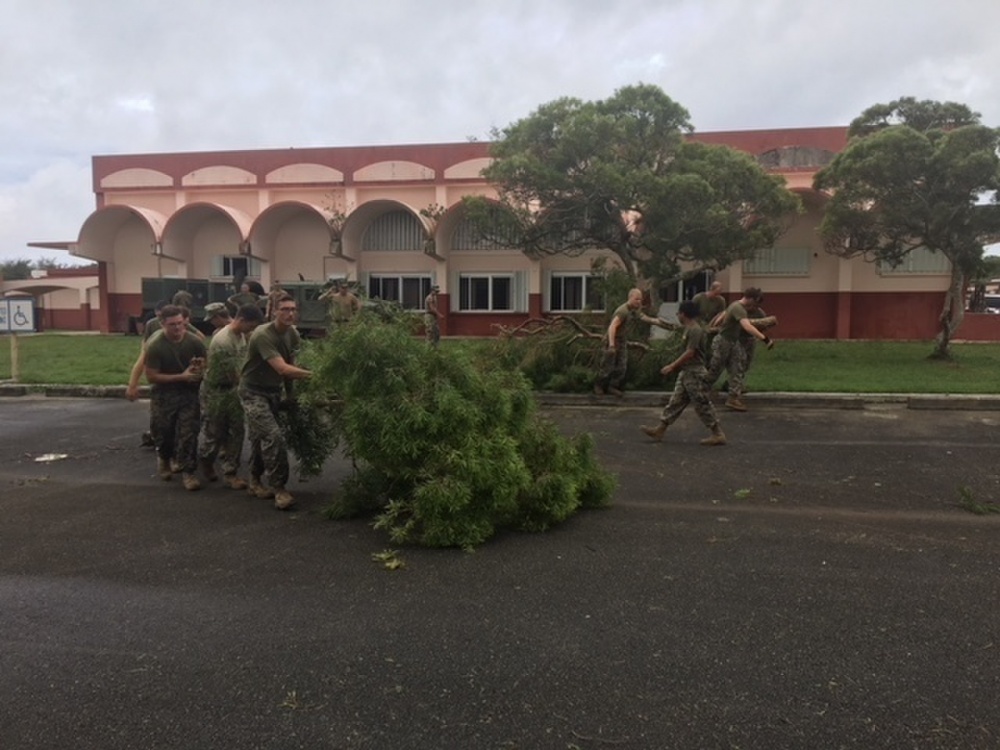 Mangkhut passed through the region late Monday and early Tuesday, buffeting the islands of Rota, Saipan, Tinian and Guam with steady rain and sustained winds of 100 mph, according to the National Weather Service. The storm’s eye passed over Rota before continuing on a path toward the Philippines.

“Tinian benefited immensely; with those 51 members of Valiant Shield plus the heavy equipment, I jokingly said to one of the Marines that you did the work of 200 people,” Joey San Nicolas, Tinian’s mayor, said in a statement.

Marines and sailors from Wasp and Ashland flew 63 sorties in a variety of aircraft, including MV-22B Ospreys, CH-53E Super Stallion helicopters, and MH-60S Seahawk helicopters. The sailors and Marines delivered roughly 29,500 pounds of supplies such as drinking water to Guam, Saipan, Tinian and Rota. Also, on Rota, nearly 100 sailors and Marines deployed to clear debris from roadways and provided logistical help according to 7th Fleet. 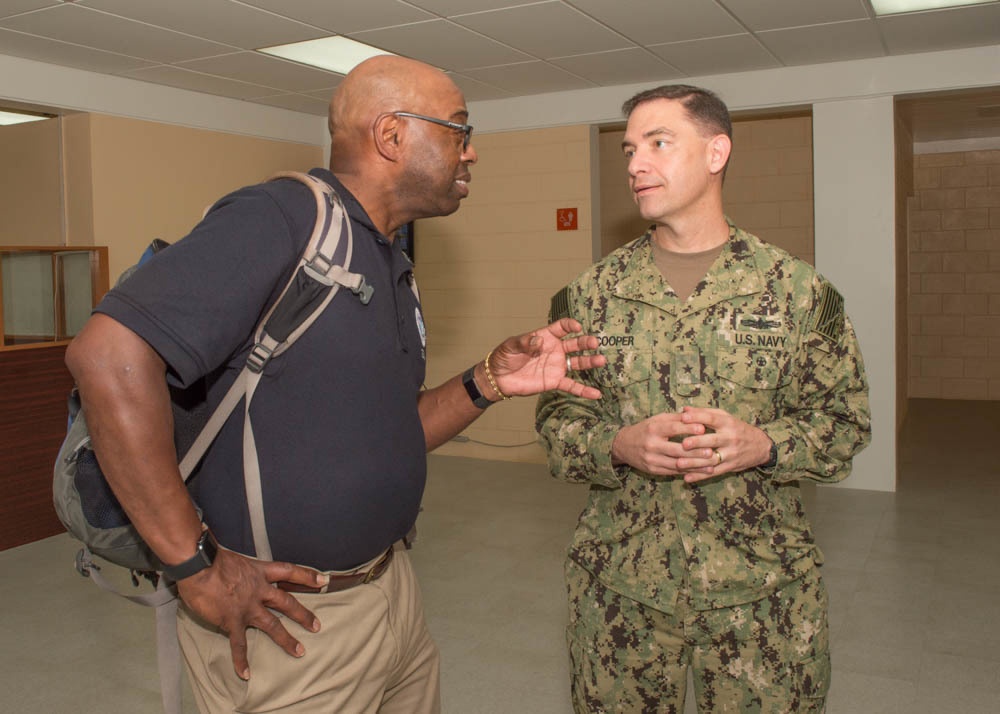 Additional supplies were ferried in from the USS Ronald Reagan (CVN-76). Ticonderoga-class guided-missile cruiser USS Antietam (CG-54 from the Reagan Carrier Strike Group, served as a floating refueling point for helicopters transiting between the islands, the 7th Fleet statement said.

“Sailors and Marines from the Wasp Expeditionary Strike Group should take great pride in the work they did for the great Americans living in the CNMI,” Rear Adm. Brad Cooper, the Wasp ESG commander said in a statement. “The Navy-Marine Corps team arrived early, fully trained and made a positive impact on the lives of our fellow citizens.”