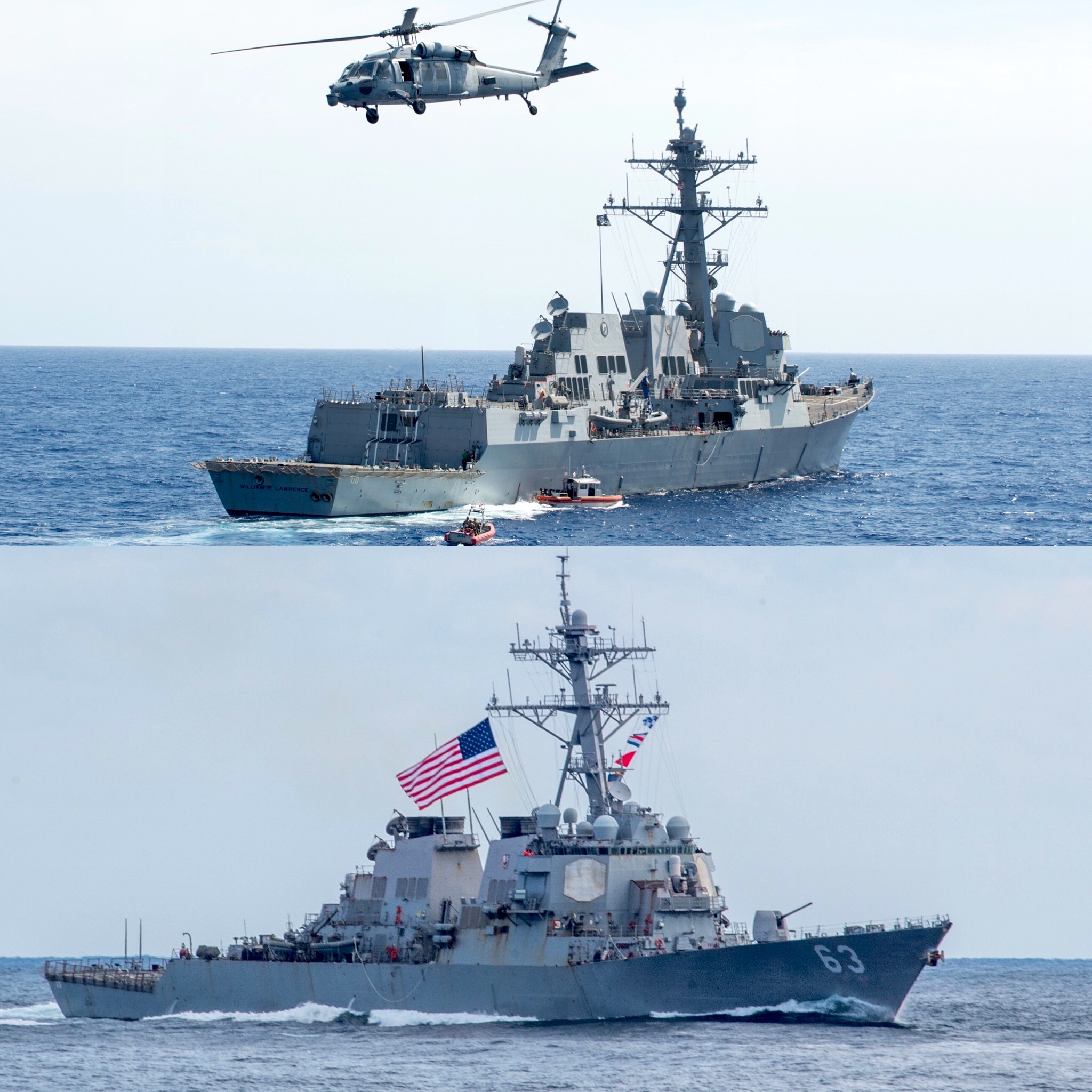 “The ships’ transit through the Taiwan Strait demonstrates the U.S. commitment to a free and open Indo-Pacific. The U.S. Navy will continue to fly, sail and operate anywhere international law allows,” Cmdr. Clay Doss, a U.S. 7th Fleet spokesman, told USNI News in a Monday statement.

“The Taiwan issue is the most important and sensitive issue in Sino-U.S. relations,” Geng said, according to The Japan Times.

This was the seventh transit since the U.S. Navy resumed regular passages in July 2018, after a pause of about a year. Destroyer USS Curtis Wilbur (DDG-54) and Coast Guard cutter USCGC Bertholf (WSML-750) last made the transit in March.

The passage comes days after the PLAN had celebrated its 70th anniversary. While U.S. allies Japan and South Korea sent representatives to the ceremonies, there was no American presence.