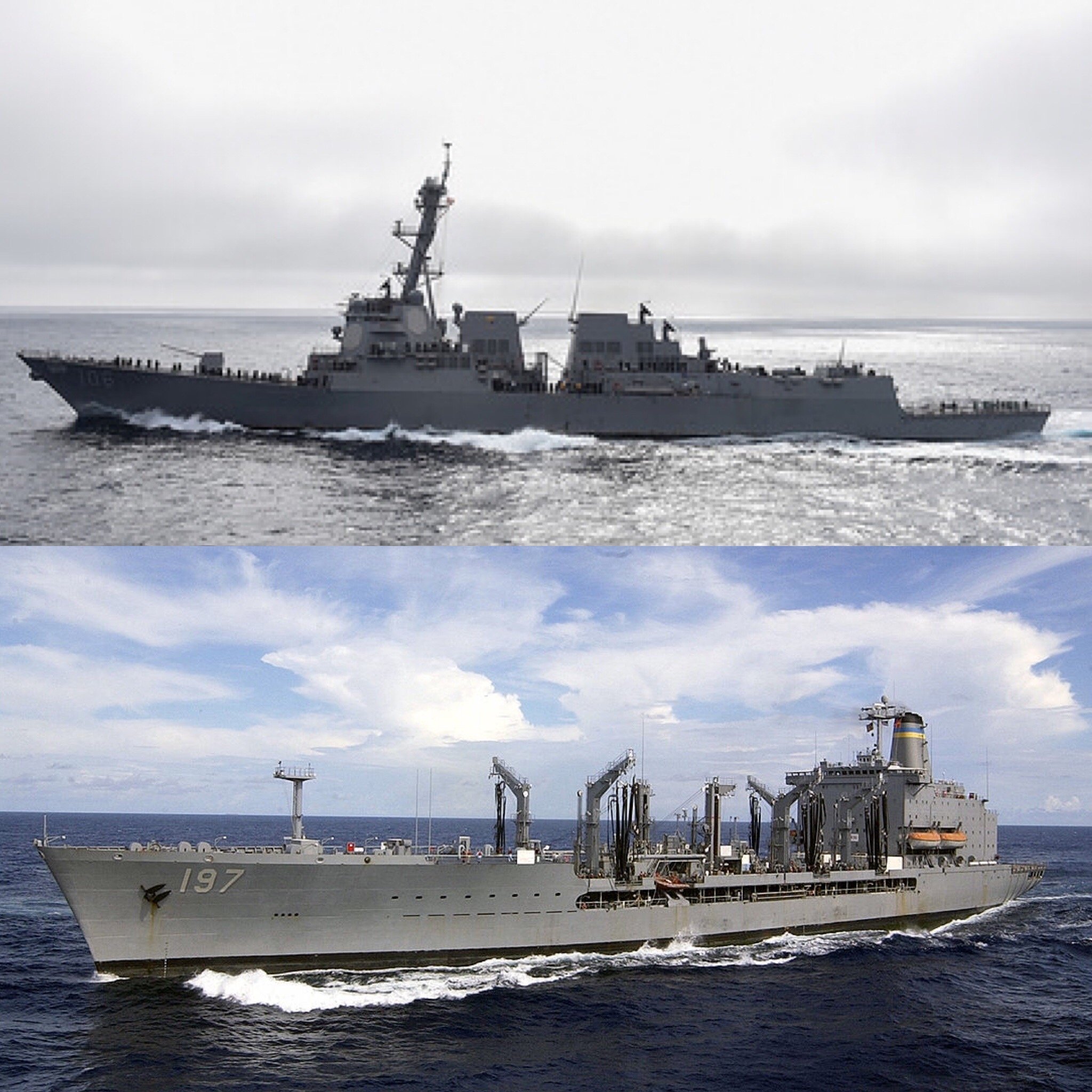 An Arleigh Burke-class guided-missile destroyer and a Henry Kaiser-class fleet replenishment oiler sailed through the Taiwan Strait Wednesday, in what the Navy called a routine transit.

China routinely complains about U.S. military transits. Beijing says sailing through the region infringes on China’s sovereignty. Along with the roughly 110-mile-wide Taiwan Strait, China also claims several reefs and artificial islands in the South China Sea as part of its sovereign territory, claims not always supported by international law.

However, shortly after the October passage, Chinese officials hinted they would defend their territory and expected future U.S. Navy transits of the Taiwan Strait.

“We have noticed related reports. China’s position on Taiwan and the South China Sea remains unchanged. The Chinese military’s determination to safeguard national sovereignty and regional peace and stability is rock-solid,” Senior Col. Wu Qian, the director general of the Information Office of China’s Ministry of National Defense, said a month ago according to a state-issued English translation of his monthly press briefing.

At the end of September, though, a Luyang-class destroyer steamed on a near-collision-course with USS Decatur (DDG-73) as both ships traveled near the Gaven Reef. In this case, Decatur was finishing a Freedom of Navigation Operation in the area past some high-tide elevations.