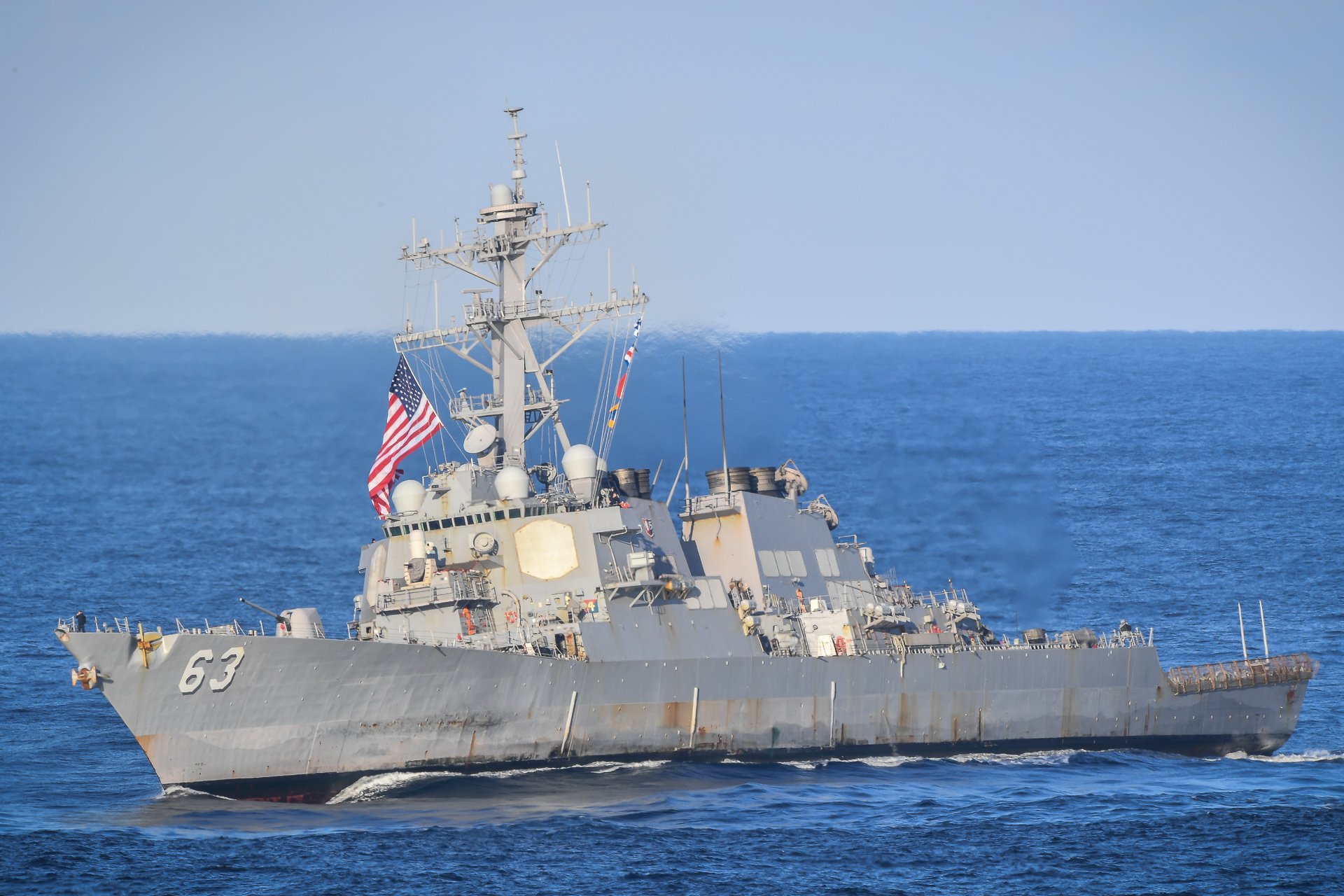 Two U.S. Navy ships passed through the Taiwan Strait today for the fourth time in recent months, in a move that is allowed under international law but usually provokes a negative reaction from China.

The guided-missile destroyer USS McCampbell (DDG 85), left, and the dry cargo and ammunition ship USNS Cesar Chavez (T-AKE 14) transit alongside the aircraft carrier USS Ronald Reagan (CVN 76) during a replenishment-at-sea on May 15, 2018. US Navy photo.

Prior to the near-monthly strait passages, destroyers USS Mustin (DDG-89) and USS Benfold (DDG-65) sailed through the Taiwan Strait in July 2018, and USNI News reported at the time it was the first strait between China and Taiwan in a year.

PACFLEET did not comment on why so many Taiwan Strait transits had occurred in recent months.

This strait transit comes the day after President Donald Trump announced via Twitter that he would delay a planned hike in tariffs on Chinese goods to give U.S./China trade talks more time to reach an agreement. Trump also departed today for Vietnam to meet with North Korean leader Kim Jong Un for the second time regarding the North Korean nuclear weapons program. Elements of the John C. Stennis Carrier Strike Group are sitting off the coast of Vietnam this week while the summit takes place.