The Navy is optimistic it will deploy three Littoral Combat Ships by this fall, after not deploying any last year and grappling with significant gaps in manning and advanced training.

The service was supposed to push forward three ships in Fiscal Year 2018, after a 2016 overhaul of LCS homeporting, command and control and manning constructs. However, USNI News first reported in April 2018 that zero LCSs would deploy in FY 2018. Since then, the Navy had not talked publicly about progress made towards getting ready to deploy its first LCSs since ships from a block-buy contract started delivering to the fleet at about four a year.

Commander of Naval Surface Forces Vice Adm. Richard Brown told reporters on Friday that “we’re deploying LCS this year, it’s happening,” and that two from the West Coast and one from the East Coast would depart before FY 2019 ends in September.

“Two ships are going on the West Coast; one ship is going on the East Coast, followed shortly [by a second] in the beginning of ‘20. And that marks the deployment of LCS; there will always be LCS forward-deployed now, just like we designed the program,” Brown said in the media call.

He said USS Montgomery (LCS-8) and USS Gabrielle Giffords (LCS-10) would deploy from San Diego to the Western Pacific, and that USS Detroit (LCS-7) would deploy from Florida, though he did not specify to which location, WESTPAC or Bahrain. USS Little Rock (LCS-9) would follow shortly after in early FY 2020 from Florida.

“We are very excited about that because the naval component commanders are screaming for LCSs because they know what they’re going to bring to the fight.”

The Navy has previously deployed three LCSs to Singapore – USS Freedom (LCS-1), USS Fort Worth (LCS-3) and USS Coronado (LCS-4) – but the first four LCSs have a different enough design from the block-buy ships that the Navy has deemed them research and development assets that will not deploy unless an emergency arises. Since those deployments, the Navy has overhauled how it organizes, mans and prepares the ships for deployment. Between the changes in the organizational structure and differences in the hulls themselves, questions remain regarding how these 2019 deployments will look under the new model.

Despite Brown’s confidence, the Navy has not made clear how it will overcome manning shortfalls and a lack of a plan for how to train and certify the ships for deployment. The Navy did not respond to multiple requests for information over four months from USNI News, and it is still unclear if those issues have been resolved yet. 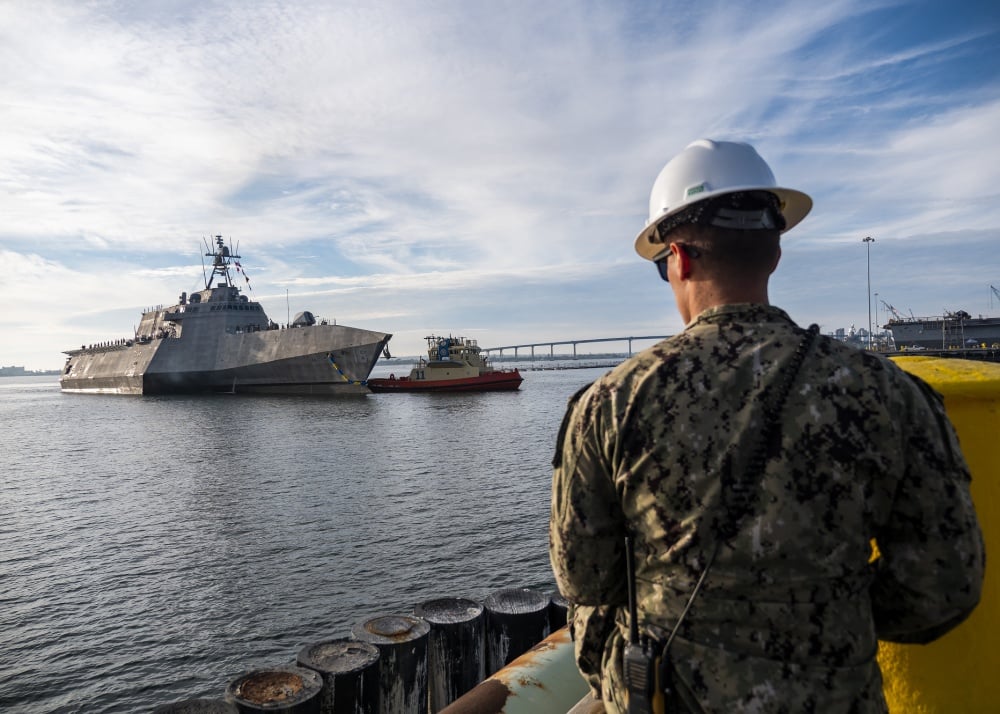 USS Tulsa (LCS-16) arrives at its new homeport, Naval Base San Diego, Calif., after completing its maiden voyage from the Austal USA shipyard in Mobile, Ala. on Nov. 21, 2018 US Navy Photo

According to LCS briefing slides from Naval Surface Force Pacific in late August and reviewed by USNI News, the LCS community has a “lack of distributable inventory” when it comes to sailors, and the Navy has shown “insufficient LCS prioritization to support current/future billets.” There are no excess crews to help fill any gaps, and the crews of precommissioning ships are being drained to support billets gaps in commissioned ships, according to the slides. Those enlisted sailors who report to an LCS crew are not always fully trained, with just 31 percent arriving with a primary Navy Enlisted Classification, which then affects the timeline for the individuals and the crews to qualify to operate the LCS.

The briefing slides note the importance of manning issues on LCS, which has a minimally manned crew that requires each sailor to hold many titles and collateral duties.

Citing the U.S. Fleet Forces Command LCS Platform Wholeness Concept of Operations, the slides note, “One challenge presented by small crews is that each crew member, regardless of rank or rate, is vital to the operation of the ship. … Unlike other ships, there is almost no redundancy within LCS crews and the unplanned loss of even a single crew member may result in major mission degradation.”

The Navy has not responded to several USNI News queries regarding the ongoing manning challenges in the LCS fleet.

On the training side, it is unclear if the Navy has even decided what the predeployment training and certification process will look like, let alone begun taking actions to implement it in support of the first three ships set for 2019 deployments. 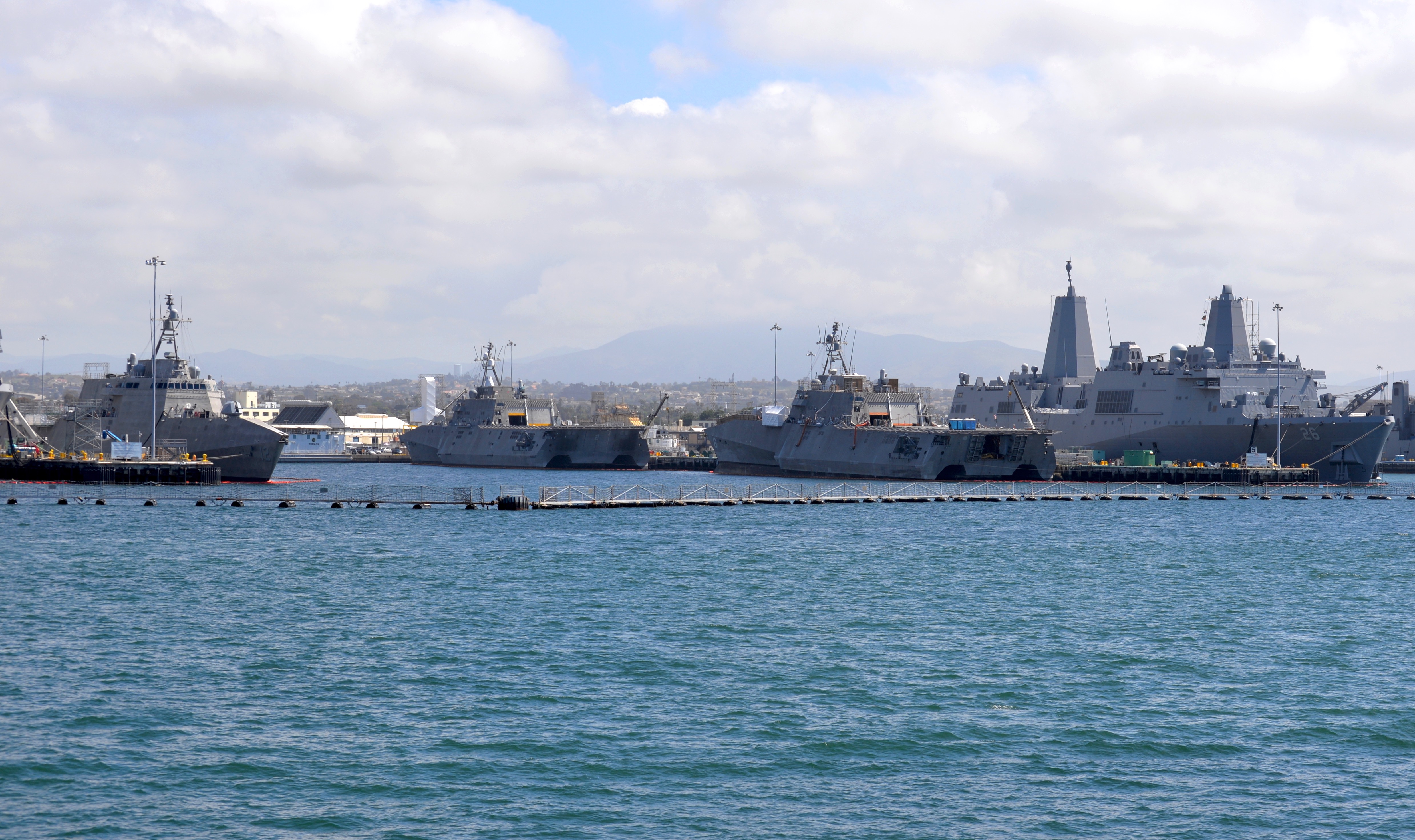 According to the August 2018 slides, several options were on the table for advanced and integrated training: a single- or multi-LCS six-day advanced training event, followed by an integrated training event of up to eight days; an advanced Surface Warfare Advanced Tactical Training (SWATT) event conducted by the Naval Surface and Mine Warfighting Development Center (SMWDC) that would last about 16 days, followed by a three-day certification event; or a massive event that integrates LCS into existing SWATTs and Composite Training Unit Exercises (COMPTUEX) with other surface ships that could last as long as 36 days.

The slides note repeatedly that a decision had not yet been made, and the Navy has not responded to USNI News queries regarding whether a decision had been made and whether resources had yet been put towards beginning to carry out a decision.

According to the slides, an LCS Training Manual states that the notional 18-month LCS deployment model supports only 10 to 14 days of advanced and integrated training without affecting forward operational availability.

In the aftermath of the 2016 LCS Review, the Navy now fields two LCS Squadrons – LCSRON-1 in San Diego and LCSRON-2 in Mayport, Fla. Each LCSRON oversees divisions of four ships each – one division for surface warfare, one for anti-submarine warfare and one for mine countermeasures – and within each division one ship is designated the training ship and the other three are deployable ships. In Mayport, Detroit will be the first to deploy, but its training ship, USS Milwaukee (LCS-5), had been tied up in a lengthy post-shakedown availability that was extended by more than six months and was therefore unable to commence its training activities to support the original 2018 deployment. Similarly, in San Diego USS Jackson (LCS-6) was in a lengthy PSA as well and would not have been able to support the beginning of training for Montgomery under the previous deployment schedule. However, due to the deployments being pushed back from FY 2018 to 2019, Naval Sea Systems Command told USNI News that both Jackson and Milwaukee are now out of PSA and able to serve as the division training ship.

LCS Role in the Fleet 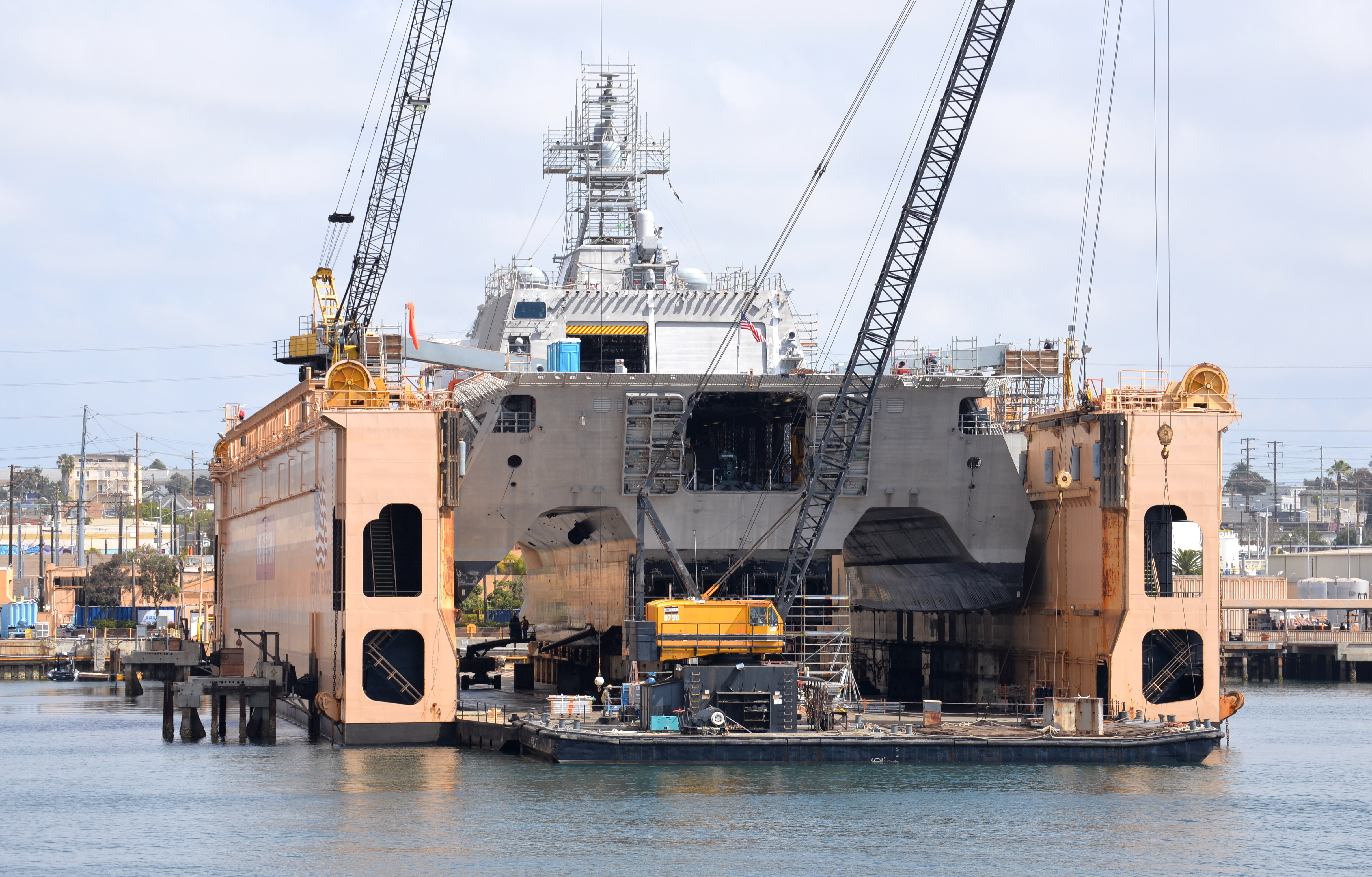 Brown told reporters during the Friday call that the LCS was built to be a single-mission ship – in the case of these LCSs deploying in 2019, anti-surface warfare (ASuW). He said the ships would focus on ASuW-only activities like partner-building exercises, fisheries patrols and other work suitable for a small surface combatant.

“But it’s definitely up to the 7th Fleet commander, because [Vice Adm.] Phil Sawyer, he’s got [operational control], he’ll be the guy that uses these. They’ll be fully certified to conduct ASuW operations, and all their systems will work, and they’ll have full redundancy when they go,” Brown said.

The surface warfare director on the chief of naval operations’ staff said having the LCSs out in the fleet to handle these lower-threat mission sets would ease some pressure on the destroyers and cruisers and allow them to focus on missions better suited for large combatants.

“The feedback from (past LCS) deployments has been incredibly positive, from the ships, from the fleet, from the allies they work with, across the board. People generally like having U.S. Navy vessels to work with, and this gives us more options. Where we can alleviate the higher-end ships – that’s the whole purpose of the small surface combatant,” Rear Adm. Ron Boxall, director of surface warfare (OPNAV N96) told USNI News in a Jan. 10 interview.

Boxall and his staff are working hard to get additional weaponry to the LCSs before they deploy in the coming months, for added self-protection and offensive capability if needed.

“We now have two really good capabilities that have just come out – number one being the [surface-to-surface missile module], which is an add-on to the ASuW mission package that will allow us to be much more protective in a small-boat environment,” he said.
“I think it has a very good capability, and we expect to deploy that in ‘19. … We’ve been very aggressive about getting that out there as soon as we can, so that’s a goal.”

“I’ve also challenged our enterprise to deploy Naval Strike Missile as soon as possible out on a ship. If it were up to me, I’d try to get it on ‘19 ships as well, but again, if we keep putting things into that backpack in ‘19, then the question becomes, what’s more important: to say we did it in ‘19, or to wait a month or two and get Naval Strike Missile capability on a ship? I don’t know if that’s even an issue, I’m just telling you those are considerations, and I think they’re good ones,” Boxall said.
“We fully intend to deploy ships in ’19 – again, that’s the fleet’s call – but if there’s any delays it’ll only be because we’re upgunning capabilities that we didn’t expect to have on there, and I think that’s a good idea to do that.”