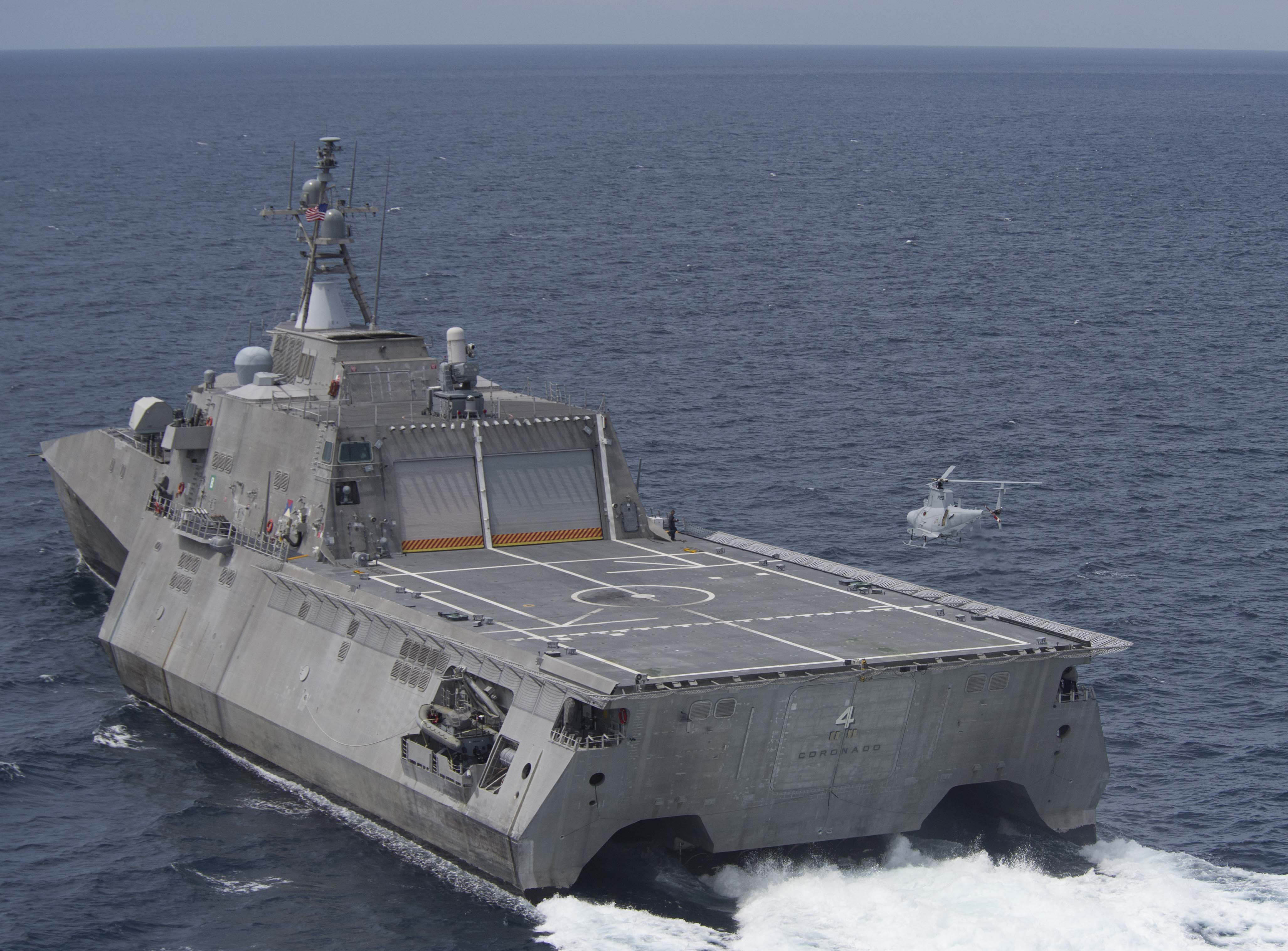 Navy testing of its Littoral Combat Ship mission package technologies is on track for two warfare mission packages to reach initial operational capability by 2019 and the third by 2021.

Earlier this month LCS Mission Modules Program Manager Capt. Ted Zobel said that “all of our mission packages, as I stand here today, are finishing up development, proceeding into test, and then from test into production and ultimately deployment.”

On surface warfare, the only mission package to have already deployed overseas, a surface-to-surface missile module (SSMM) will add a Longbow Hellfire missile to increase the lethality of the LCS. Testing begins this month on USS Milwaukee (LCS-5) and will move to USS Detroit (LCS-7) over the summer. Testing should wrap up by December, Zobel said, with Detroit planning to bring the SSMM with it on its maiden deployment about a year from now. Written testimony from the Navy at a March 6 House Armed Services Committee hearing states that IOC is planned for Fiscal Year 2019.

On anti-submarine warfare (ASW), Zobel said that this calendar year the program office completed testing the Torpedo Defense Mission Module with a lightweight tow at the Canadian Forces Maritime Experimental & Test Ranges in British Columbia. Though the details of the test event are classified, he simply said the system’s performance “met or exceeded all our test objectives.”

Also in the ASW mission package (MP), “the ASW MP Escort Mission Module (EMM) uses a continuously active Variable Depth Sonar, integrated with a Multi-Function Towed Array to provide a revolutionary surface ship anti-submarine capability,” according to the written testimony.
“Development and integration of the EMM, Light Weight Tow and Torpedo Defense Module are ongoing. The ASW EMM … is on track to fully integrate with the LCS to support IOC with the ASW MP in FY 2019.”

Zobel added that USS Fort Worth (LCS-3) would support ASW testing from about July 2019 until January or February 2020, and then move into MCM mission package testing later in 2020.

The mine countermeasures mission package, though, is more complex and is therefore looking at a later IOC date, in FY 2021.

To date, all the aviation-based mine countermeasures systems have been approved for use on the Austal-built Independence-variant LCS ships, including the Airborne Laser Mine Detection System (ALMDS), the Airborne Mine Neutralization System (AMNS) and the Coastal Battlefield Reconnaissance and Analysis (COBRA).

However, surface and subsurface systems, to include a sweep system, an unmanned surface vehicle with minehunting sensors and more, are still in development and test.

“The Navy has scheduled three MCM systems for developmental tests (DT) and two for operational assessments (OA) this year, with Milestone C production decisions of the first two expected before the end of FY 2018. The MCM Unmanned Surface Vehicle (USV) is the tow platform for minehunting operations, and is based on the USV already used in the Unmanned Influence Sweep System program. The Navy’s plan is to conduct MCM MP DT/OA in FY 2020 and achieve IOC in FY 2021,” according to the written testimony.

Overall, Zobel said during the briefing, “I think by this time next year we will have made significant strides: we will have finished SSMM testing, we’ll have delivered the ASW mission module for the start of its testing, and we will continue to incrementally deliver the MCM pieces as they become available.”

The written testimony also outlines changes in the number of mission packages the Navy plans to buy. A previous concept of operations would have each hull capable of swapping mission packages on short notice, meaning many mission packages would have to be staged around the globe to support that concept. Now, each ship will be assigned a division within one of two LCS Squadrons (LCSRONs), which each division focused solely on one mission area. Additionally, the Navy will now have fewer LCSs overall, with the remainder of the small surface combatant requirement being filled by the frigate, which will have surface warfare and ASW capabilities baked into the design.

So, as a result, “the Program of Record (PoR) requirements for LCS Mission Packages (MP) have been updated. The new MP PoR requires 10 Surface Warfare (SUW), 24 Mine Countermeasures 9 (MCM), and 10 Antisubmarine Warfare (ASW) for a total of 44 deployable MPs,” according to the written testimony.
“Due to the expeditionary and modular nature of the MCM MP this capacity can be fielded by both LCS and other Vessels of Opportunity. The Navy plans to leverage the modularity and flexibility of elements of the ASW and SUW MPs for the FFG(X) design, however these elements will not be complete MPs nor will they be included in the LCS MM PoR quantity of deployable MPs.”