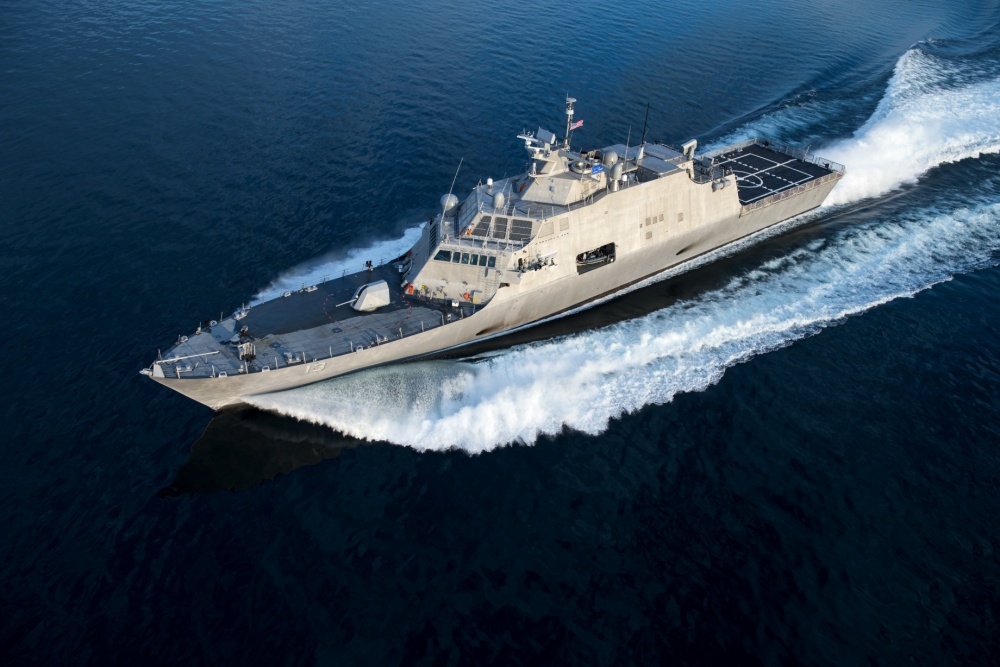 A new Littoral Combat Ship will commission on Saturday and head up a new mine countermeasures-focused division at Naval Station Mayport, Fla.

The Navy accepted delivery of Freedom-variant LCS Wichita (LCS-13) in August, coincidentally on the same day another Freedom-variant, Sioux City (LCS-11), was delivered. The two ships, the 14th and 15th LCSs delivered to the Navy, were built by Lockheed Martin and the Marinette Marine shipyard in Marinette, Wisc. Sioux City joined the fleet in November.

“This commissioning represents USS Wichita’s entry into the active fleet and is a testament to the increased capabilities made possible by a true partnership between the Department of the Navy and our industrial base,” Secretary of the Navy Richard V. Spencer said in a statement. “This ship honors the citizens of Wichita, Kansas, for their longstanding support of the Navy and Marine Corps team, and I am confident USS Wichita and crew will make our Navy and nation stronger.”

Under the current LCS organization structure, most Freedom-variant LCSs are homeported in Mayport, and all Independence-variant LCSs made by Austal USA are homeported in San Diego. Each homeport is host to an LCS squadron (LCSRON) that oversees three four-ship divisions: one for surface warfare, one for mine countermeasures and one for anti-submarine warfare. On the East Coast, Sioux City was the final surface warfare-focused ship, and Wichita will be the first to join the new MCM division.

Though Wichita will begin work on its MCM mission, the Navy is still developing some of the tools the ship will use, such as surface and subsurface mine hunting systems that include a sweep system and an unmanned surface vehicle with mine-hunting sensors. The LCS mine countermeasures systems are expected to achieve initial operational capability during Fiscal Year 2021, according to written testimony the Navy submitted to the House Armed Services Committee last March.