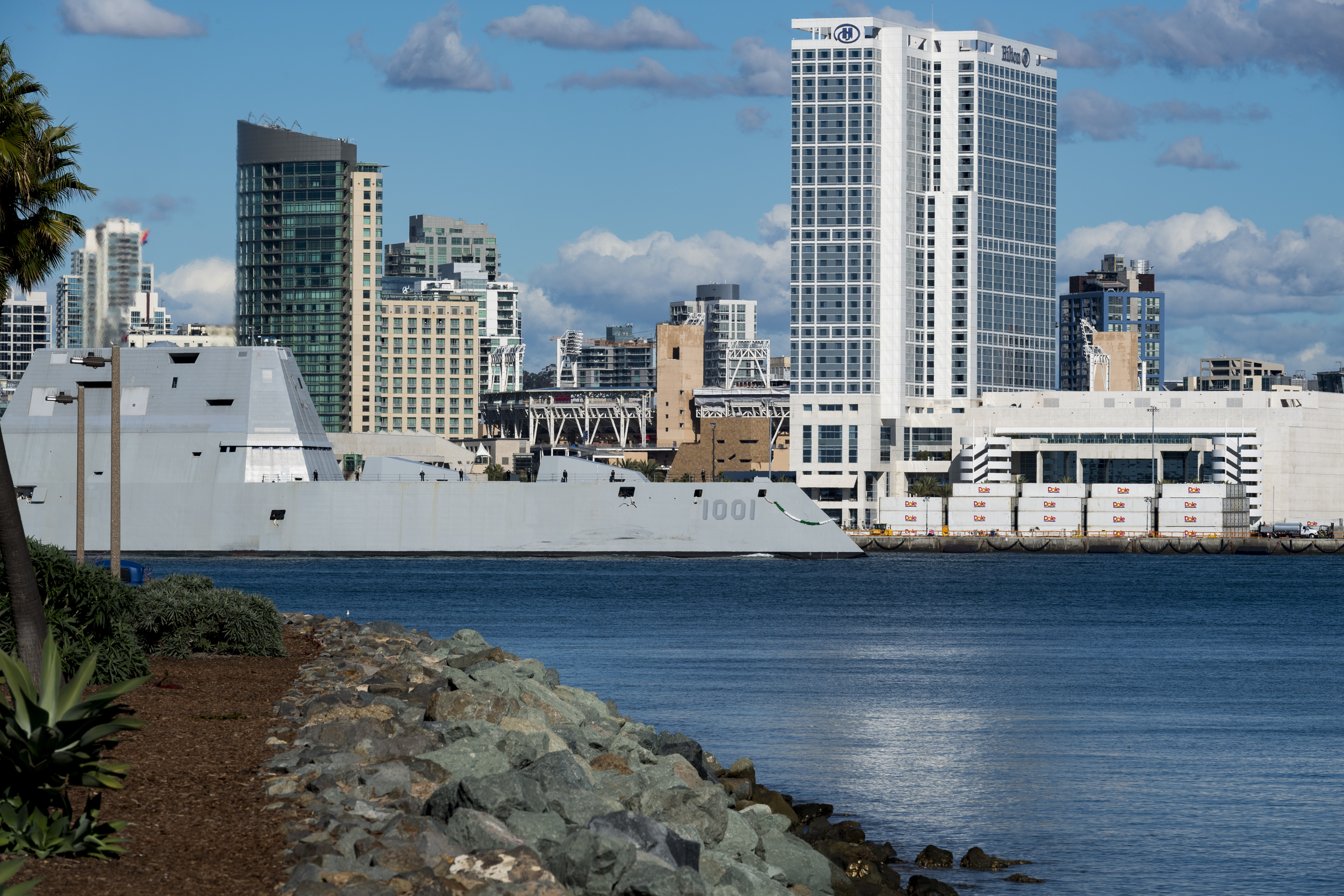 The Navy’s second Zumwalt-class guided-missile destroyer arrived in San Diego ahead of its planned commissioning ceremony next month, and the third and final ship of the class was launched over the weekend.

The future Michael Monsoor (DDG-1001) arrived at its new homeport on Dec. 7, after a month-long voyage from builder Bath Iron Works in Maine.

A request from USNI News for additional information on Monsoor’s voyage was not immediately answered by Naval Sea Systems Command.

Monsoor’s journey to San Diego comes two years after the difficult voyage by first-in-class USS Zumwalt (DDG-1000) from Maine to California. Zumwalt took three months to make the trip and suffered multiple engineering casualties along the way, including having to stop in Virginia and then Florida for propulsion-related problems and then losing propulsion during its transit through the Panama Canal.

Monsoor too had challenges on its path to commissioning into the fleet. The ship completed its acceptance trials in February – after electrical problems halted the original December 2017 testing – and was partially accepted by the Navy in April. The Navy disclosed months later, though, that during those sea trials the ship damaged blades in the main turbine engine, forcing the shipbuilder to replace the entire engine before Monsoor could begin its voyage to California.

Monsoor will be commissioned in nearby Coronado, Calif., on Jan. 26.

On Dec. 9, the future Lyndon B. Johnson (DDG-1002) was launched from Bath Iron Works, in a multi-day process to move the ship hull from the land into a drydock and then into the water.

“It’s important for the DDG 1000 program and shipyard to reach this major milestone,” Capt. Kevin Smith, DDG 1000 program manager within the Program Executive Office for Ships, said in a Navy statement.
“With the first two ships of the class underway, we are excited to continue the next phase of construction of the future Lyndon B. Johnson.” 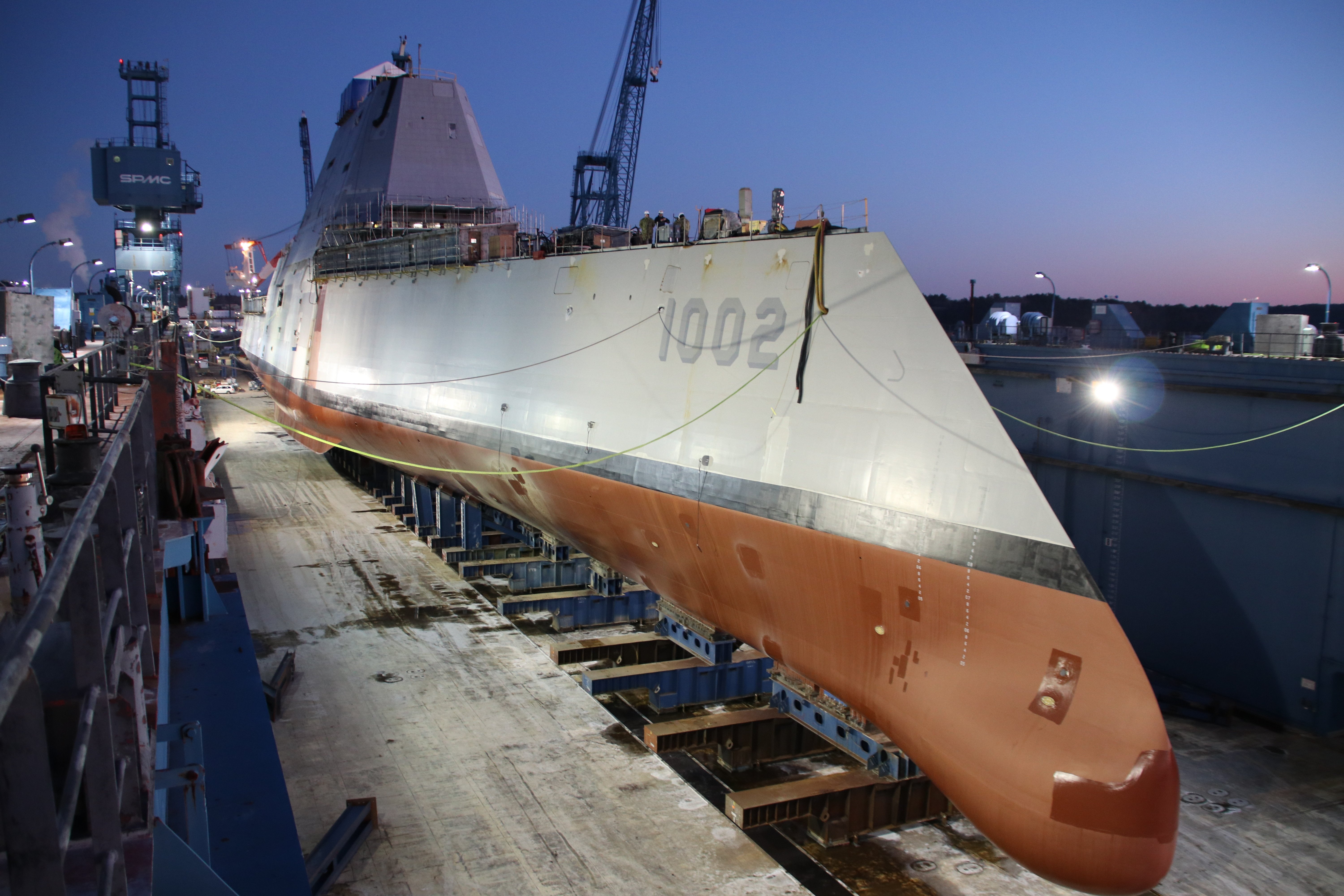 Following the multi-day process that includes
moving the ship from the land level facility to the dry dock which is then
slowly flooded until the ship is afloat, the future USS Lyndon B. Johnson
(DDG 1002) was launched at General Dynamics-Bath Iron Works shipyard on Dec. 9, 2018. US Navy photo courtesy Bath Iron Works.

“The crew of Lyndon B. Johnson looks forward to bringing this great warship honoring our 36th President to life, and we’re proud to have the opportunity to be present for this important step in the ship’s construction,” Capt. Jeremy Gray, the ship’s prospective commanding officer, said in the statement.
“It is truly impressive to see the ship afloat in the Kennebec River for the first time, and we look forward to taking her to sea.”

Lyndon B. Johnson is expected to be christened in the spring.