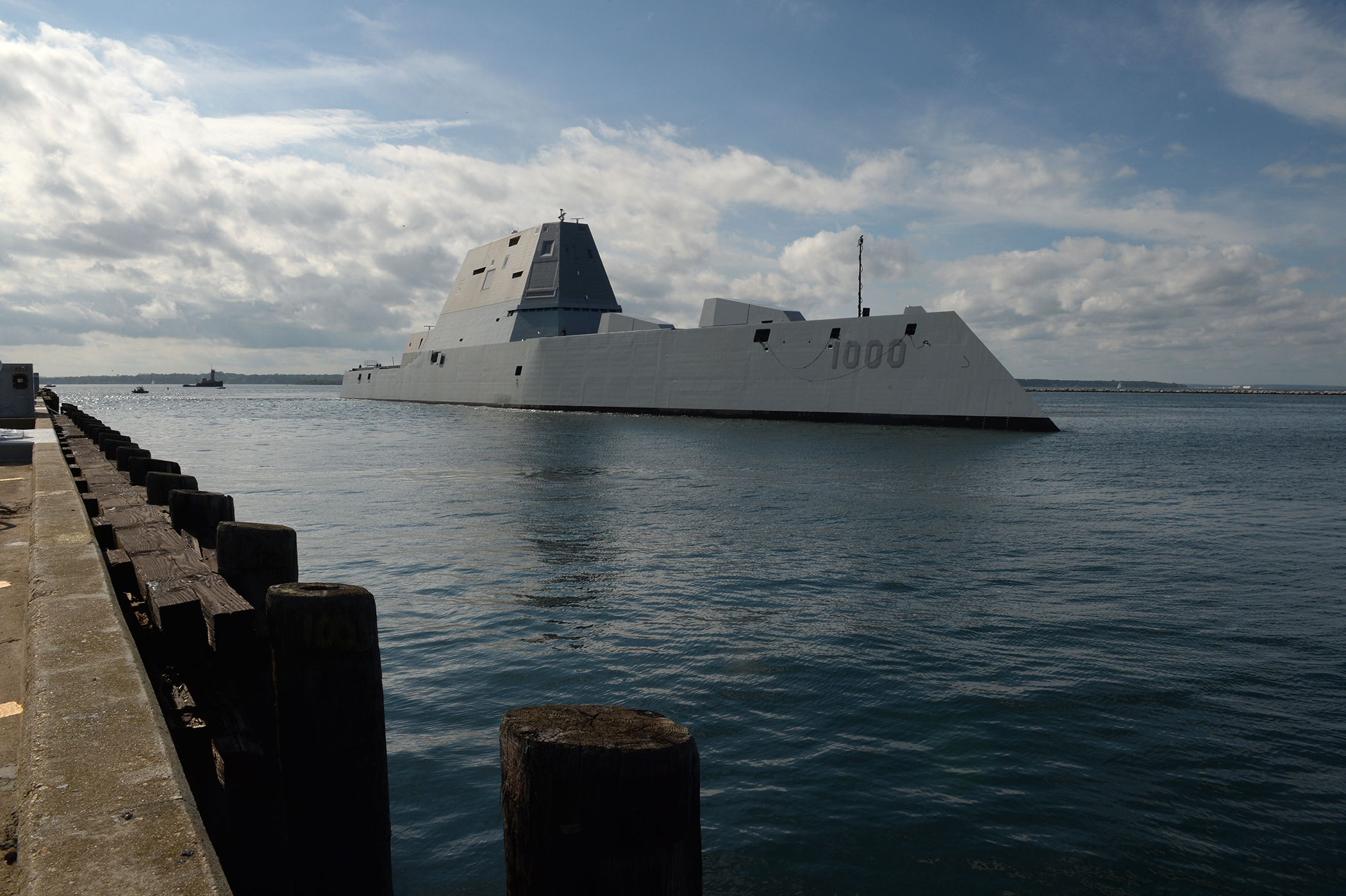 This post has been updated with additional information on Zumwalt’s casualty and repair schedule.

The ship was in the midst of a southbound transit through the canal when it suffered the casualty, Under orders from U.S. 3rd Fleet commander Vice Adm. Nora Tyson, Zumwalt is now stopped for repairs at the former U.S. Naval Station Rodman, he said.

“The timeline for repairs is being determined now, in direct coordination with Naval Sea Systems and Naval Surface Forces,” he said.
“The schedule for the ship will remain flexible to enable testing and evaluation in order to ensure the ship’s safe transit to her new homeport in San Diego.”

A defense official told USNI News on Tuesday the repairs could take up to ten days.

The ship lost propulsion in its port shaft during the transit and the crew saw water intrusion in two of the four bearings that connect to Zumwalt’s port and starboard Advanced Induction Motors (AIMs) to the drive shafts, a defense official told USNI News on Tuesday. The AIMs are the massive electrical motors that are driven by the ship’s gas turbines and in turn electrically power the ship’s systems and drive the shafts.

Both of the shafts locked during the passage and the transit had to be completed with tugs. The ship made minor contact with lock walls in the canal resulting in minor cosmetic damage. Following the transit, the Navy determined the ship couldn’t continue to its new homeport at Naval Station San Diego without additional repairs.

The latest casualty follows an incident in September following the ship’s transit from shipbuilder General Dynamics Bath Iron Works, Maine to Naval Station Norfolk, Va. in which the crew discovered “a seawater leak in the propulsion motor drive lube oil auxiliary system for one of the ship’s shafts,” the Navy told USNI News at the time. A service official told USNI News the most recent incident is similar. The service has narrowed down the likely problem to lube oil coolers leaking. The service replaced all four lube oil coolers following the September casualty.

Zumwalt entered the Panama Canal following a successful port visit to Colombia last week – a visit which the service intended to skip if it thought the engineering problems would continue, several defense officials told USNI News.

The ship’s engineering plant – the Integrated Power System (IPS) – is arguably the most complex and unique in the service. Installing and testing the system — that provides ship additional power margins to power high energy weapons and sensors — was a primary reason the ship delivered months late to the service.

Before the casualty, the ship was set to arrive in San Diego by the end of the year and start weapon system activation period before joining the fleet as an operational warship sometime in 2018.

Zumwalt is the first of three in the $22-billion class. Michael Monsoor (DDG-1001) and Lyndon B. Johnson (DDG-1002) are currently under construction at BIW.