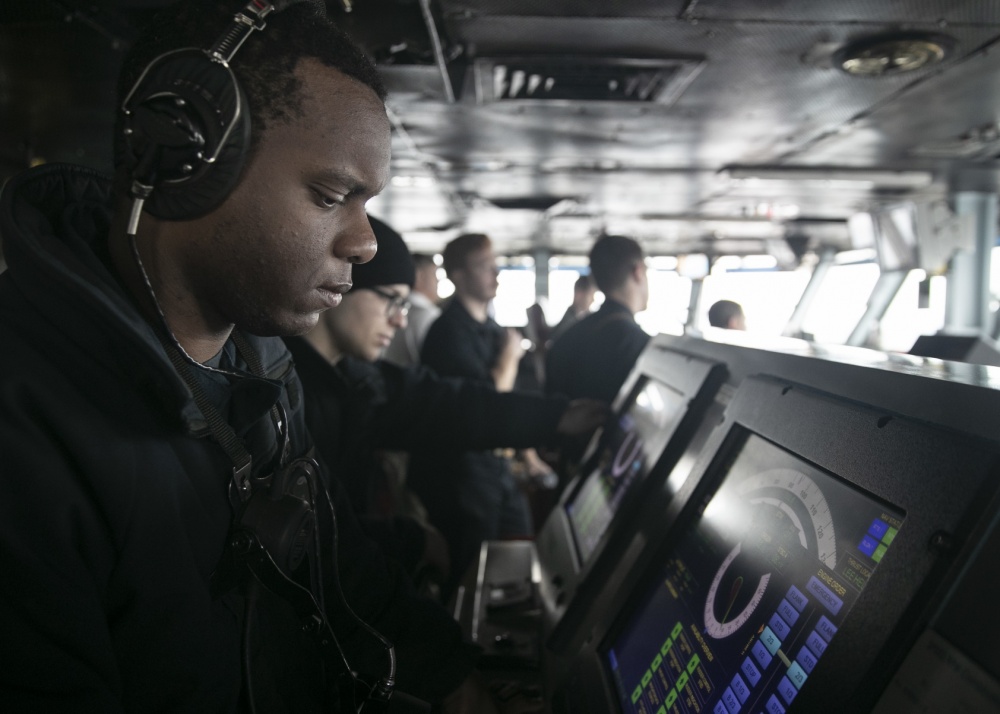 USS Harry S. Truman (CVN-75) has returned to the Mediterranean Sea, after spending the early Fall north of the Arctic Circle and taking a month-long break from deployment in July.

Earlier this week, Truman passed through the Strait of Gibraltar after spending four days visiting Lisbon, Portugal. In early summer, Truman was operating in the Mediterranean before returning to Norfolk for a month as a test of the Navy’s new dynamic force employment model.

Returning to Norfolk in the middle of the deployment was intended to inject unpredictability to the Navy’s carrier strike group operations. Sending the Truman CSG home for a month also meant for the first time in more than a decade an East Coast-based CSG did not operate in the Red Sea or the Persian Gulf while on deployment.

After the break, called a “working port visit” by the Navy, the Truman CSG returned to the U.S. 6th Fleet area of operations but spent about a month in the high latitudes, taking part in October’s Trident Juncture exercise in and around Norway. Also in October, Truman became the first U.S. carrier to cross into the Arctic Circle in nearly three decades, testing how well the Navy can perform outside of warm-water regions. 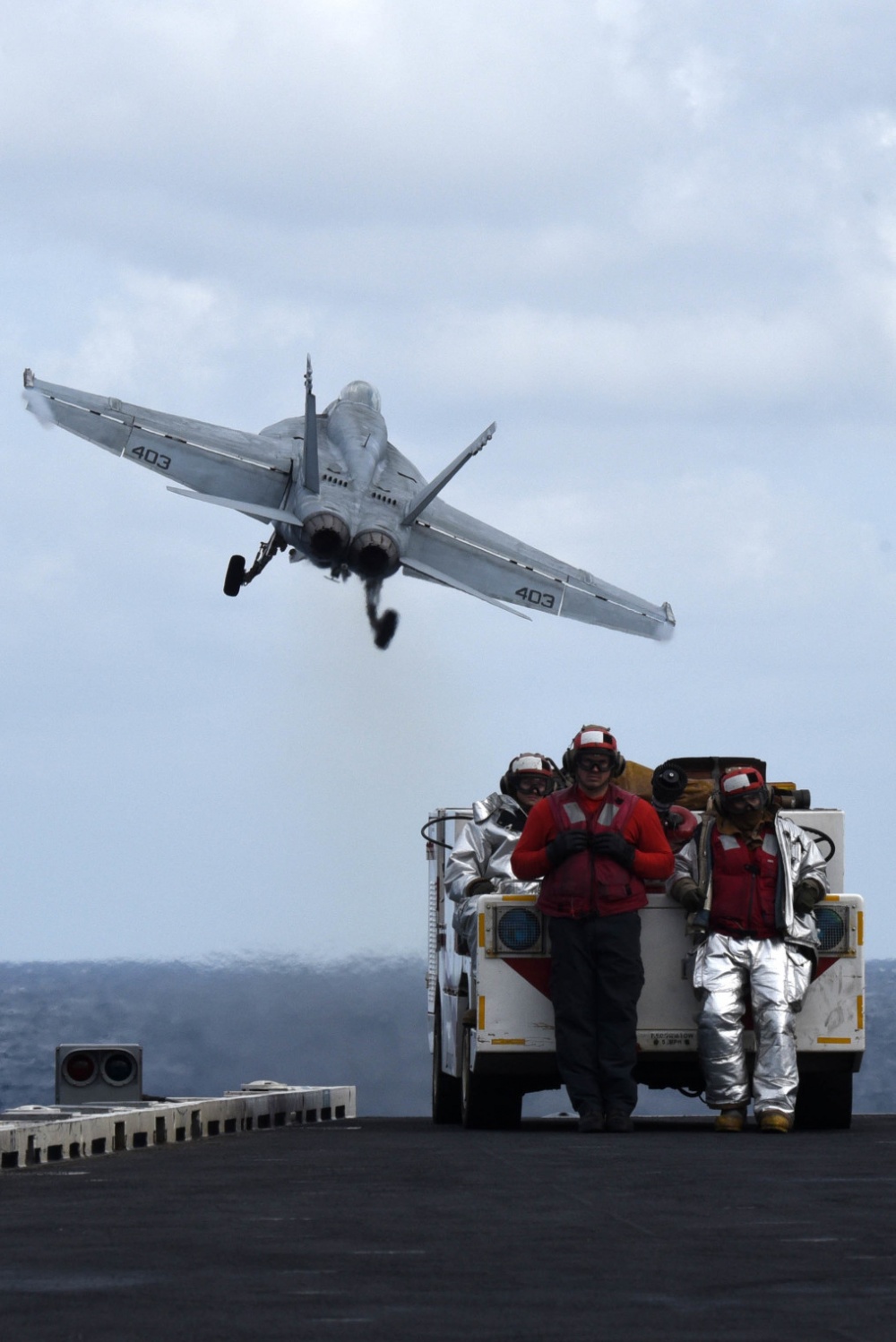 In the Mediterranean Sea, an F/A-18E Super Hornet, assigned to the “Sunliners” of Strike Fighter Squadron (VFA) 81 launches from the flight deck aboard the Nimitz-class aircraft carrier USS Harry S. Truman (CVN-75). US Navy Photo