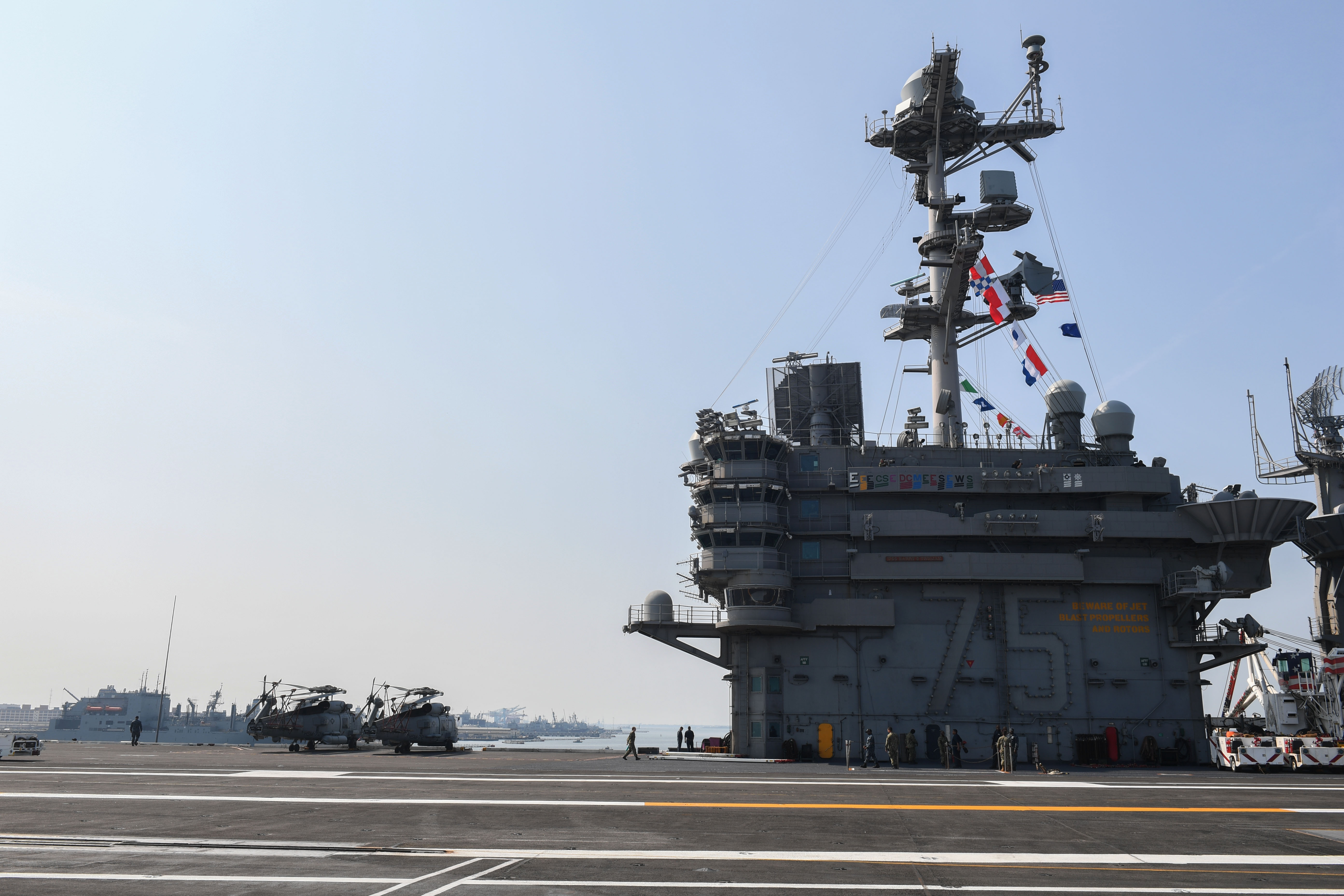 The Harry S. Truman Carrier Strike Group is back underway in the Atlantic after more than a month in port, the Navy announced on Tuesday.

Carrier USS Harry S. Truman (CVN-75) departed Tuesday after what the Navy described as a 38-day “working port visit” at its homeport at Naval Station Norfolk, Va. The ship initially departed in April and returned in July after operating in the Mediterranean and the North Atlantic.

“Since April when we began our deployment, our strike group has demonstrated our inherent maneuverability and flexibility as we took part in maritime security operations and evolutions with several key allies and partners,” strike group commander Rear Adm. Gene Black said in a statement. “Now, as we continue our deployment, we remain 100-percent mission-capable and ready to accomplish whatever mission we are assigned, at any time, anywhere.”

Other destroyers Truman deployed with in April — USS Farragut (DDG-99) and USS The Sullivans (DDG-68) from Naval Mayport, Fla,. and Norfolk-based USS Bulkeley (DDG-84) and USS Jason Dunham (DDG-109) — have been operating independently in locations stretching from off the coast of northern Norway to the Persian Gulf.

A U.S. Fleet Forces Command spokesperson told USNI News on Tuesday the ships are still considered part of the strike group but are steaming on their own for the moment.

Early in the underway, Truman will sail with USS Abraham Lincoln (CVN-72) for dual-carrier operations in the Atlantic. Lincoln is currently conducting tests with six F-35C Lighting II Joint Strike Fighters along with aircraft from Carrier Air Wing 7. The service did not elaborate on additional plans for the strike group.

While on the first underway period of the deployment from April to July, Truman did not operate in the Persian Gulf. The U.S. has not had carrier operating in the region since USS Theodore Roosevelt (CVN-71) left in late March. A carrier in the Persian Gulf has been a staple of U.S. Navy operations since the Sept. 11, 2001 terror attacks, providing air support for the wars in Iraq and Afghanistan and, since 2015, attacking the Islamic State in Syria.

The change in the traditional deployment is the Navy’s reflection of the National Defense Strategy the Pentagon rolled out in January. The Navy’s new dynamic force employment model that is “strategically predictable, but operationally unpredictable.”

Truman’s departure comes days after the formal stand-up of the new U.S. 2nd Fleet in Norfolk as the Russians submarine operations increase.

“A new 2nd Fleet increases our strategic flexibility to respond — from the Eastern Seaboard to the Barents Sea,” Chief of Naval Operations Adm. John Richardson said. “Second Fleet will approach the North Atlantic as one continuous operational space, and conduct expeditionary fleet operations where and when needed.”

The following is the complete Aug. 28, 2018 statement from U.S. Fleet Forces.