WASHINGTON, D.C. — The Navy’s Future Surface Combatant will likely include both an unmanned and an optionally unmanned surface vessel as part of a growing family of systems, as the Navy works through how manned/unmanned teaming can provide the biggest benefits at various phases of warfare.

Officials previously described the Future Surface Combatant program as having a large, small and unmanned variant – like a cruiser or destroyer, a Littoral Combat Ship or a frigate, and something akin to the Medium Displacement Unmanned Surface Vessel that the Office of Naval Research (ONR) is working on. Increasingly, though, officials have begun talking about unmanned and optionally unmanned vessels as separate platforms.

First, if an unmanned system is weaponized, how does the Navy assure it maintains command and control in a contested and possibly communications-denied environment, to stay within the rules of engagement? And what would the role of an unmanned vessel be in Phase 0 operations, where the Navy’s primary mission is presence – which requires people to be there?

“How do I employ these systems in a way that I get the sea control, the deterrent, the traditional Navy missions that I’m there to execute?” Gantt said, saying that optionally unmanned vessels appeared to be the solution. During Phase 0 presence missions, the vessels would be fully crewed and would have all the berthing, mess halls and other facilities to support a crew.
“The optionally unmanned part gets to, now I’m into Phase 2 and the conditions aren’t set in the environment to put manned platforms, but I have a mission that is worth the risk, worth the risk of the asset – I can remove the people and sail it and use that vessel in an unmanned capacity for lethal effects in a place where I would be unprepared to do that with a manned vessel. So that’s how we came to optionally unmanned. It plays very well in our wargames, having an armed system that can serve as an adjunct magazine to a manned (ship).”

Gantt said unmanned surface vessels may be more susceptible to being captured or boarded than an unmanned underwater vehicle or an unmanned aerial vehicle, and that vulnerability puts some limitations on what the Navy would want purely unmanned USVs to do – primarily relegating them to intelligence, surveillance and reconnaissance (ISR) missions and counter-ISR missions that require the persistence of an unmanned vessel.

“What are you willing to put at risk?” Gantt said of the systems on an unmanned vessel.
“The aerial system, it’s moving pretty fast, it’s pretty hard to capture. The UUV is pretty hard to find. So you get a lot of benefit from those,” whereas the Navy will have to balance what systems it would want to field on strictly unmanned USVs. 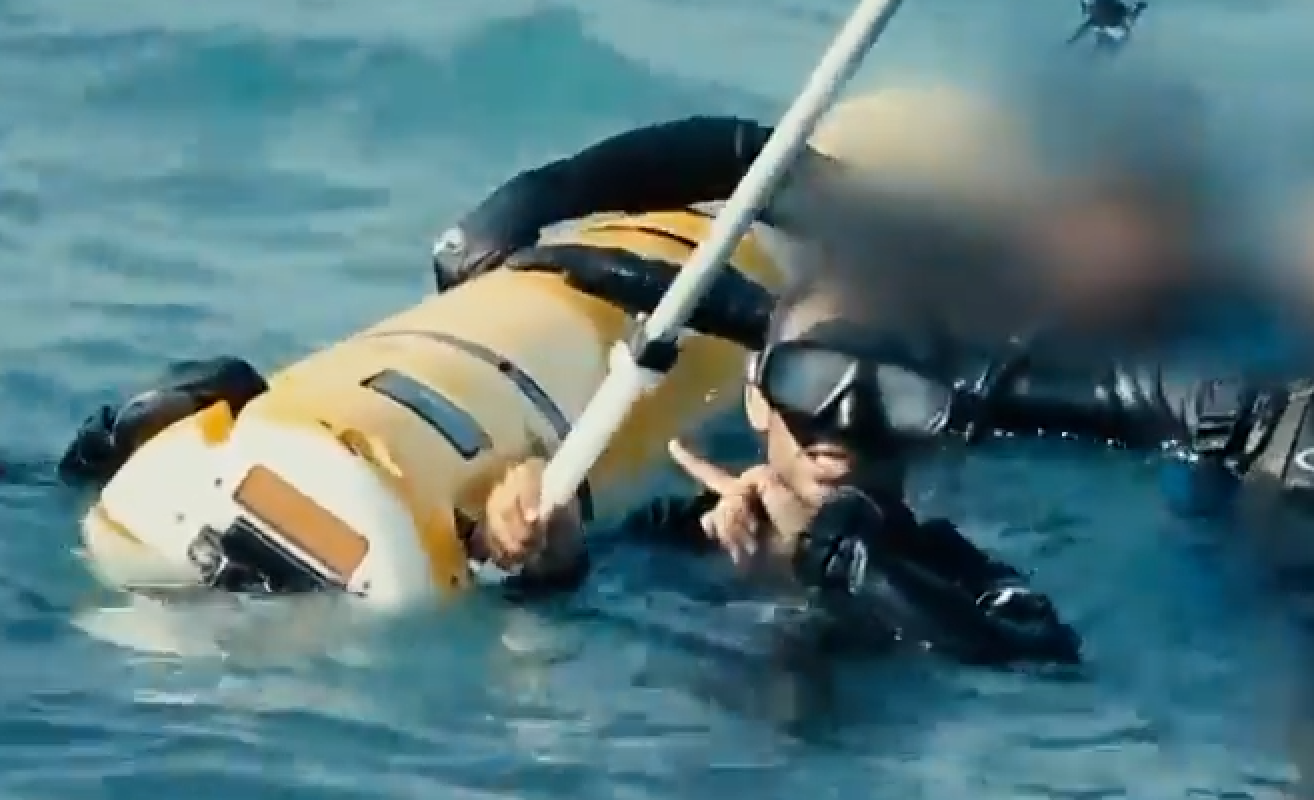 The Navy has already seen vulnerability in its slow-moving unmanned systems, such as the glider captured by Chinese forces in December 2016 and a UUV captured by Houthi forces off the coast of Yemen in January. Neither are the type of USV Gantt was discussing, but the incidents do prove the need to ensure the systems can either protect themselves from capture or can protect the data they’ve collected in the event they are captured by enemy forces.

Despite that vulnerability, Gantt said the Navy is sure that unmanned and optionally unmanned surface vessels will be a force-multiplier for the Navy fleet.

“We’ve started to build out these capabilities that we’ve deployed on either optionally unmanned or unmanned; really talk about unmanned in the context of being a distributed sensing capability, or being a counter-ISR capability [with persistence and] the ability to expand your ability to operate in a contested environment.”

Two ongoing research and development efforts will inform requirements for the Future Surface Combatant family of USVs: the Pentagon’s Strategic Capabilities Office’s Ghost Fleet effort, and the SeaHunter MDUSV effort that was created by DARPA and now transitioned to ONR.

Also during his presentation, Berkof said testing continues in South Florida on the unmanned influence sweep system, which will be towed by the Textron Common Unmanned Surface Vehicle (CUSV). Textron has completed the company-led builder’s trials and is in the middle of pre-delivery inspection and trials, ahead of Navy developmental testing and operational assessment. Berkof said the Navy would make a milestone C acquisition decision in August, if all continued on schedule, to begin production.

The same CUSV vehicle will also undergo “minor” modifications so it can accommodate the AQS-20 and AQS-24 minehunting sonars and the Barracuda mine neutralization system. Barracuda integration efforts and sonar integration testing will begin in Fiscal Year 2019, he said. The Navy is also considering that the CUSV could host other systems to support surface warfare, anti-submarine warfare or other mission areas as needed.

On the UUV side, the Knifefish UUV completed contractor testing and transitioned into Navy developmental testing, which is ongoing. The Large Displacement UUV (LDUUV) that will be employed from an attack submarine has finished its preliminary design review and is currently in critical design. After lawmakers trimmed the program budget in the current fiscal year, Berkof said LDUUV is now looking at having its critical design review in mid-FY 2019 and would begin fabrication to support in-water testing in FY 2021, compared to previous plans to begin in-water testing in FY 2019.