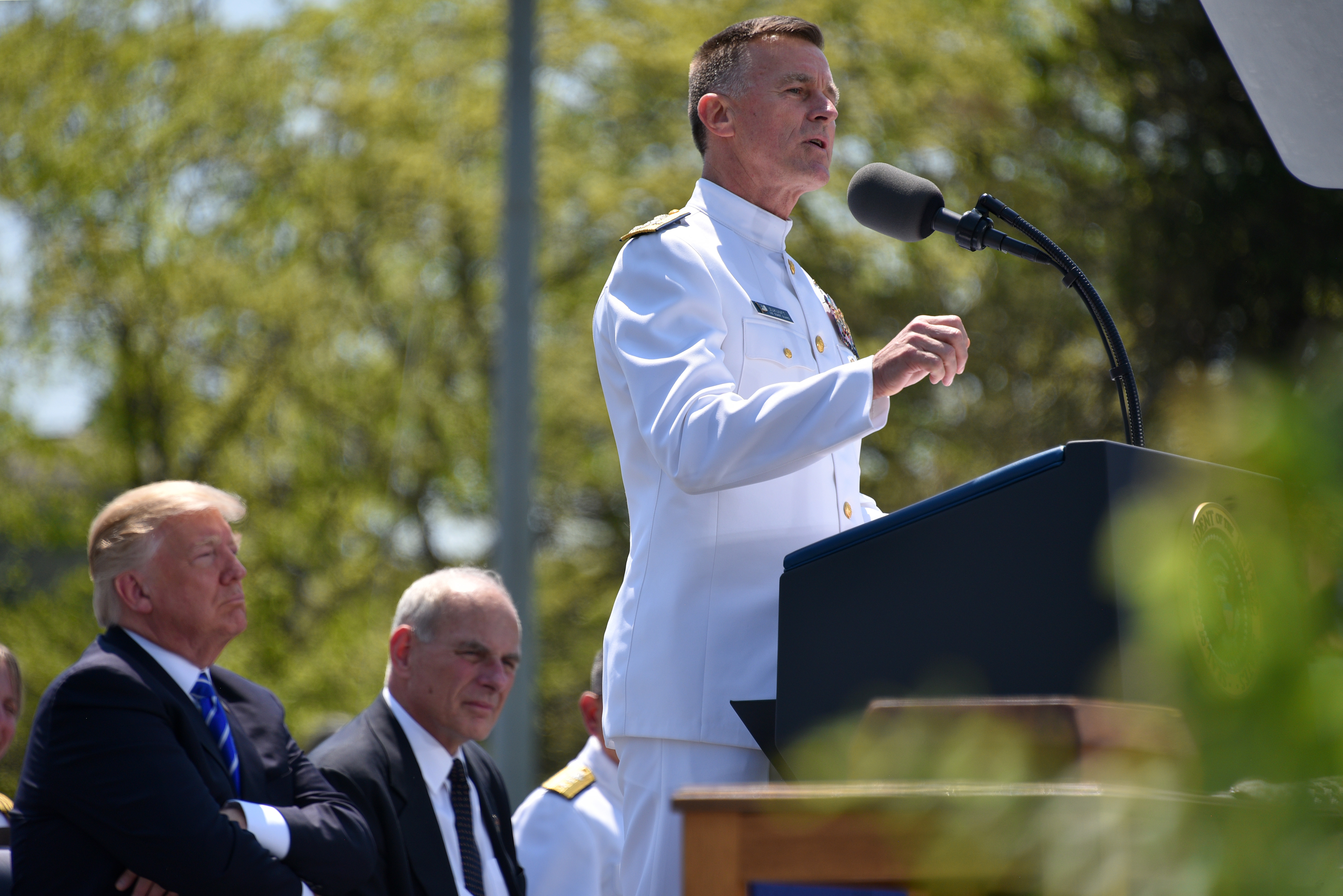 Repealing the law that requires coastal cargo shipping to be done in American vessels with American crews “could have severe repercussions” for the United States such as leading to the closure of federal and state maritime academies and imperiling the long-term health of the nation’s shipbuilding industry, the Coast Guard commandant warned Tuesday.

Adm. Paul Zukunft, speaking at the Center for Strategic and International Studies in Washington, said in answering an audience question on the future of the Jones Act – the law covering domestic cargo – that “this is much more strategic” than lowering transportation costs.

The Jones Act is a a century-old federal law that restricts the movement of cargo between U.S. ports to vessels that are American-built, -crewed, -owned and -operated. While the act protects American companies and ensures sufficient work for American mariners, opponents say it raises costs and is not practical for the modern economy. During the disaster relief effort after Hurricane Maria, supplies were slow to reach Puerto Rican residents in part due to the Jones Act’s requirement that only American ships deliver those goods. The Trump Administration ultimately waived the Jones Act to allow for a faster response.

Since the Trump Administration took over, there has been increased Capitol Hill attention on whether the law remains viable. Proponents for change cite lowered costs as a major plus, while defenders point to the nation already being 2,500 mariners short of its security needs if a prolonged conflict were to occur.

In addition to the domestic impact, Zukunft pointed to China as directly benefitting from repealing the law, which would allow it to dominate American domestic shipping. Because of the size of China’s shipping industry, it could take over domestic coastal trade by having more vessels available and operating at lower costs. Zukunft added this market dominance could also extend to the $4-triliion inland waterways commerce.

Zukunft, who opened a half-day forum on security challenges in the Arctic, said in his remarks that “vast riches exist there” in an area the size of Texas on the extended American continental shelf – which China views as maritime commons. Beijing holds that position because the United States has not signed the U.N. Law of the Sea Convention that sets ground rules to determine the boundaries of a country’s continental shelf.

“We need to sign up to the ground rules” of the treaty to better assert the United States’ interest, he said, for a number of security and economic reasons.

Zukunft said the Arctic is believed to contained 13 percent of the world’s untapped oil deposits, one-third of its natural gas and a host of rare minerals on the seabed that could be used in the relatively near future.

For example, although petroleum “is still a very volatile market” with prices fluctuating greatly, “quite clearly this is a strategic reserve” that can be developed.

In Beijing’s view, the “nine-dash line,” which it uses to exert its territorial claims in the South China Sea, extends into these northern waters as well.

“We traditionally operate there,” is Beijing’s philosophy, Zukunft said. China is expanding its explorations for natural gas, oil, rare earth minerals and fisheries in this sector of the Arctic; working more closely with Russia on economic development; and intensifying its scientific research on oceanic and atmospheric conditions there.

At the same time as China extends its territorial claims and builds an icebreaker to show its presence, “Russia claims all the way up to the North Pole,” the admiral said.

Zukunft said “the Russians are re-investing in distant search and rescue” installations along the Northern Polar Route while also readying two corvettes for duty there as it militarizes some islands for their operation. “We are seeing duality” in Moscow’s approach to its future in the high latitudes. Russia controls the largest swath of territory among the eight Arctic nations.

Like Canada, which claims the Northwest Passage as lying in its territorial waters, Russia claims the Northern Polar Route as its own. Among its stepped-up activities along the route, Moscow is using specially-designed liquefied natural gas vessels, in cooperation with the Chinese, to export natural gas from the Amal region to Asia.

Last year, Canada escorted American Coast Guard buoy tender USCGC Maple (WLB-207) through the passage as it sailed from Sitka, Alaska, to Baltimore, Md., for overhaul, as a way for Canada to reinforce its claim of territorial waters.

In light of all that activity, Zukunft added, “it is probably in our best interest to protect our interests” in the Arctic.

The question facing future commandants is “what do you need an icebreaker to do — 20, 30, 40 years” from now. Factoring in military needs, be it direct energy weapons or some other system yet to be developed, design decisions today must leave “reserve space, weight and power.”

Zukunft, who is schedule to retire June 1, termed the icebreaker “the sentinel of the Arctic … to provide domain awareness” in a region of increased human activity in petroleum and natural gas exploration and extraction now. It is also a region “where the tyranny of distance” is a major factor in coping with man-made disaster or search and rescue.

“It is a place where no service chief wants to find himself without rescue capability.”

That human activity is going to increase, Zukunft added, as glaciers and ice on the transpolar sea route continue to melt. He said he could imagine a shipping season running from July well into September by 2030 if present trends continue in the Northern Polar Route.

That melting ice and subsequent rising sea level is not only directly impacting the indigenous populations living in the Arctic through erosion but is also affecting Tidewater Virginia and the Louisiana Gulf Coast in the form of flooding.

Zukunft said, “Inuit elders have a name for [melting glaciers, sea ice and coastal erosion]. They call it: ‘climate change.'”