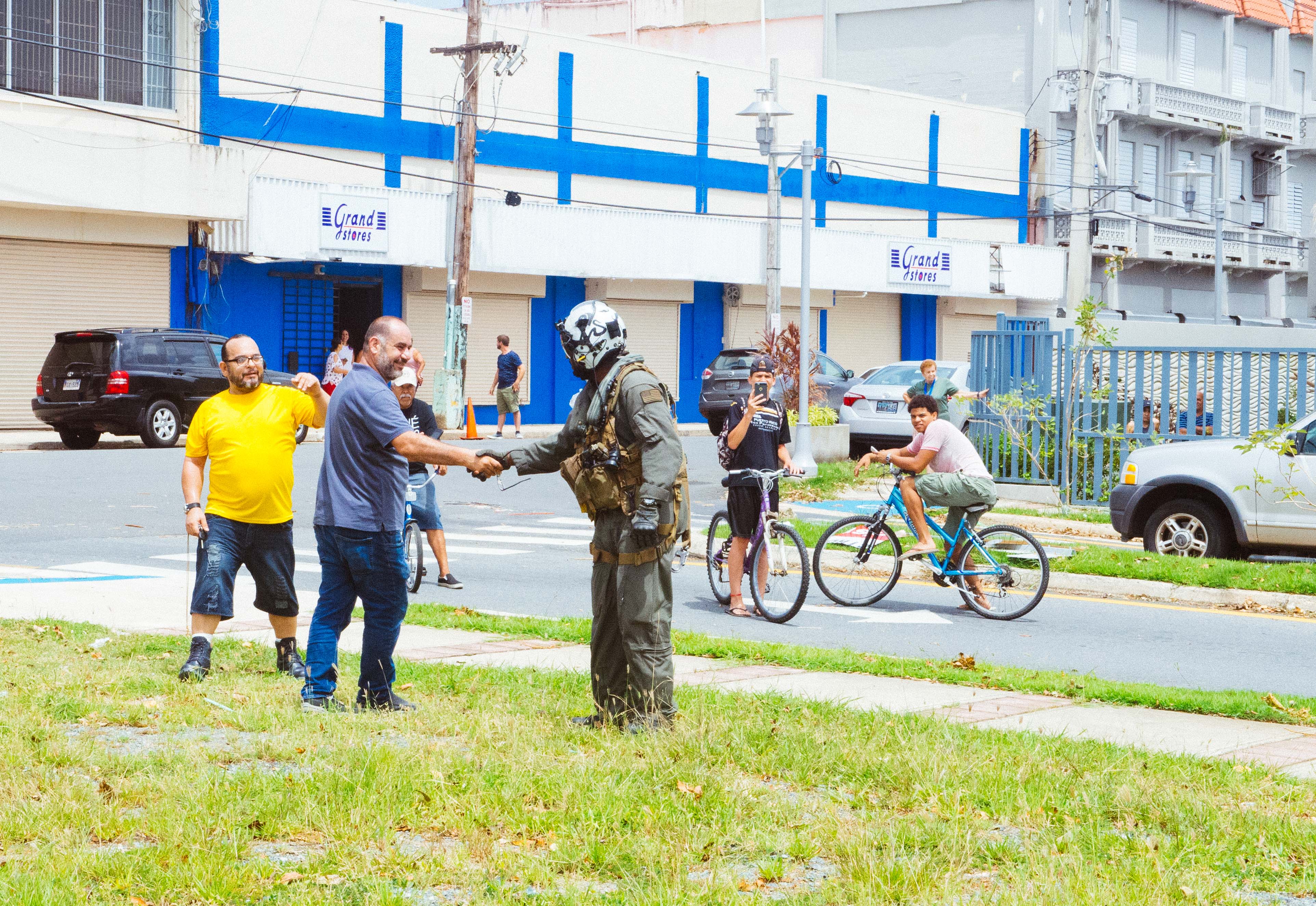 Sailors talk with civilians during hurricane relief efforts on Puerto Rico on Sept 26, 2017. US Navy Photo

Hurricane Maria made landfall more than a week ago in Puerto Rico, but the island’s largest cargo shipping facility in San Juan has only been open with no restrictions since Tuesday, according to the U.S. Coast Guard.

Coast Guard teams needed to assess damage to the San Juan port facilities, including clearing any debris from the shipping channels and ensuring all the navigation aides were properly working.

Marines and sailors from the ARG also set up a supply staging base receiving around-the-clock airlifts at Roosevelt Roads, the former Navy base now operated as a civilian airport in Puerto Rico, according to U.S. Northern Command. Along with Roosevelt Roads, San Juan International and six other airports in Puerto Rico are either fully open or open with restrictions such as daylight operations only. 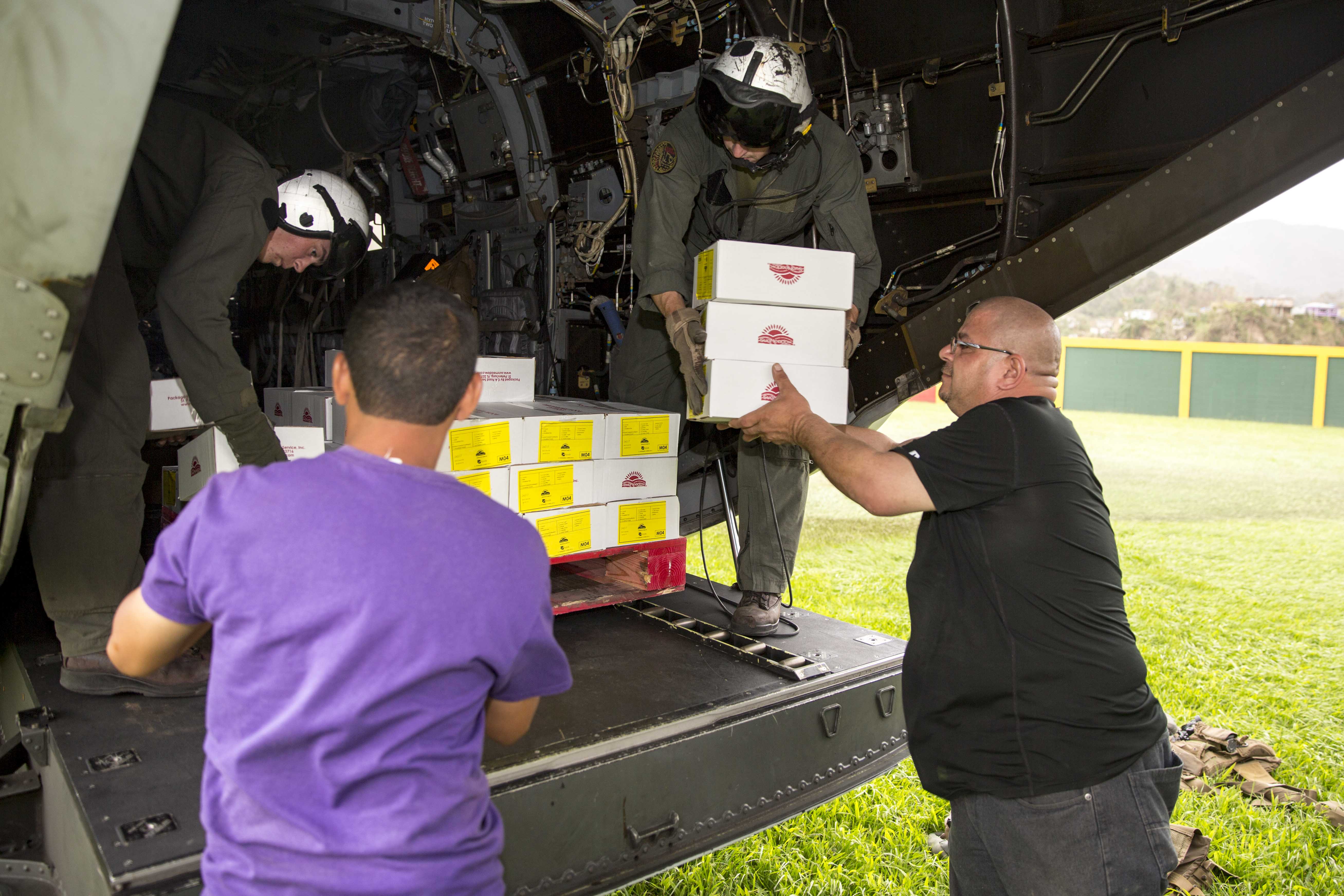 As of Wednesday, only 11 of Puerto Rico’s 69 hospitals had fuel or power. Two of the largest, the Centro Medico Hospital in San Juan and San Pablo Hospital in Bayamon, had power restored.

Comfort is an afloat, mobile, acute surgical facility, providing the same level of medical care found at a major shore medical hospital such as Naval Medical Center Portsmouth or the Maryland Trauma Center in Baltimore. During normal pier side operations, Comfort has approximately 50 personnel who crew the ship, keeping it ready to quickly deploy. When activated, according to the Navy, Comfort’s crew grows to approximately 1,200 personnel.

Homeland Security’s waiver of federal shipping restrictions was issued after the Department of Defense requested the move Wednesday, according to a statement released by acting Homeland Security Secretary Elaine Duke. Earlier this month, Duke issued a similar waiver for Texas about two weeks after Hurricane Harvey made landfall.

In both instances, the Department of Defense requested the waivers in the “interest of national defense,” according to the formal request letters.