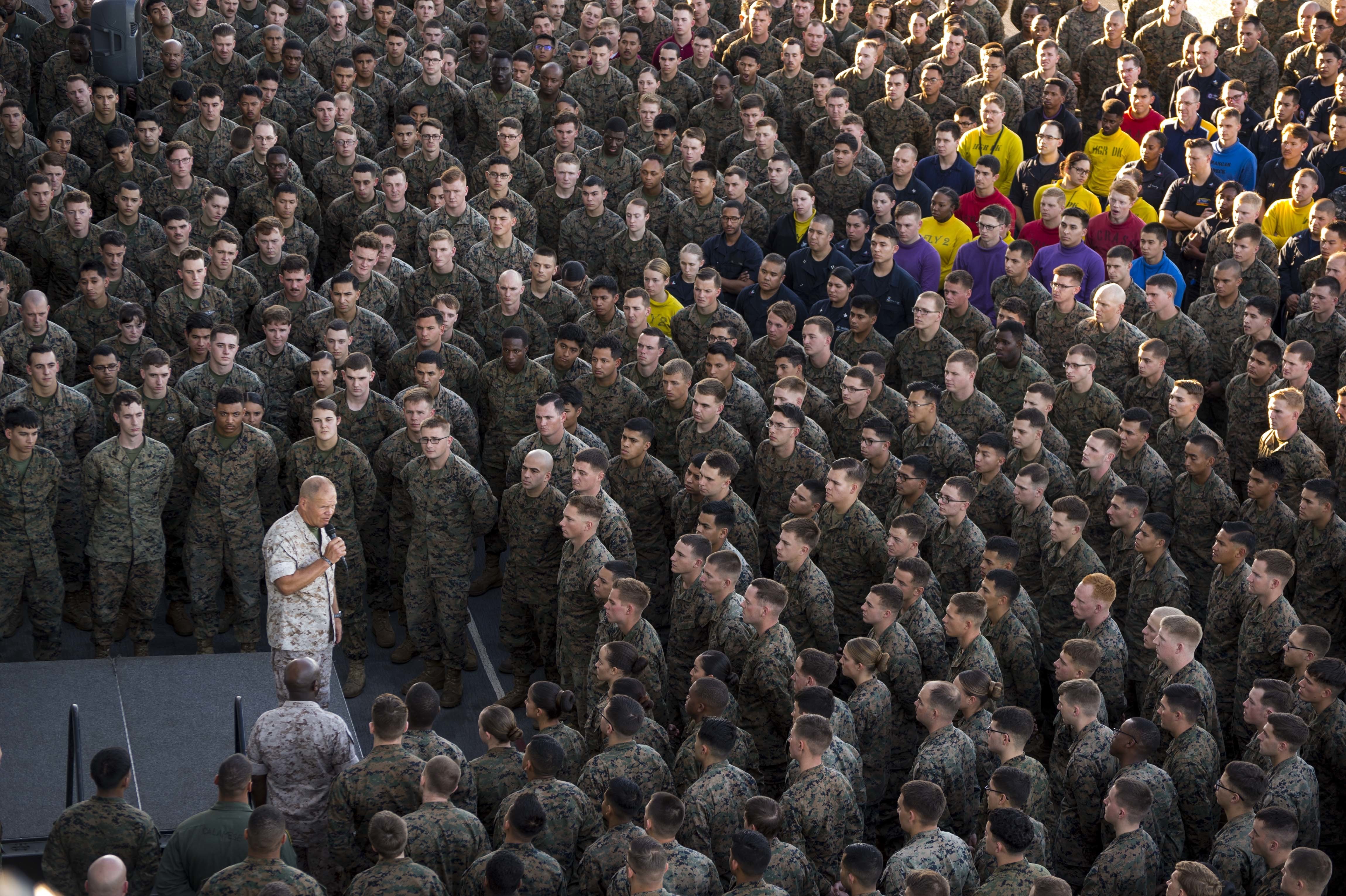 The 31st Marine Expeditionary Unit launched a full investigation into Saturday’s fatal MV-22 crash off the coast of Australia and conducted a 48-hour operational pause to review safety and procedures, the Marine Corps announced.

31st MEU “launched a full investigation into the mishap to determine the cause; instituted a 48-hour operational pause to review unit safety procedures; collected firsthand accounts of those involved, reviewed aircraft maintenance logs and crew training records, and closely analyzed all factors contributing to the mishap with our senior aviation leadership; the squadron commanding officer met with squadron members to re-emphasize the importance of adhering to flight standards and safety procedures,” according to a Marine Corps news release.

“After taking these actions and making an initial examination of the facts and circumstances leading up to the mishap, the MEU determined that the Osprey is safe to fly and resumed operations,” Nicholson said in the Marine Corps statement.
“I concurred with the MEU commander—I would never put my aircrews or any local citizens in danger by flying an aircraft that I do not believe is safe and ready to fly. We did not take the decision to continue flight operations lightly.”

The Royal Australian Navy is leading the recovery effort, having located the crashed Osprey in the water on Sunday with its hydrographic survey ship HMAS Melville (HS 02/A 246), and sending a clearance diving team out on Monday to begin recovery operations with a remotely operated vehicle (ROV). The Osprey crashed on Saturday with 26 crew and passengers onboard. Twenty-three were rescued from the water and three have been declared lost at sea and presumed dead: 1st Lt. Benjamin Cross, 26; Cpl. Nathaniel Ordway, 21; and Pfc. Ruben Velasco, 19. 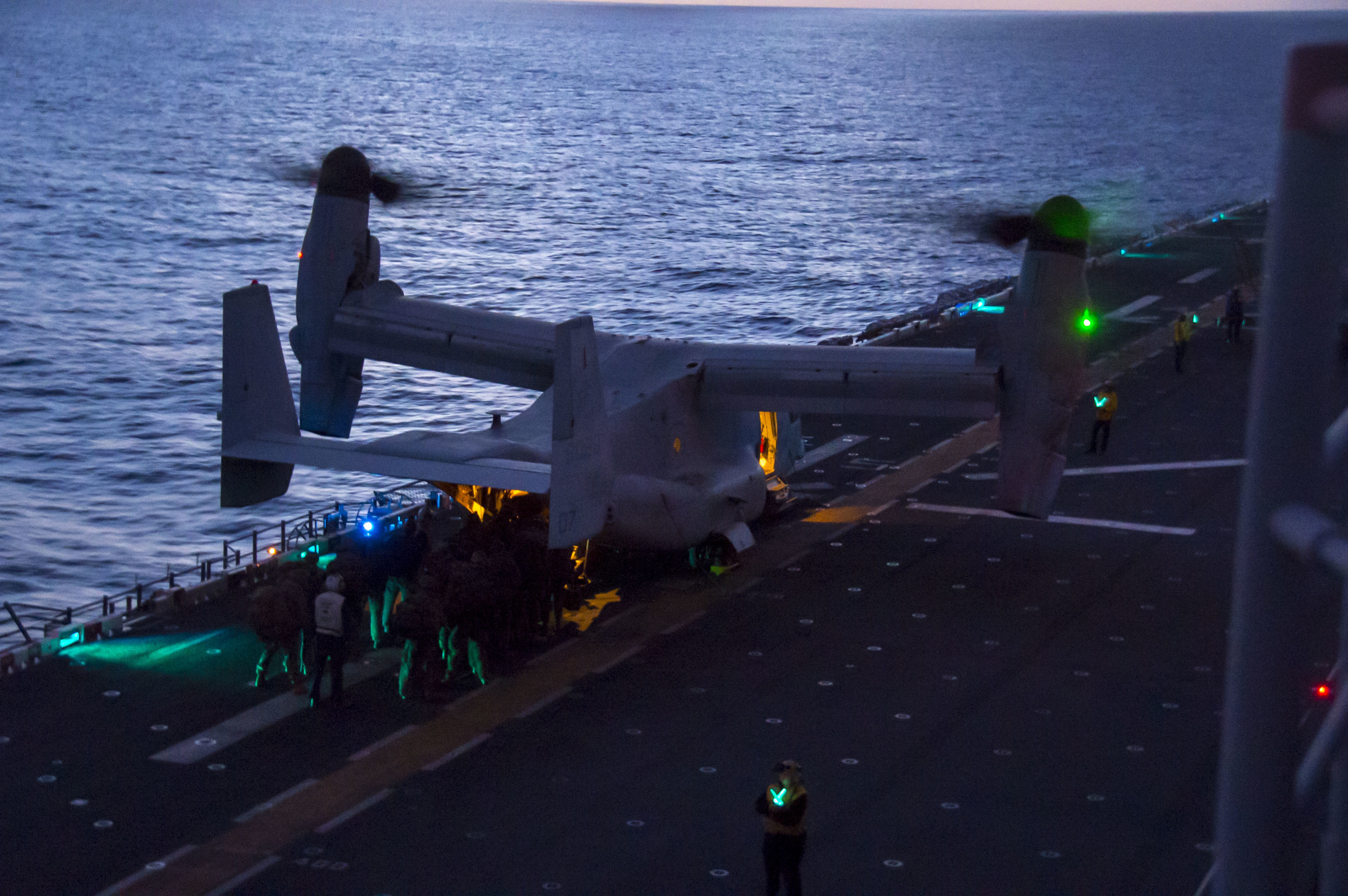 Marines assigned to the 31st Marine Expeditionary Unit (MEU) board an MV-22B Osprey, assigned to the “Dragons” of Marine Medium Tiltrotor Squadron (VMM) 265 (Reinforced), aboard the flight deck of the amphibious assault ship USS Bonhomme Richard (LHD 6) during an embassy reinforcement exercise on Aug. 2, 2017. US Navy photo.

The Bonhomme Richard ARG and 31st MEU had been off the coast of Australia to participate in Talisman Saber 2017 during the month of July and had since Aug. 2 been conducting an internal Amphibious Integration Training event.

In the III MEF statement, the Marine Corps stood by the MV-22B Osprey platform, calling the aircraft “reliable and exceptionally valuable assets.”

“The MV-22 Osprey in particular has proven itself capable of reaching remote areas and supporting critical missions like providing assistance to victims of the 2016 earthquake in Kumamoto, the 2015 earthquake in Nepal and Super Typhoon Haiyan in the Philippines in 2013,” according to the statement.
“We live in the Indo-Asia-Pacific region and care very deeply for our international friends and partners. We value our aircrews and the Marines and sailors who fly in our aircraft, as well as the citizens we fly over in the United States, Japan, Australia, and throughout the world. III MEF will continue to train to ensure readiness while minimizing impact to our communities so we can operate safely when and where we are needed.”