The Royal Australian Navy detected the location of the American MV-22 Osprey that crashed in the water on Aug. 5 and will begin recovery operations with a dive team.

The Royal Australian Navy Clearance Diving team embarked today aboard the hydrographic survey ship HMAS Melville (HS 02/A 246), according to an a III Marine Expeditionary Force news release. The ship’s crew detected the location of the crashed plane yesterday, and the dive team will begin recovery operations later today using a remotely operated underwater vehicle (ROV). The team has coordinated its actions with the U.S. Marine Corps and U.S. Navy aboard amphibious assault ship USS Bonhomme Richard (LHD-6), the ship that launched the Osprey involved in Saturday’s crash. 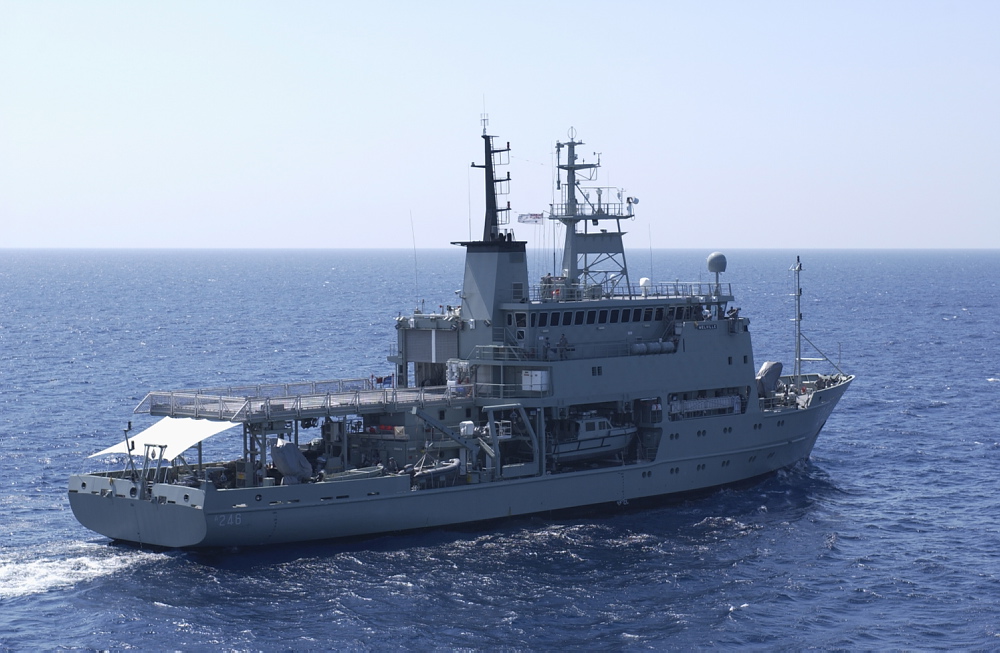 “I want to thank the Australian Defence Force, and the crew of the HMAS Melville in particular, for their assistance in the search and recovery effort of our MV-22 that went down off the coast of Australia,” Lt. Gen. Lawrence Nicholson, commanding general of III Marine Expeditionary Force, said in the news release.
“They volunteered their help before we could even ask, demonstrating their friendship and value as international partners. The crew of the Melville and its assets have been invaluable in the recovery effort. On behalf of the Marines, sailors, and families of III MEF, I thank you for your support.”

At about 3:00 a.m. local time on Sunday, the Navy and Marine Corps called off the search for three remaining Marines who had not been rescued. Five crew members and 21 passengers were on the aircraft when it crashed during final approach to amphibious transport dock USS Green Bay (LPD-20), according to NBC News. Green Bay’s flight deck was damaged in the incident, NBC News reported. Twenty-three of the 26 Marines were immediately pulled out of the water by helicopters and small boats involved in the rescue effort.

The three remaining Marines are presumed lost at sea. Their families have been notified, but their names have not yet been publicly released.