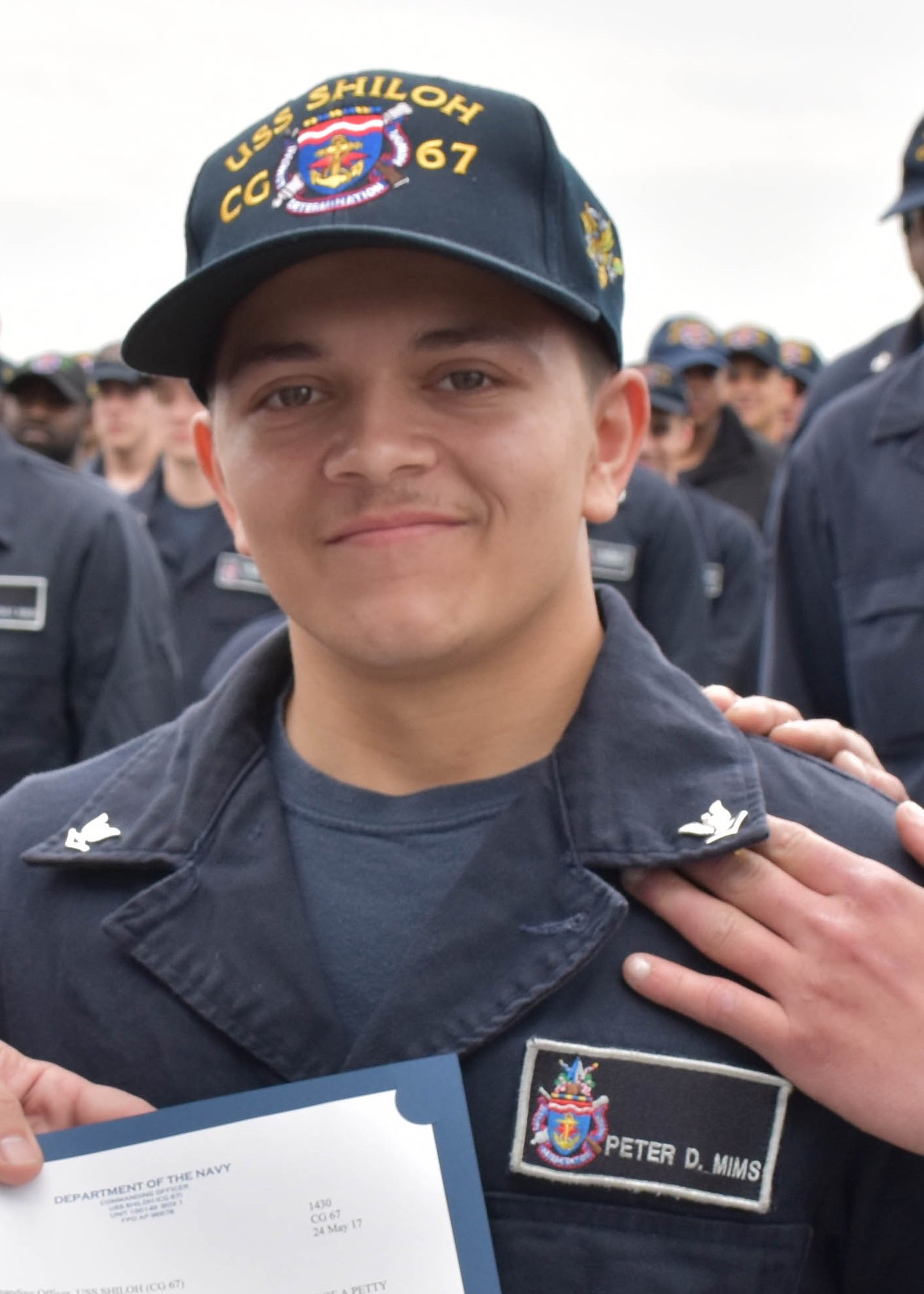 Gas Turbine Systems Technician (Mechanical) 3rd Class Peter Mims poses for a photo after being frocked to the rank of petty officer third class during a ceremony aboard the forward-deployed Ticonderoga-class guided-missile cruiser USS Shiloh (CG-67) on May 25, 2017. US Navy Photo

The USS Shiloh (CG-67) sailor who had been missing since June 8 was found alive onboard the ship, the Navy announced this morning.

Gas Turbine Systems Technician (Mechanical) 3rd Class Peter Mims was found today and will be transferred to the USS Ronald Reagan (CVN-76) for a medical evaluation and recommendations for follow-on care.

“We are thankful to have found our missing shipmate and appreciate all the hard work of our Sailors and Japanese partners in searching for him,” Rear Adm. Charles Williams, commander of Carrier Strike Group 5 and Task Force 70, said in a Navy statement.
“I am relieved that this Sailor’s family will not be joining the ranks of Gold Star Families that have sacrificed so much for our country.”

A slew of U.S. Navy and Japanese navy and coast guard assets spent 50 hours searching for Mims and covered about 5,500 square miles of ocean, after he went missing June 8 while Shiloh was operating in the Philippine Sea, about 180 miles east of Okinawa. The search was called off on June 11, though sailors had continued to look for him on the ship even after the search at sea was suspended.

The Navy is still investigating the circumstances of his disappearance, according to the statement. The news release did not comment on his condition or where on the ship he was found. It is Navy protocol to search all spaces of a ship when a man-overboard is called, and the Navy did not indicate what may have led to Mims not being found during this shipboard search.