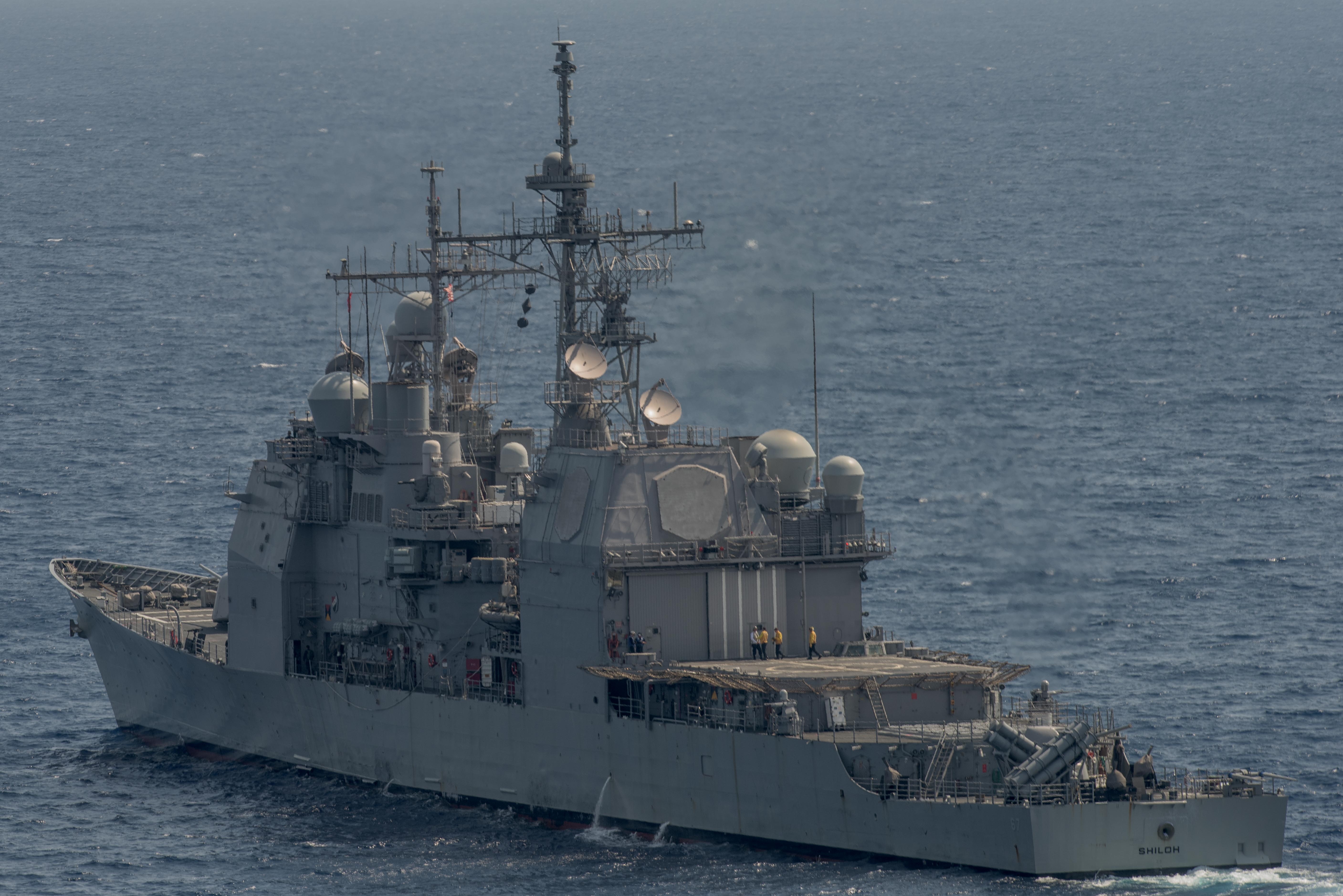 The Ticonderoga-class guided missile cruiser USS Shiloh (CG 67) patrols the waters South of Japan on May 22, 2017. US Navy photo.

A sailor from USS Shiloh (CG-67) has gone missing, as the guided-missile cruiser was operating in the Philippine Sea about 180 miles east of Okinawa.

The sailor has not been publicly identified.

This incident follows closely after another sailor fell overboard and has been presumed dead. Fire Controlman 2nd Class Christopher Clavin fell overboard his ship, cruiser USS Normandy (CG-60), while operating off the coast of North Carolina on Tuesday. Other sailors saw him fall overboard and began an immediate search, but he could not be located and the Navy called off the search today.