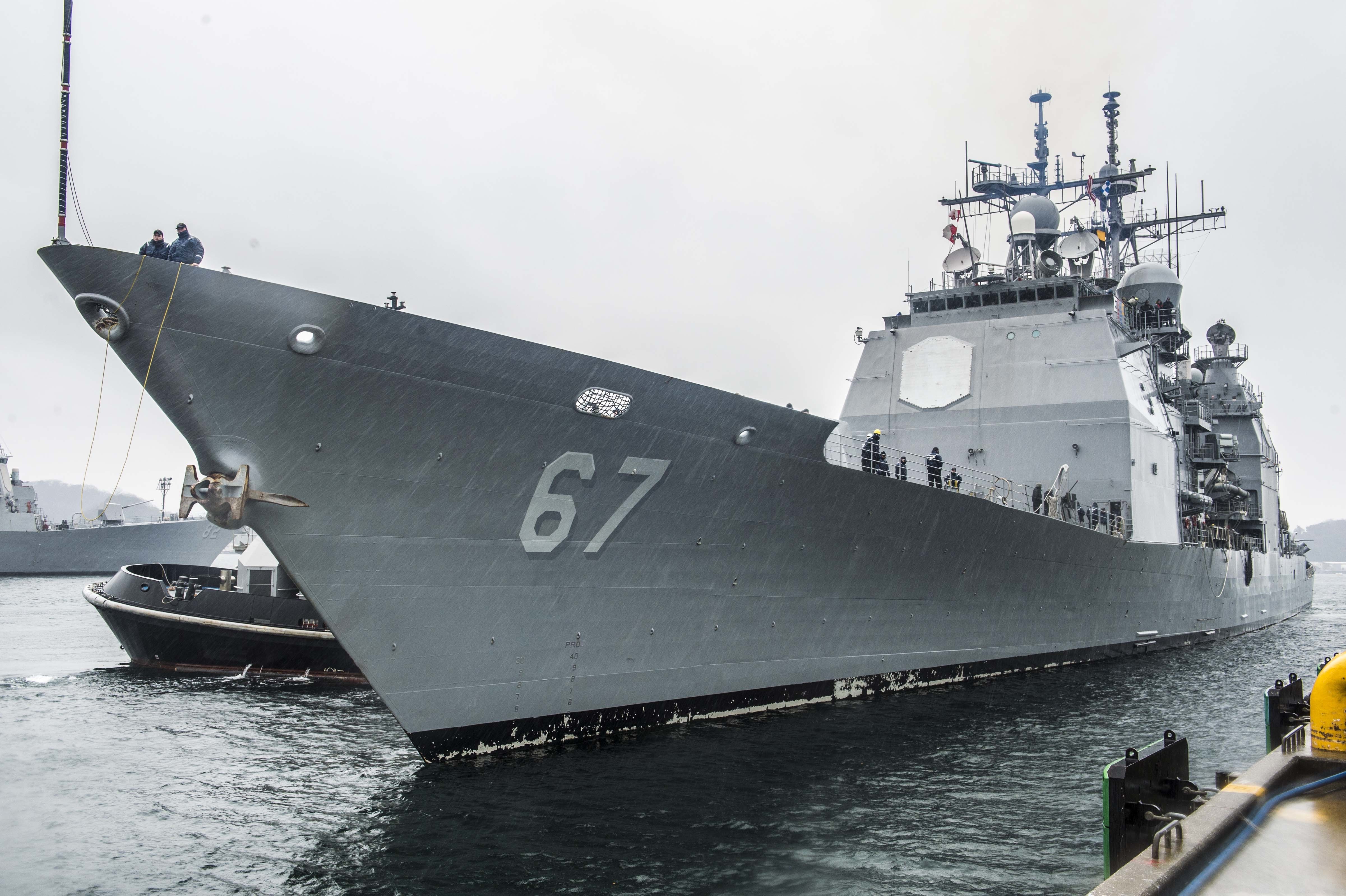 U.S. and Japanese ships and aircraft suspended their search for the missing USS Shiloh (CG-67) sailor after about 50 hours of “an exhaustive search” effort that covered about 5,500 square miles, the Navy announced.

The search ended at midnight on June 11, Japan Standard Time. The sailor was reported missing and presumed overboard around 9:30 p.m. on June 8.

“The decision to suspend the search was not arrived at lightly. Our thoughts are with our lost shipmate, his family, and the officers and crew of USS Shiloh,” Rear Adm. Charles Williams, commander of Carrier Strike Group 5 and Task Force 70, said in a Navy news release.
“I am thankful for the dedication and professionalism shown during this search by the U.S. Navy and our Japanese allies.”

“Our thoughts and prayers are with the family, and the crew of the USS Shiloh during this difficult time,” Vice Adm. Joseph Aucoin, commander of U.S. 7th Fleet, said in the news release. “I’m proud of the effort the crews of the Reagan Strike Group and our Japanese allies made to find our shipmate.”

The Navy has not identified the missing sailor and noted in the news release that the family has requested privacy at this time. The ship’s crew plans on conducting a memorial service for the lost sailor. The Navy is currently investigating the situation.

Shiloh had been operating about 180 miles off the coast of Okinawa when the sailor went missing. The guided-missile cruiser is part of the Ronald Reagan Carrier Strike Group, part of the Forward Deployed Naval Forces that operates out of Japan.

This is the second man-overboard incident in a week that ended in the search being called off without recovering the sailor. Sailors saw Fire Controlman 2nd Class Christopher W. Clavin fall off guided-missile cruiser USS Normandy (CG-60) on June 6, and though the search began immediately, the search was called off on June 9 and the Navy declared Clavin presumed lost at sea.