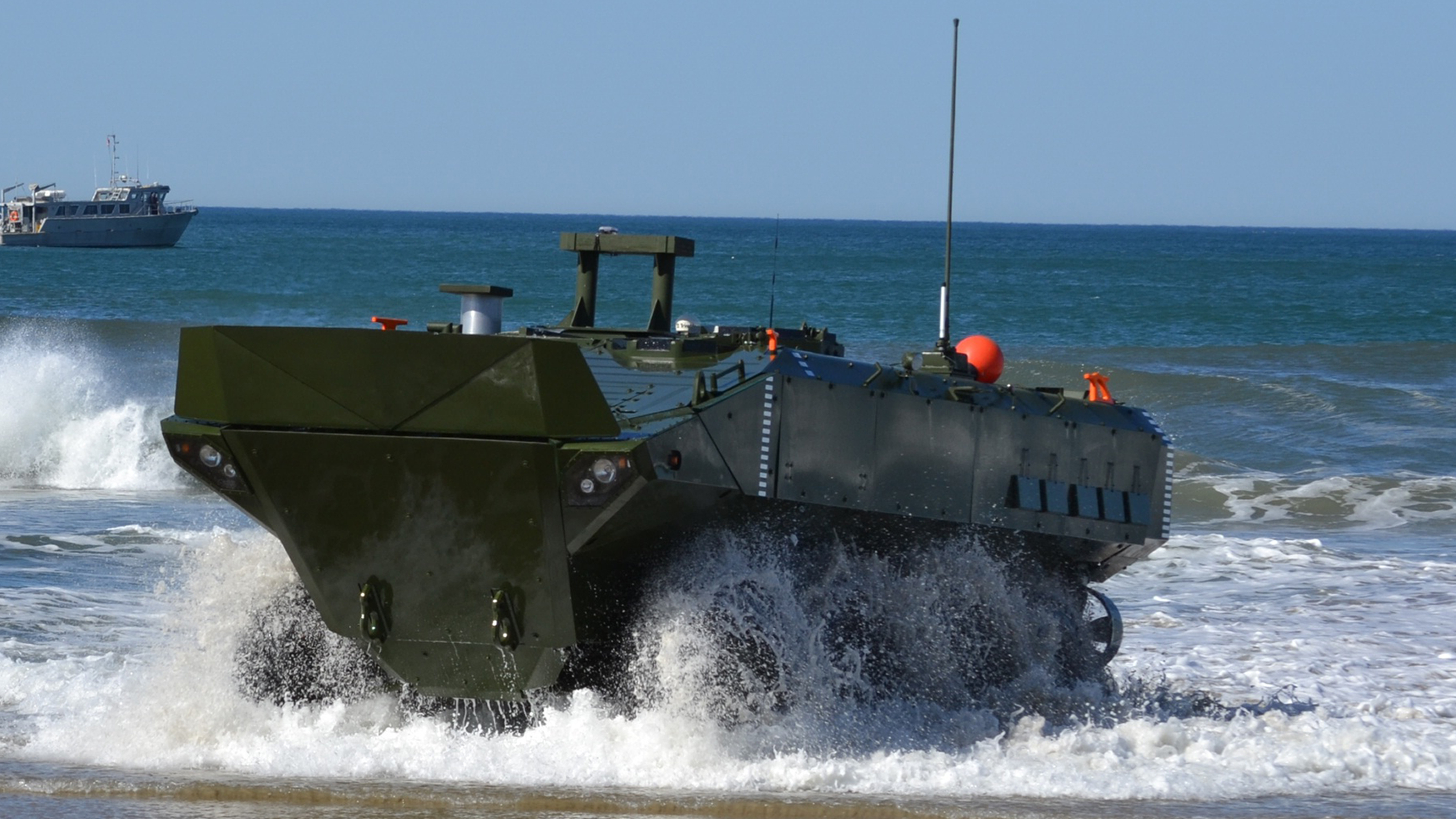 BAE Systems’ ACV 1.1 solution has completed thousands of miles of mobility testing and a full range of amphibious operations, including demonstrations of launch and recovery. BAE Systems photo.

WASHINGTON, D.C. — The Marine Corps’ Amphibious Combat Vehicle is on track for testing this year and a down-select and contract award a year from now, the Program Executive Officer for Land Systems told lawmakers and reporters today.

The ACV 1.1 test schedule had to be pushed back three months due to a contract award protest filed by General Dynamics Land Systems in December 2015, after the Marine Corps awarded its two engineering and manufacturing development contracts to BAE Systems and SAIC. But since the test schedule was revised, PEO Land Systems John Garner said the two competitors have been delivering vehicles and conducting multiple types of tests at facilities across the country.

“Both contractors are delivering, it is a competitive environment. One of them is ahead on the delivery schedule, is meeting all criteria and is ahead on testing, and by the end of this week we will have 13 vehicles from one of them, we currently have 12 already,” Garner said during a hearing at the Senate Armed Services seapower subcommittee. USNI News understands he was referring to BAE Systems when discussing the company that has delivered 12 vehicles.
“The other one, we’re accepting four vehicles today. … We already had two, so we’ll have six. By the end of next week it will be 15 from one and it will be 12 from the other, and that’s enough to fully support the test schedule and maintain the critical milestones, the Milestone C about this time next year.”

Garner told reporters after the hearing that testing is currently taking place at two locations now: blast tests and other assorted assessments at Aberdeen Proving Grounds in Maryland, and mission-focused testing at Amphibious Vehicle Test Branch in California. The vehicles will also undergo soft soil testing in Mississippi and various other test events around the country, in about five locations total, he said.

An ACV operational assessment will take place early next year, Garner told reporters, with a Milestone C declaration made around June 2018 and a low-rate initial production contract awarded to one of the two bidders around the same time. 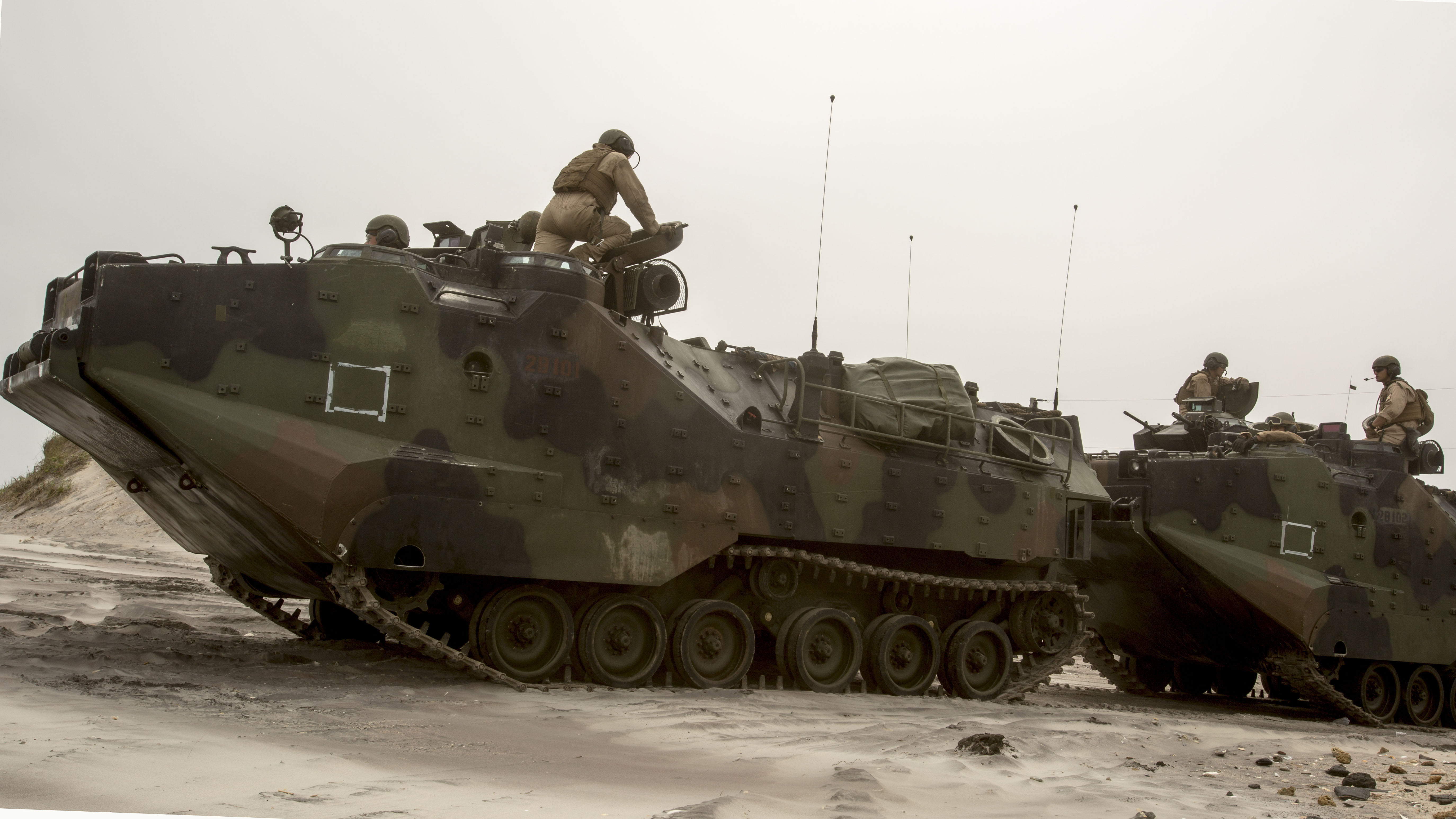 Garner said during the hearing that the final shot of blast testing was successfully fired at the vehicles today, and as of this morning the vehicle “has met all of its survivability requirements.” He added that the operational assessment would end in about a week and that a decision to move forward with upgrading the remaining nearly-400 vehicles would take place in about two months.

Garner was also asked abut the Joint Light Tactical Vehicle, which the Marine Corps is buying alongside the Army. The Marines asked for 527 in the 2018 budget request. Garner said in response to a question that he would have liked to buy more JLTVs in 2018, “but there are always other competing priorities, including things like ACV, so that’s balanced and right now that works fine for ’18. What we would like to do is, in a future year we may decide to accelerate and increase that requirement, but for right now .. we’re still in the low-rate initial production phase, we haven’t completed the [initial operational test and evaluation], so between our buy and the Army buy we’re pretty much against the [low-rate initial production] cap right now” for builder Oshkosh Defense.

The Marine Corps has so far bought the JLTVs more slowly than originally planned, but it still intends to buy at least 5,500 over the life of the program. Lt. Gen. Robert Walsh, deputy commandant for combat development and integration, said at the hearing that the Marines will have to buy more vehicles of some type to fully replace the more-than-17,000 humvees the service has today, but he said the Marines’ plans could evolve as it learns more about future increments of the JLTV and other potential Humvee replacements.

“We’re not exactly sure what that objective is going to be long-term. It’s going to be much higher than 5,500,” Walsh said, but “could they be some kind of lighter truck that does not have the same protection requirements that a JLTV would have? Because not all our vehicles may be operating in a highly contested environment. So that’s part of the decision as we continue to build this increment and then move on to Increment 2 and Increment 3, we’ll look through what that long-term requirement will be.”