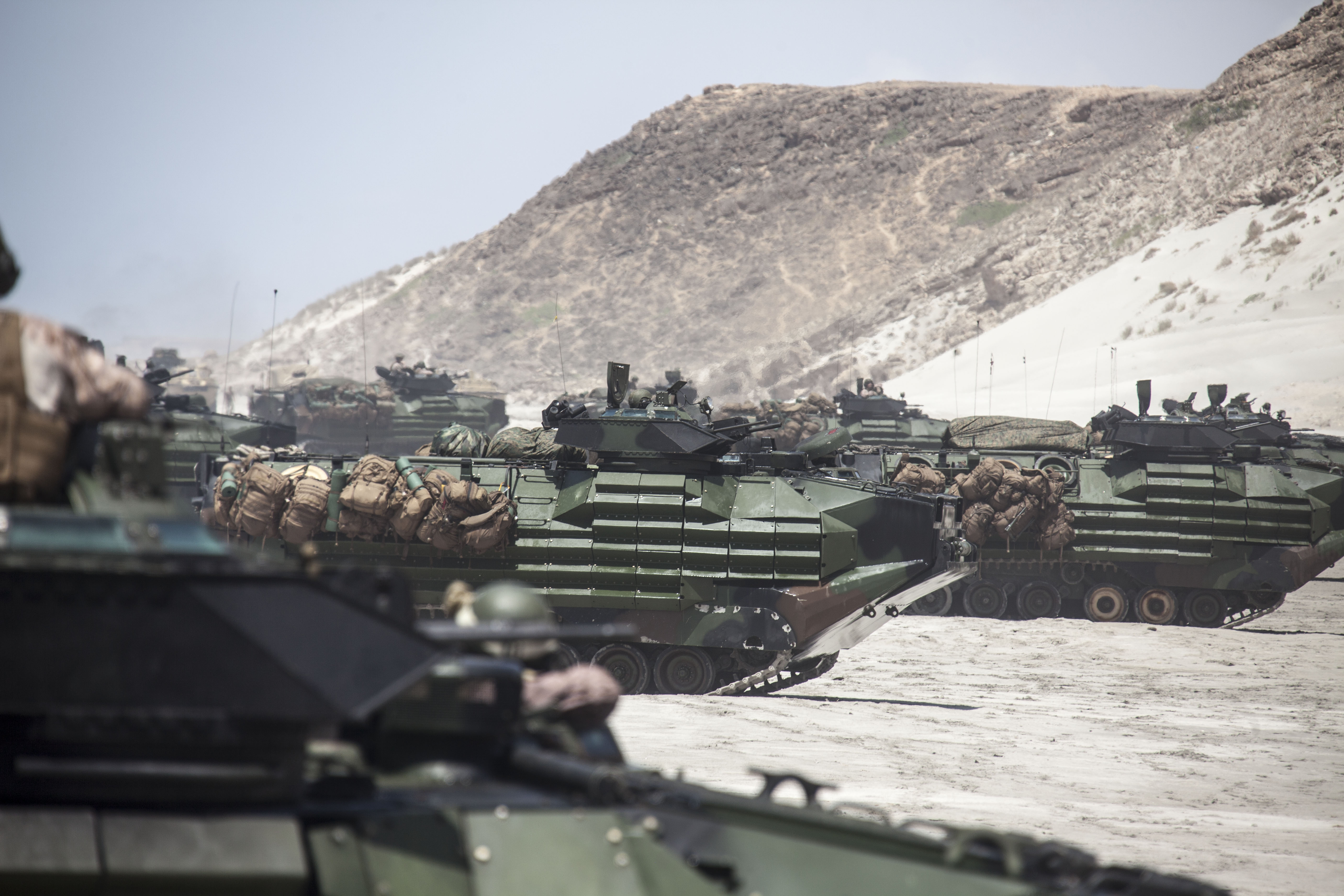 MARINE CORPS BASE QUANTICO – The Marine Corps and contractor SAIC are in the middle of upgrading the first 10 legacy amphibious assault vehicles (AAVs) and may begin testing ahead of schedule, the AAV survivability upgrade team lead told USNI News at the annual Modern Day Marine expo.

Maj. Paul Rivera said that SAIC has taken apart its 10 AAVs and farmed out the components to its team of subcontractors. Once the subcontractors finish their work – adding blast protection, additional reserve buoyance and more horsepower to the decades-old vehicles – SAIC will reintegrate the vehicles later this fall.

Rivera added that testing could begin as early as next spring, which would put the program ahead of schedule. Marines will spend eight months testing the upgrades on land, in the water, in live-fire ranges and more before a spring 2017 decision to go into low-rate initial production (LRIP).

The AAVs, also called amtracks, will leave the fleet in 2030. This limited upgrade effort “is really focusing on one gap that this vehicle has,” Rivera said: force protection. Therefore, the survivability program upgrade adds tempered aluminum armor on the underbelly, adds buoyant ceramic armor to the sides – which would not only block projectiles but also adds reserve buoyancy, which is important as the fully-loaded Marine grows heavier and heavier with more gear – and replaces old passenger benches and crew seats with blast-mitigating seats.

Rivera said the upgrade effort would add about 10,000 pounds to the vehicle, so a new transmission and engine are being added to keep the vehicle moving at the same speed or better in the water and on land.

“Everything is on track, it’s a success story,” Rivera said.
“The prime now is doing a phenomenal job, they’ve gone out there and they’ve really keyed in on the best of what industry has. They’ve gone to the individuals [subcontractors] that are good at what they do, and that’s what’s made them successful.”

The Marines intend to upgrade 392 AAVs total, with the first upgraded vehicle rolling out around February. Those vehicles, plus the Amphibious Combat Vehicle – in source selection now – will together create a forcible entry capability for all seven Marine Expeditionary Units and two Marine Expeditionary Brigades, as required by law. They will also represent armored lift for 10 infantry battalions of about 100 Marines each.