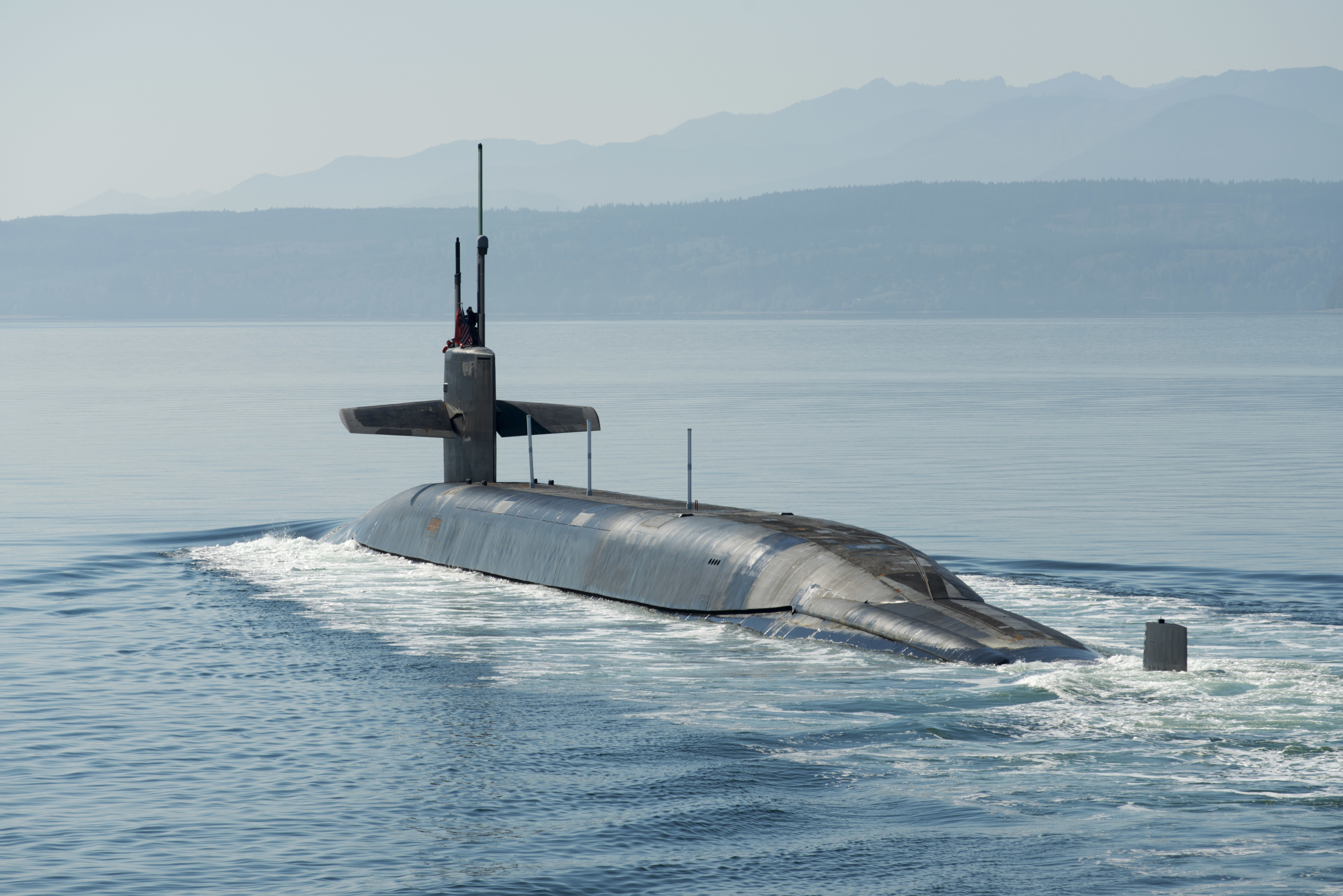 The Blue crew of the ballistic-missile submarine USS Henry M. Jackson (SSBN 730) transits the Hood Canal as it returns home to Naval Base Kitsap-Bangor following a routine strategic deterrent patrol on Sept. 30, 2015. US Navy photo.

The Columbia-class boats, formerly-dubbed the Ohio Replacement Program, will replace the aging Ohio-class submarines, some of which are still going through mid-life upgrades but the first of which is set to decommission in 2026. The future Columbia is on a tight schedule to be designed, constructed and tested in time for a maiden deployment in 2031 to maintain a fleet of 12 SSBNs capable of providing continuous global nuclear deterrence.

USNI News first reported the Columbia-class name in July, but the submarine community has been hesitant to use the new name until Navy Secretary Ray Mabus made it official, which will happen at Wednesday’s ceremony. Lawmakers such as Rep. Joe Courtney (D-Conn.) and Rep. Rob Wittman (R-Va.), who serve on the House Armed Services Committee, have begun using the name in recent weeks to refer to the new class of ballistic missile subs.

USNI News reported in July that while other Navy ships and NASA space shuttles have been named “Columbia” before, this will be the first time a ship specifically pays homage to the nation’s capital, the District of Columbia. The ship number, 826, also acknowledges the previous class of ballistic submarines, with USS Ohio originally being designated SSBN-726, before it was converted to a guided-missile submarine to carry conventional weapons and re-designated SSGN-726.

Also at the ceremony, Mabus will also name the 11th Expeditionary Fast Transport (formerly called the Joint High Speed Vessel) Puerto Rico (T-EPF-11) and the third ship in a new class of oilers Earl Warren (T-AO-207) in honor of the former chief justice on the United States Supreme Court.