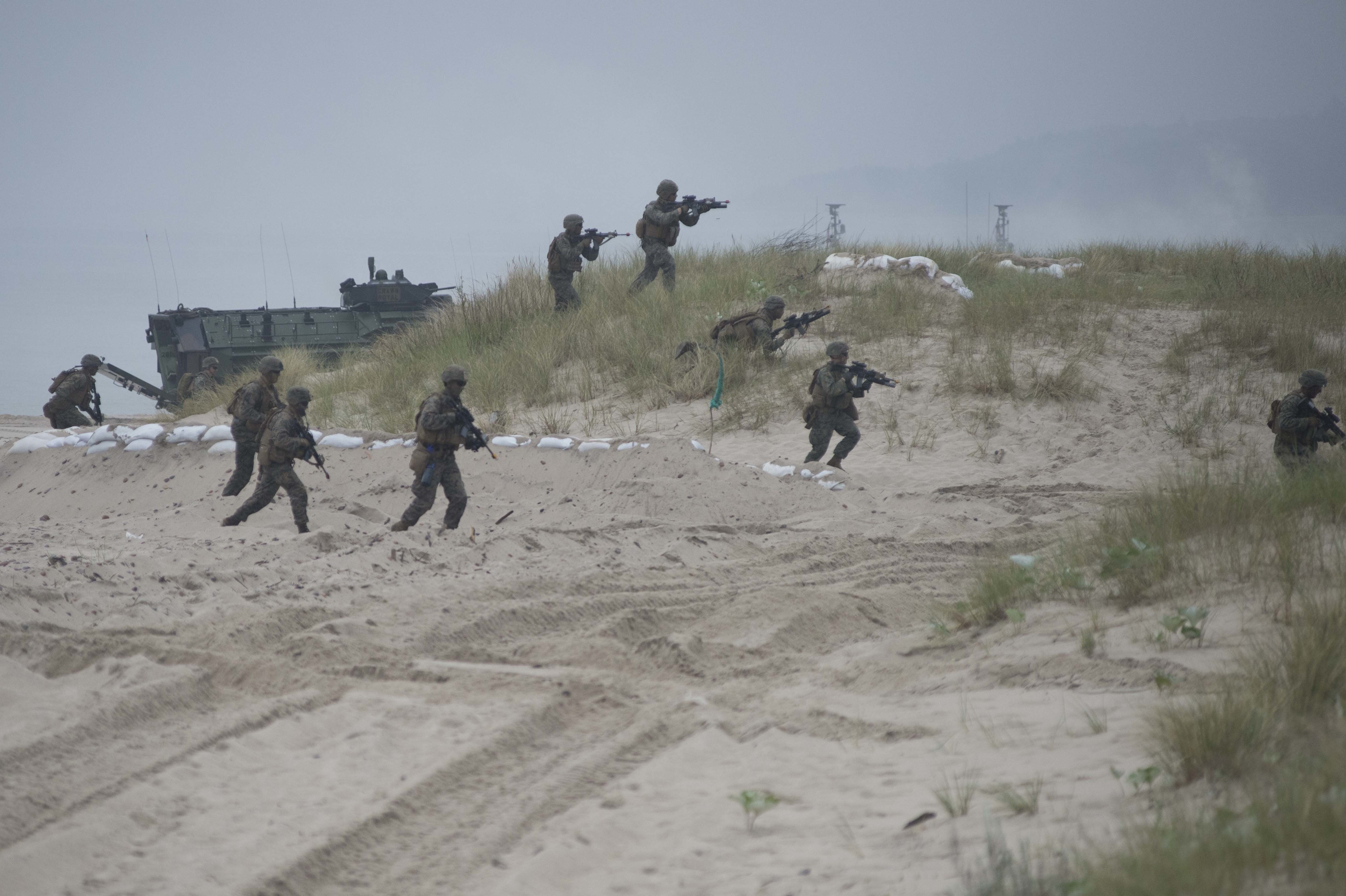 NATO members must increase the alliance’s military capabilities, position additional forces in the Baltics and Eastern Europe, establish a maritime force in the Black Sea and bolster its presence in the Arctic, all to counter Russia’s growing military strength and increasingly belligerent behavior toward its neighbors, the Atlantic Council said in a new report.

The report, “Restoring the Power and Purpose of the NATO Alliance,” also urges America’s leaders to strengthen U.S. leadership of NATO, work to restore public support for the trans-Atlantic alliance and “counter those who threaten to withdraw U.S. support for NATO.” And it calls on alliance members to maintain their commitment to securing Afghanistan and to increase military assistance and intelligence-sharing with “its Arab partners” in response to the spreading terrorist threat.

The policy paper was crafted by a team led by former veteran diplomatic Nicholas Burns, who was the U.S. ambassador to NATO, and retired Gen. James Jones, a former Marine Corps commandant and Supreme Allied Commander in Europe. The report was prepared ahead of next month’s NATO summit in Warsaw.

The report warns that the alliance “faces the greatest threat to peace and security in Europe since the end of the Cold War” due to “a revanchist Russia, eroding stability in the greater Middle East, a weakened European Union and uncertain American and European leadership.”

While citing Russian seizure of Crimea and aggression in eastern Ukraine, as well as the expanding threat of ISIS extremists, the report focuses on the need to reverse the reductions in defense spending by most NATO members and the weakened public commitment by officials on both sides of the Atlantic. Without specifically citing it, the report implies that the U.S. focus on NATO waned with the Obama administration’s “rebalance” to the Asia-Pacific region that included a shifting of military forces from Europe to the Pacific.

It calls on all the alliance members to meet the commitment to spend at least 2 percent of their gross national product on defense – currently met by only five of the 28 nations, including the U.S. – and for the allies to match the recently increased America air, sea and land presence in the Baltics and eastern Europe. It proposed creating a new alliance naval force in the Black Sea, where tensions have increased since Russia seized Ukraine and made threats against Romania and Bulgaria.

The U.S. Navy has led several recent allied exercises in the Baltic Sea and has been sending ships more frequently into the Black Sea. Russia has responded with dangerously close overflights by fighters. 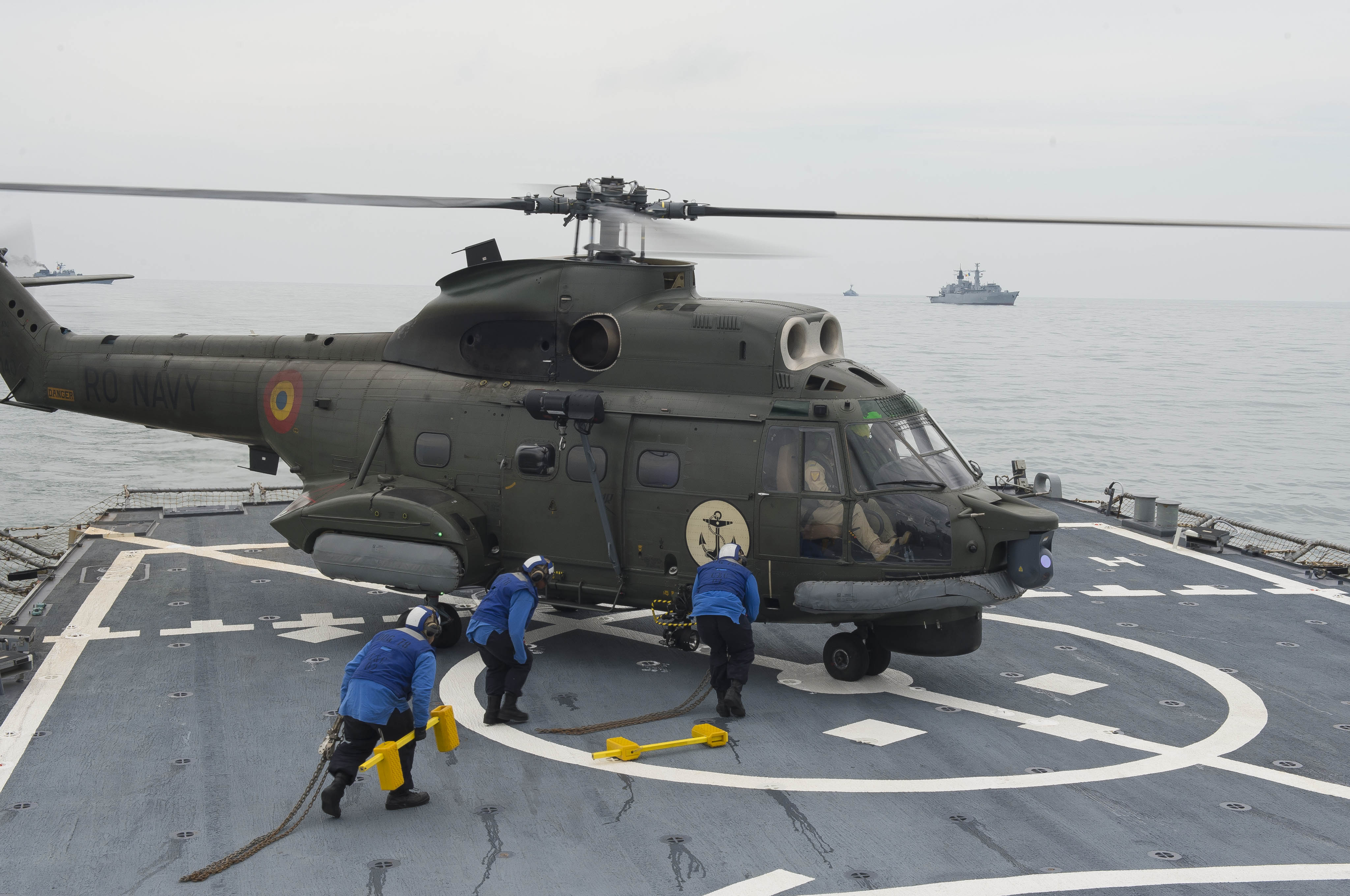 A Romanian navy IAR-330 medium helicopter lands aboard USS Porter (DDG 78) during a passing exercise in the Black Sea on June 13, 2016. Porter is forward-deployed to Rota, Spain, for routine patrols in the U.S. 6th Fleet area of operations. US Navy photo.

The report also urged NATO to recognize the renewed importance of the “GIUK Gap,” the ocean area bounded by Greenland, Iceland and the United Kingdom, that was considered a possible barrier to Soviet submarines during the Cold War and could be again due to Russia’s rebuilding of its submarine force.

Noting Russia’s strong and growing presence in the Arctic, where the shrinking ice fields present greater opportunity for commercial maritime transit and resource exploitation, the report urges the four NATO members that border the Arctic – U.S., Canada, Norway and Denmark – to cooperate better in the region and to work with Russia if possible while increasing their ability to defend their interests there. The U.S. Coast Guard has started an effort to build a modern heavy-duty icebreaker for Arctic service, which would contribute to U.S. operations in the increasingly trafficked area.

Without specifically mentioning the heated rhetoric of presumptive Republican presidential nominee Donald Trump, the report declares that NATO “is not a burden” but rather is a “force multiplier” for America’s defenses. And it concludes by urging American leaders to counter the calls for withdrawal from NATO.