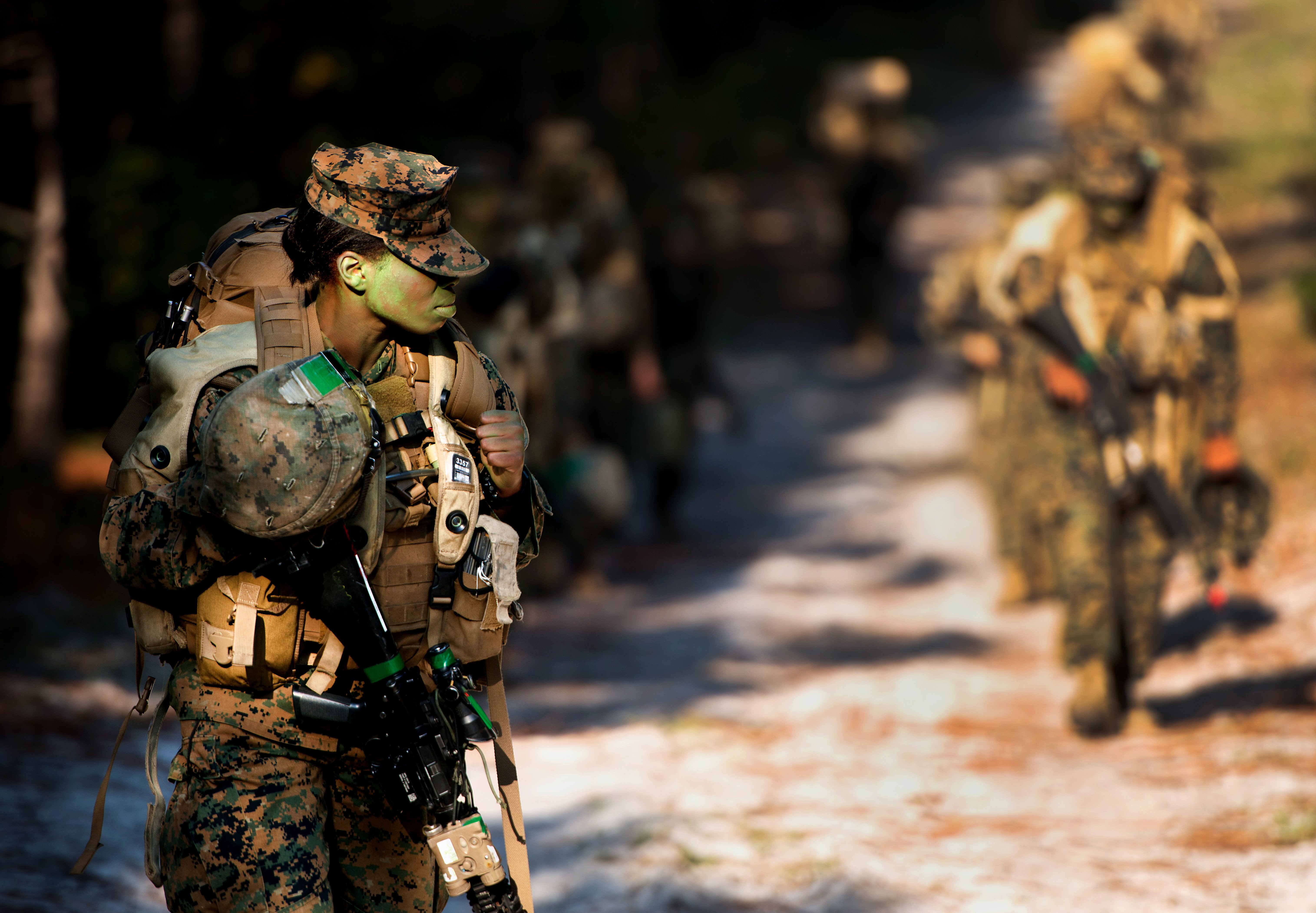 The Marine Corps has recommended that women be excluded from some combat jobs, according to a report from The Associated Press. Any exclusion is at odds with the stated position of Navy Secretary Ray Mabus – who will make a recommendation to the defense secretary on behalf of the Navy and Marine Corps – that women should be allowed to compete for any job.

Mabus and the other service secretaries must submit their recommendations to Defense Secretary Ash Carter by Oct. 1, with Carter announcing a final decision on whether any positions will remain closed to women by Jan. 1, 2016.

These decisions, though, are several years in the making.

In December 2010, two separate advisory committees offered recommendations that would open more jobs to women, according to a National Women’s Law Center timeline. The Military Leadership Diversity Commission, established by Congress, recommended that the services eliminate combat exclusion policies, which kept women out of specialties specifically tied to ground combat, as well as prevented women with more widely used specialties from being assigned to units that conduct ground combat.

That same month, the Defense Advisory Committee on Women in the Services, established by the Secretary of Defense, recommended reversing the combat exclusion policy and service assignment policies that discriminated based on gender, and open all career fields and schools to women.

In a congressionally mandated report, the Pentagon made two major changes that reflected the nature of combat in Iraq and Afghanistan. DoD eliminated a 1990s-era policy banning women from positions that were collocated with direct ground combat units – based on an outdated notion of an at-risk front line and a safer rear area. DoD also opened up battalion-level positions in units engaging in direct ground combat, whereas previously women couldn’t serve below the brigade level. This opened up 1,186 positions in the Army, Navy and Marine Corps, according to NWLC.

Then-Chairman of the Joint Chiefs of Staff Gen. Martin Dempsey wrote a memo to then-Defense Secretary Leon Panetta on Jan. 9, 2013, that began, “The time has come to rescind the direct combat exclusion rule for women and to eliminate all unnecessary gender-based barriers to service. The Joint Chiefs of Staff unanimously join me in proposing that we move forward with the full intent to integrate women into occupational fields to the maximum extent possible.”

Dempsey noted in his memo that the department had already made significant progress in creating opportunities for women but that, to integrate women successfully into the remaining occupational fields, the military needed to do so in a way that preserved unit readiness and cohesion as well as set up male and female servicemembers for success.

The memo notes the need for “validating occupational performance standards, both physical and mental, for all military occupational specialties (MOSs), specifically those that remain closed to women. Eligibility for training and development within designated occupational fields should consist of qualitative and quantifiable standards reflecting the knowledge, skills, and abilities necessary for each occupation.”

Four months later, the service secretaries each submitted an implementation plan for integrating women into combat roles. The Navy reported at the time that 88 percent of its billets were open to women. At the time, female enlisted sailors could not serve on frigates, coastal patrol ships and mine countermeasures ships due to the prohibitive costs of creating berthing areas. Enlisted females were also kept out of Coastal Riverine Force small craft below the brigade level, and all females were barred from serving aboard submarines and in SEAL units – though a plan was already in place to integrate female officers into submarine crews, following a 2010 decision.

Female enlisted Marines were also not allowed to serve in the ground combat element below the battalion level. About 54,000 active component and 16,000 reserve component billets were closed to women, according to the Marine Corps implementation plan. The service set out a two-pillar plan to open both occupational specialties and specific types of units that were closed to women. The plan notes, though, that “if at any time the integration of women into either units or MOSs conflicts with the guiding principles set forth by the SECDEF and the CJCS, an exception to the policy will be requested to keep the positions closed.”

The Navy decided it would open its nuclear ballistic missile submarines and its Virginia-class attack subs to female enlisted sailors in the summer of 2014 and publicly released its integration plan in January 2015.

The Navy eventually selected the first 38 enlisted female sailors to serve aboard a the guided-missile submarine USS Michigan (SSGN-727) in June, and these women began training at the Basic Enlisted Submarine School in Connecticut last month.

The Marine Corps finalized a nine-month research effort by the Ground Combat Element Integrated Task Force. In a summary of the report on gender integration in ground combat roles, obtained and published by The Washington Post, the Marine Corps found that all-male units performed better on 69 percent of their tasks compared to gender-integrated units. Gender-integrated units performed better than all-male units on only two of 134 tasks. The study also found higher fatigue and rate of injury in female Marines. The Associated Press reported on Sept. 19 that the Marine Corps would request some exemptions, likely making it the only service to do so and pitting it against its Navy secretary.

Mabus said in a Sept. 11 interview with National Public Radio that he didn’t believe the Marines’ nine-month study proved that all women should be banned from more strenuous roles.

“Part of the study said women tend to not be able to carry as heavy a load for as long. But there were women that went through the study that could. And part of the study said we’re afraid because women get injured more frequently, that over time, women will break down more, that you’ll begin to lose your combat effectiveness over time. That was not shown in this study. That was an extrapolation based on injury rates. I’m not sure that’s right. But it is something that you can set a standard for. But to make that sort of generalization – there were individual women who could meet this standard.”

Mabus said that, rather than exclude women, non-gender-based standards should be set up for various parts of the Marine Corps, and any Marine who can meet them should be allowed to fill that role.