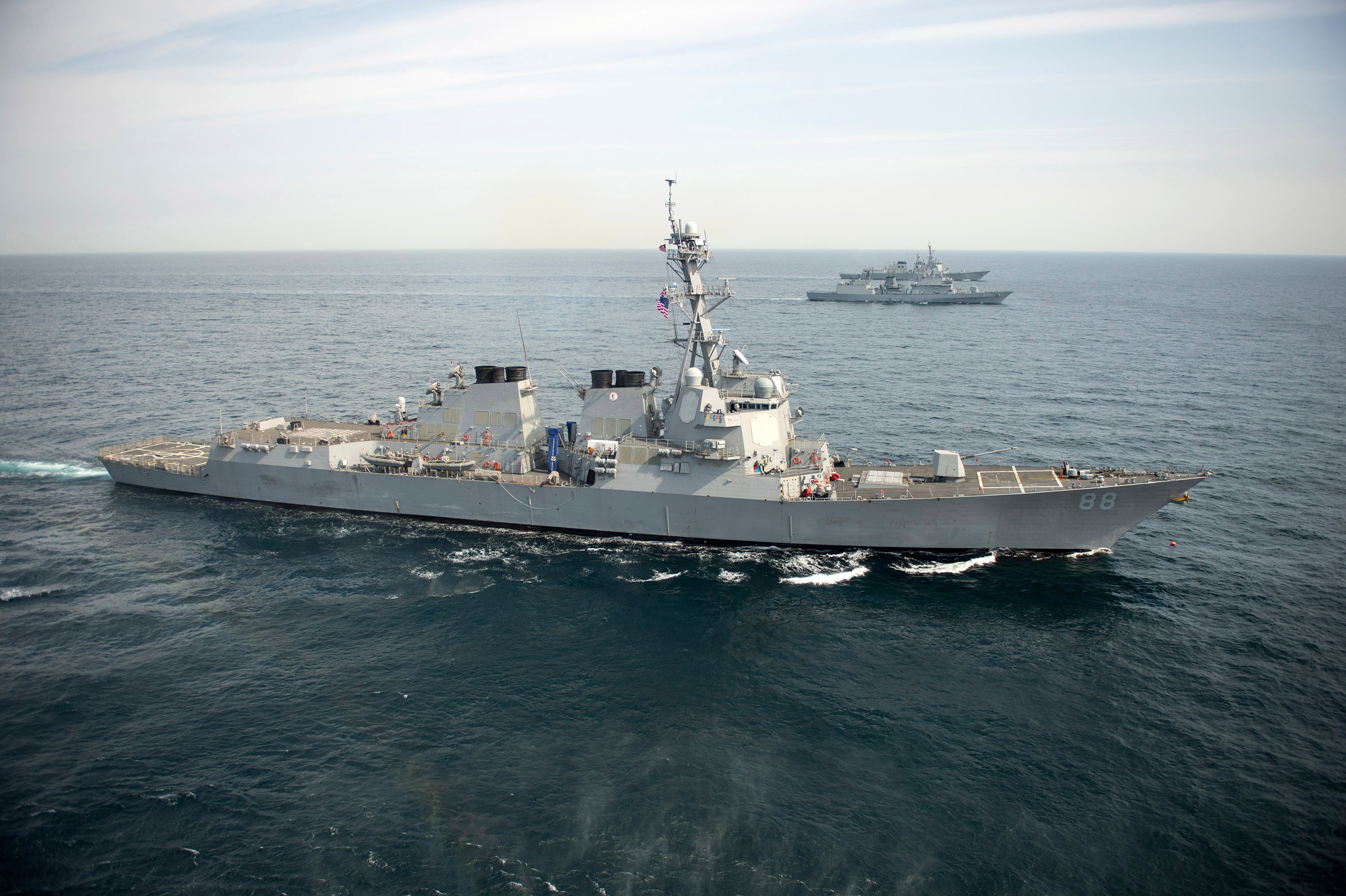 The funds would upgrade three planned mid-life modernizations from a basic hull, mechanical and electrical (HM&E) systems repairs to include a complete refresh of the Aegis combat system from current 1980s era computing technology.

The combat systems upgrades would strip out the older computing architecture from the ships, replace the systems with modern modular servers and add an signal processor to allow the ships to both fight off traditional air threats — like enemy fighters — and perform ballistic missile defense at the same time.

The Baseline 9 upgrade also allows the destroyers to tie into the Navy’s Naval Integrated Fire Control-Counter Air (NIFC-CA (pronounced: nifk-kah) concept that would create a data linked network that uses allows ships to use targeting information from other ships or aircraft to fire missiles well beyond the range of their existing SPY-1D radars.

The Navy had quietly scaled back its modernization efforts as part of its fiscal year 2016 budget submission that resulted in the planned cancelation of five combat systems upgrades to DDGs over the next five years, USNI News reported in March.

If approved, the upgrades would most likely occur in FY 2018.

In its unfunded priorities list, the service had asked for funds to buy back one of the combat system modernizations.

The committee also added funding for a variety of items, particularly munitions, to protect the industrial base, according to the bill.

“The committee notes this request contradicts budget justification material used as part of the President’s request for fiscal year 2015. The committee also notes that the Chief of Naval Operations has indicated potential shortfalls exist for the JSOW C-1 munitions,” according to the bill.
“The committee understands that a technical Nunn-McCurdy breach has been triggered by the reduction in quantities proposed in the request, and encourages the Secretary of Defense to expeditiously complete required certifications to continue the remaining program.”

The committee chose to add $250 million to the Navy’s procurement account and $29 million to the research and development budget to help accelerate the LX(R) amphibious dock landing ship replacement program. The Navy plans for the program to go into construction in 2020, but HASC hopes that by beginning advance procurement and design work now, the Navy could bump that schedule up two years.

After years of depleted budgets for maintenance and upgrades for naval aircraft, HASC added several line items in to help rebuild readiness. There is $25 million for a UH-1Y/AH-1Z readiness improvement effort, as well as $90 million spread out across the Navy’s operation forces account in the operations and maintenance budget for fleet engineering support, contract maintenance and depot maintenance.

HASC will mark up its bill on Wednesday before sending it to the full House for a vote. These additions would only be enacted if the Senate Armed Services Committee agreed to them and the House and Senate appropriations committees funded them.