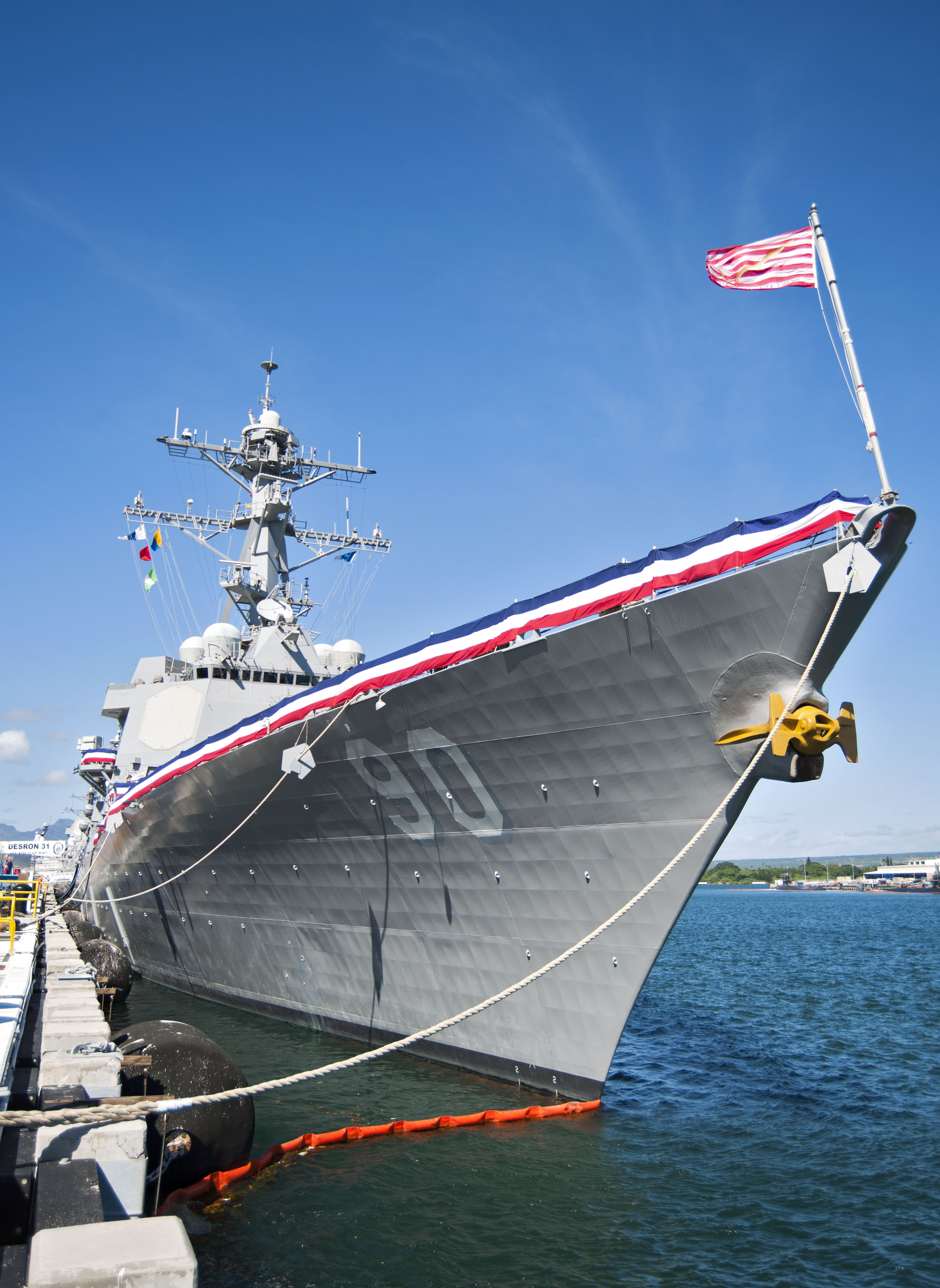 Five Arleigh Burke-class guided missile destroyers (DDG-51) will forgo a combat system upgrade that would allow the ships to fight ballistic missile threats as part of a reduction in modernization funding included in the Navy’s Fiscal Year (FY) 2016 budget that will save the service $500 million over the next five years, USNI News has learned.

Instead, the ships will undergo a much more modest upgrade that will focus on hull, mechanical and electrical (HM&E) systems repairs, leaving the ships — all commissioned between 2001 to 2004 — without any ballistic missile defense (BMD) capability.

Additionally — without the Baseline 9 upgrade — the ships will not be wired into the Navy’s emerging Naval Integrated Fire Control-Counter Air (NIFC-CA (pronounced: nifk-kah)) that would allow destroyers to download targeting information from assets outside of the range of their SPY-1D radars to attack air and BMD threats with the Raytheon Standard Missile 6 (SM-6).

The budget line item in FY 2016 budget reduces modernization funding by $63.1 million — about what it would cost to upgrade a ship to Baseline 9 — which precluded the Baseline 9 upgrade for Howard. 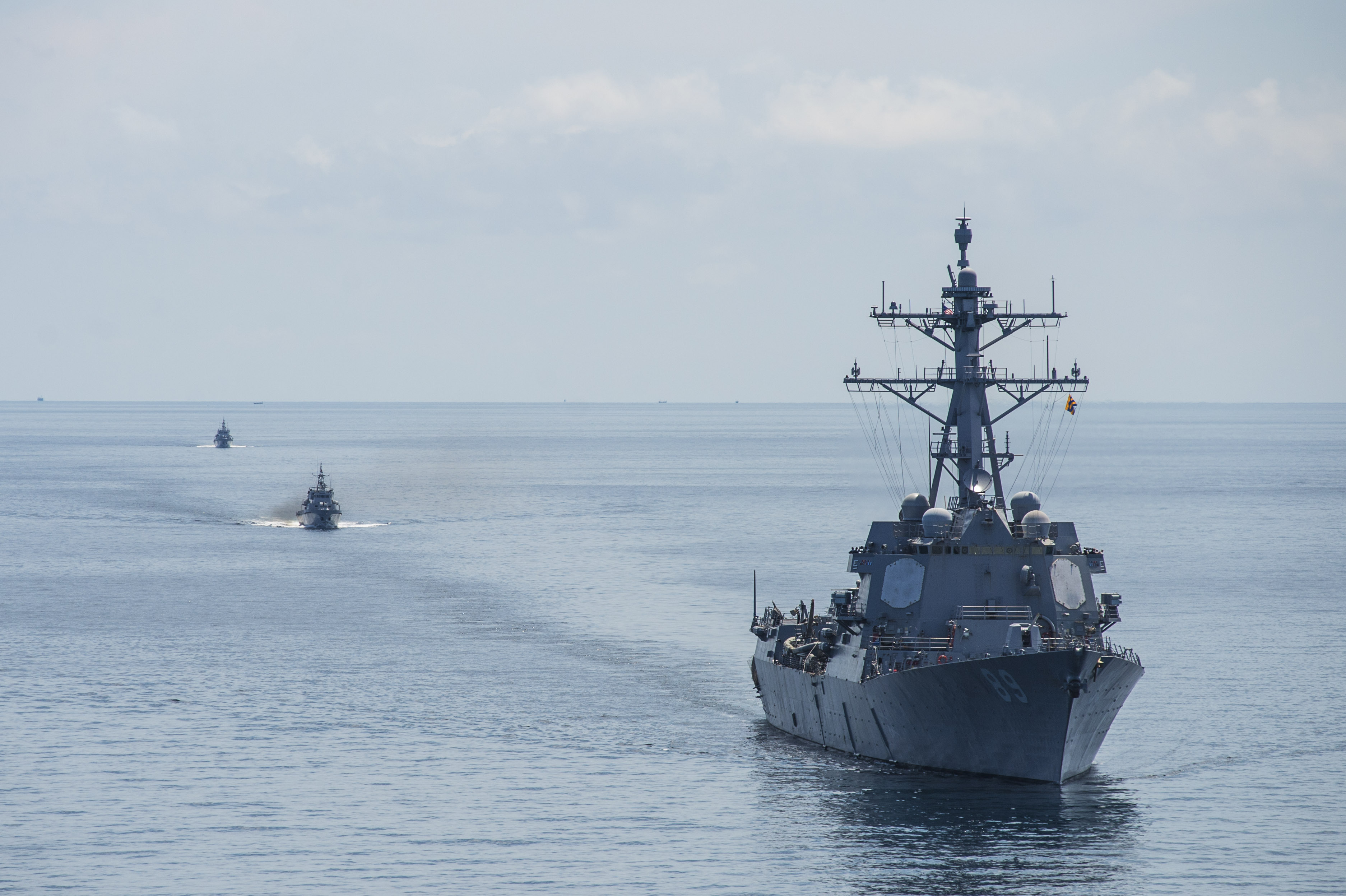 USS Mustin (DDG-89) in 2014. Mustin is one of five Arleigh Burke destroyers that won’t receive a ballistic missile defense (BMD) upgrade due to a reduction of funding as part of the Navy’s FY 2016 budget request. US Navy Photo

Equivalent cuts to the Burke modernization line in the Navy’s Future Years Defense Plan (FYDP) — about $500 million over five years, USNI News understands — created a knock-on effect for the McCampbell, Mustin, Chafee and Bainbridge modernizations preventing the service from buying long-lead materials for the ships and allowing even a basic BMD capability, USNI News has learned.

When asked about the reductions following a House appropriations hearing on Thursday, Chief of Naval Operations (CNO) Adm. Jonathan Greenert told USNI News the cuts were a result of hard fiscal choices and reflected the service’s priorities.

“When I bring the budget to the Secretary [of the Navy] and say ‘Here are the mandates. You saw the priorities’ and then you get to modernization and asymmetric capability and say ‘Here’s where we stand versus the other important matters that we need, I recommend that we’re going to have to defer these modernizations’ and that’s when the ballistic missile defense modernization came out,” he said.

Currently, the Navy’s number one priority is the $100 billion design and construction effort for a new nuclear ballistic missile submarine to replace the aging Ohio-class boomers (SSB).

Rep. Randy Forbes (R-Va.) — chairman of the House Armed Services Seapower and Projection Forces subcommittee — said the reduction in the modernization was shortsighted.

“This is just another example of a critical upgrade being deferred by budget cuts. This decision was not strategy-driven, it was budget-driven. Demand for ballistic missile defense capacity and for ships that can be integrated into Navy anti-aircraft battle networks is higher than ever,” Forbes told USNI News on Tuesday following an earlier version of this post.
“These kind of decisions ought to be based on what we need for national security, not what we want to spend.”

Begun in 2007, the Baseline 9 upgrade was designed as a transformational upgrade that would not only replace aging the 1980s AN/UYK-43 32-bit military standard (MILSPEC) computers with much more easily upgradeable and powerful modern commercial computers but also give ships more flexibility in the targets they could handle.

9A:Upgrade for Ticonderoga-class cruisers that does not include BMD capabilities.

9C: Upgrades Arleigh Burke guided missile destroyers with the Lockheed Martin Multi-Mission Signal Processor that will allow the destroyers to switch between BMD and the air defense role.

9D: Is a variant of the 9C program for new construction ships, starting with the planned John Finn (DDG-113).

9E: Is the Baseline 9 variant for the Navy’s Aegis Ashore program.

Initially, the service had planned to upgrade all of its Burkes to Baseline 9 but decided last year to limit the upgrades to earlier Flight I and II DDGs citing the time and the cost of the upgrades.

Instead, the service decided to include HME upgrades and an install a BMD upgrade on the legacy MILSPEC computers on 21 of the 28 Flight I/IIs, Navy officials told USNI News last year.

The five Flight IIAs in the scheme will not see even the limited BMD capability installed in the older ships, according to a draft of the Navy’s FY 2016 fielding profile obtained by USNI News.

Officials at Lockheed Martin — the prime contractor for the Aegis modernization — told USNI News in February the company was working with the service on ways lower costs ways to increase the BMD capabilities of the Flight I/II upgrades.