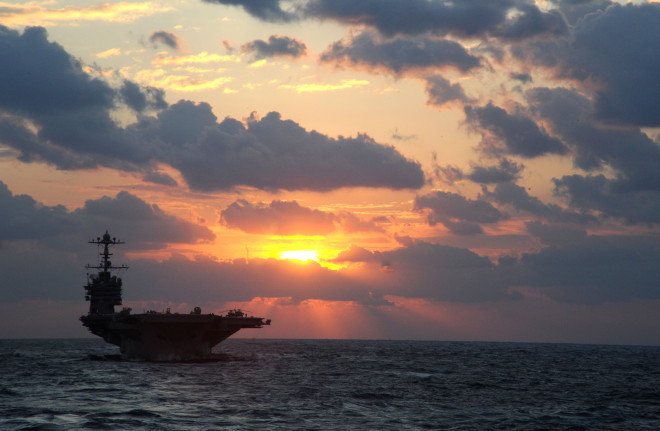 USS George Washington (CVN-73) on Dec. 2, 2013. A proposed reduction in the US carrier fleet was stalled this week after the White House told the Pentagon to look for cuts elsewhere. US Navy Photo

The White House is pushing back against a Pentagon plan to cut a carrier as part of its Fiscal Year 2015 budget, several sources confirmed to USNI News. END_OF_DOCUMENT_TOKEN_TO_BE_REPLACED