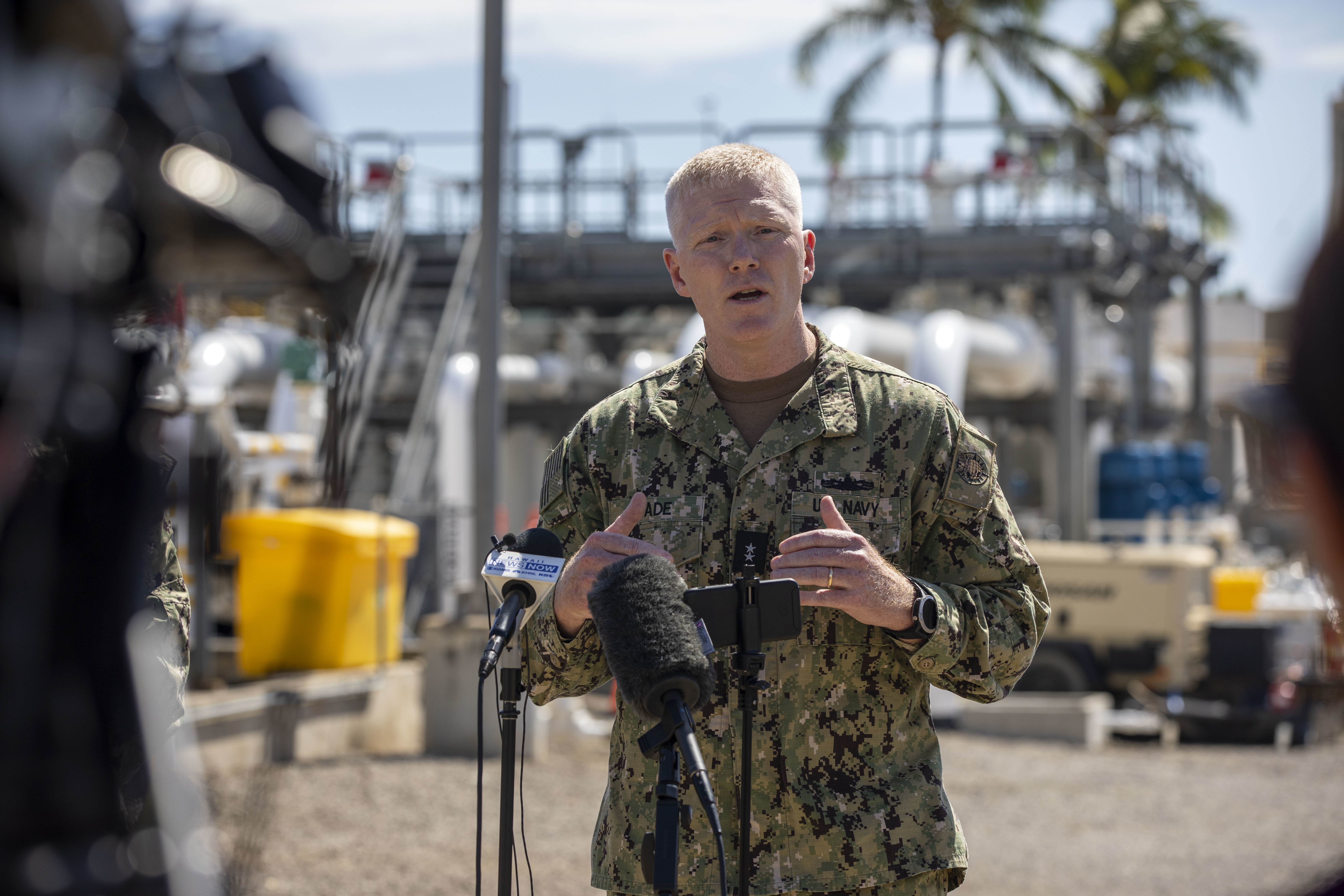 Wade is currently serving as the commander of Joint Task Force – Red Hill and will remain in the position if his nomination is approved by the Senate.

Secretary of Defense Lloyd Austin appointed Wade as the head of the task force on Sept. 19, USNI News previously reported. Joint Task Force – Red Hill is overseeing the defueling of the Red Hill Bulk Fuel Storage Facility, which the Navy decided to close after a fuel leak contaminated drinking water.

The task force recently unpacked three fuel pipelines that contained approximately 1.16 million gallons of maritime and aviation fuel. The effort started by removing the fuel through gravity and then using pumps to get the remainder, USNI News reported. The pipe defueling process finished on Nov. 4 after starting on Oct. 25.

The Joint Task Force is now working to contract defueling and repair operations to start defueling the storage tanks. The entire defueling process is slated to finish in June 2024. The closure, which the Navy is handling, will take another three years, according to the service’s plan.

The Hawaii Department of Health has not publicly commented on the Navy’s latest closure plan.