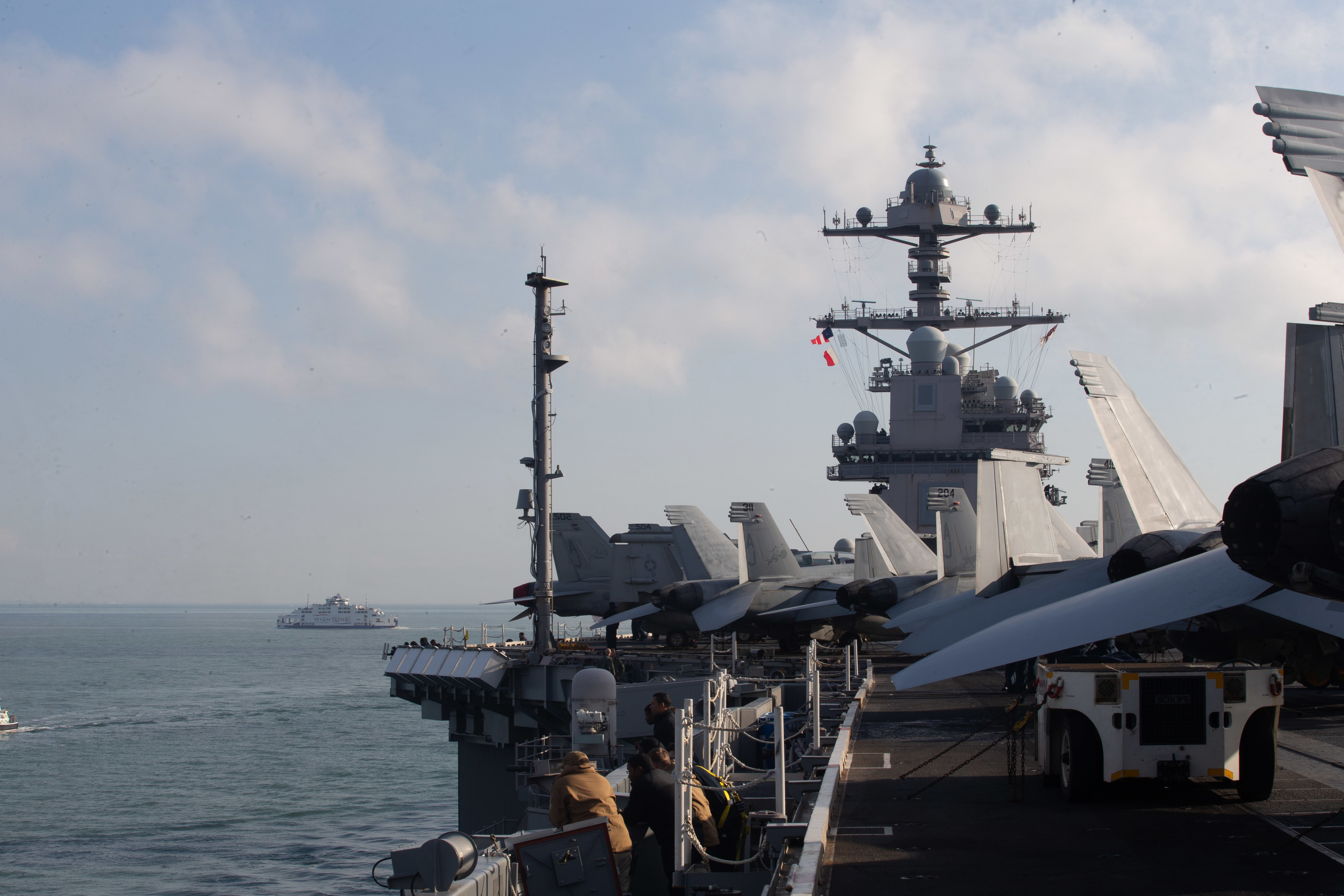 Aircraft carrier USS Gerald R. Ford (CVN-78) is at anchor off of Portsmouth, United Kingdom, the U.S. Navy announced today.
Sailors from Ford and USS Thomas Hudner (DDG-116), one of the carrier’s escorts, got to Portsmouth on Monday, according to the Navy news release.

“During the visit, sailors will have a chance to experience the rich culture of Portsmouth through morale welfare and recreation tours to popular cultural and historical landmarks around the city. This port visit marks the first stop for the ships while deployed in the U.S. Naval Forces Europe (NAVEUR) area of operations,” the release reads.

Over the weekend, Portsmouth, U.K.’s The News reported that because of the carrier’s size, it would anchor in Stokes Bay, off the coast of the town of Gosport, as opposed to pulling up to the pier in Portsmouth.

“The crew of USS Gerald R. Ford is honored and excited to visit Portsmouth, heart of the Royal Navy, during Ford’s first deployment,” Ford commanding officer Capt. Paul Lanzilotta said in the news release. “The United Kingdom is a cherished ally. We are here to work together, strengthen our partnership, and give our Sailors the opportunity to explore this beautiful city.” 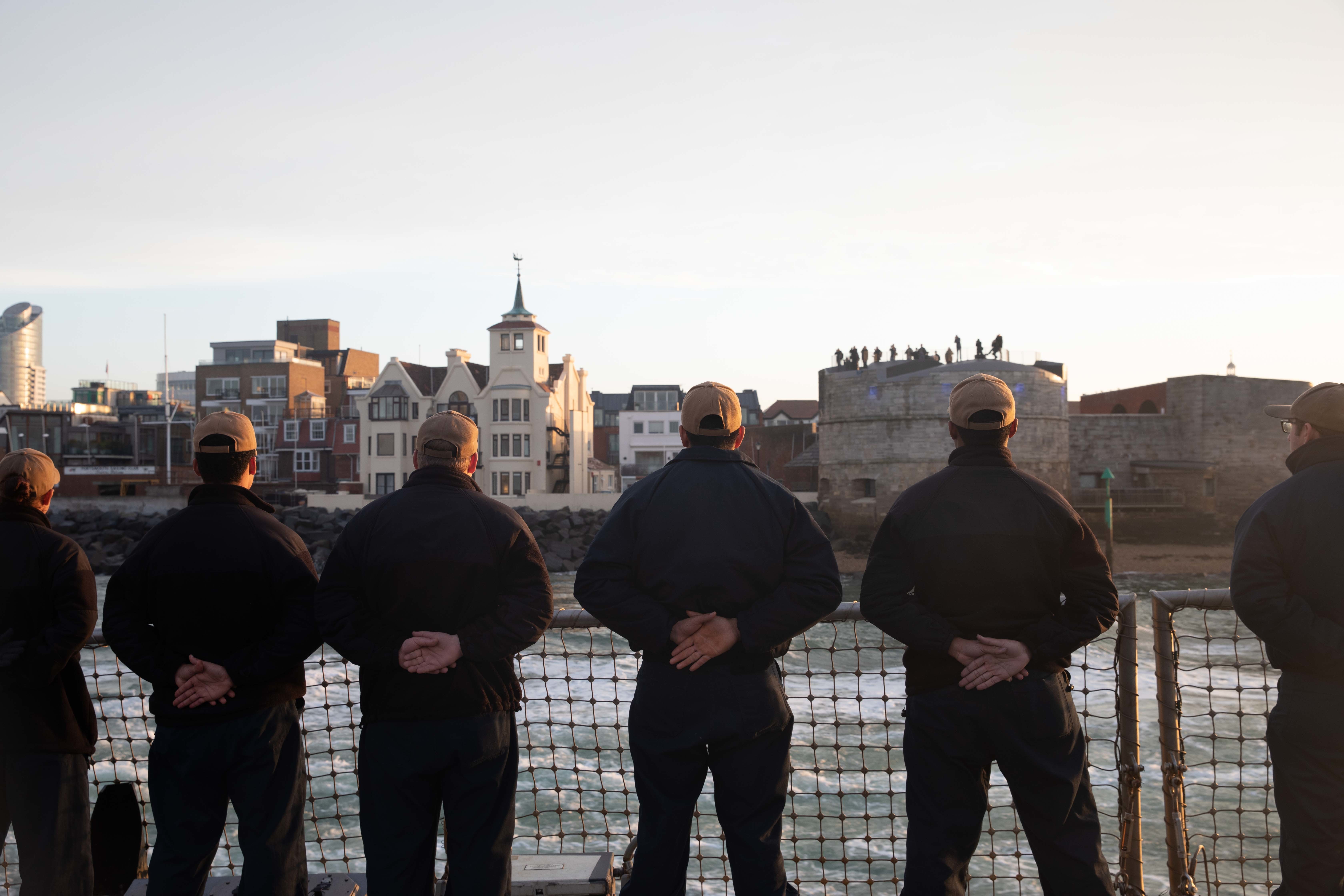 Portsmouth is home to HMNB Portsmouth, one of the U.K. Royal Navy’s primary bases and home to its carriers HMS Queen Elizabeth (R08) and HMS Prince of Wales (R09).

The carrier left Naval Staton Norfolk, Va., on Oct. 4 for a two-month operational stress test of the ship’s new systems and technologies ahead of a full-length deployment next year, USNI News previously reported.