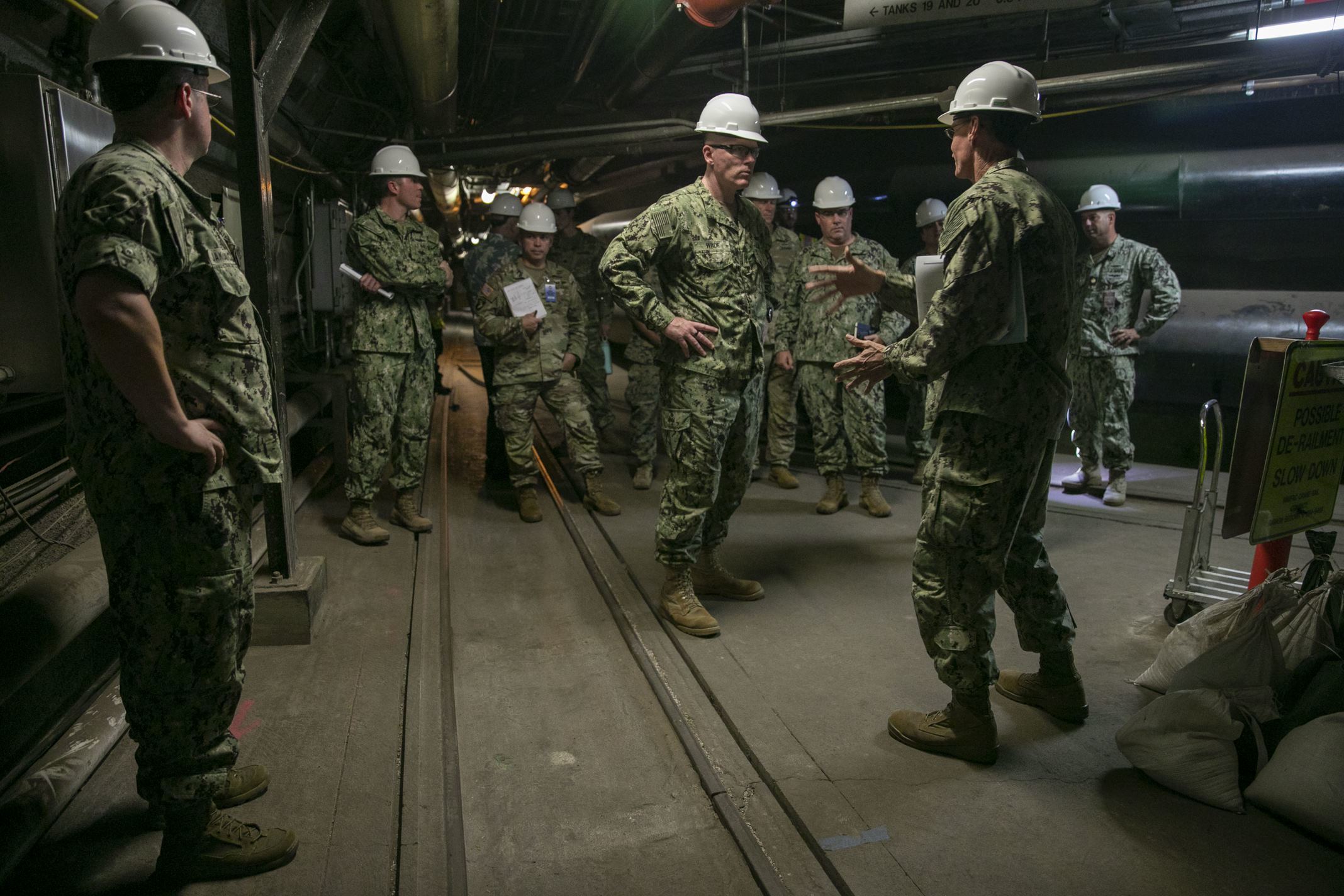 Draining the pipelines, which have approximately 1.16 million gallons of fuel split between them, is the first step in completely defueling Red Hill, USNI News previously reported. The fuel taken from the pipelines will be stored in tanks or barges at Joint Base Pearl Harbor-Hickham or Hotel Pier, where it will be used to fuel jets and ships, Rear Adm. John Wade said during a press call Monday evening.

Unpacking operations were planned to begin on Oct. 17 until a water main break delayed them, USNI News previously reported. The water main break caused fluctuations in water pressure, which could affect the Joint Task Force’s ability to use water in the lower portion of the facility to put out a fire if one were to happen, Wade said.

“When there were fluctuations in the pressure, that added risk, we took a knee, slowed things down,” Wade said. “We put in portable equipment. We stopped all operations to reduce risk. We waited for the repairs to be completed. Made sure the pressures were safe.”

The majority of the unpacking will use gravity to flow the fuel through the pipes and down to a storage tank or barge, USNI News previously reported. Any remaining fuel will be pulled out of the pipes and transferred to the storage tanks.

Draining the pipelines is just one phase of the overall plan to defuel Red Hill. The most recent Navy plan has the complete defueling finished by July 2024, but Wade said that the Joint Task Force is working with the Hawaii Department of Health to reduce the timeline further. The Department of Defense did submit a supplement to the defueling plan that could shorten the timeline to 30 to 120 days, USNI News reported.

“The defueling of the Red Hill facility is the right thing to do for our community, for the people of Hawaii, for our environment, for national security,” Wade said.