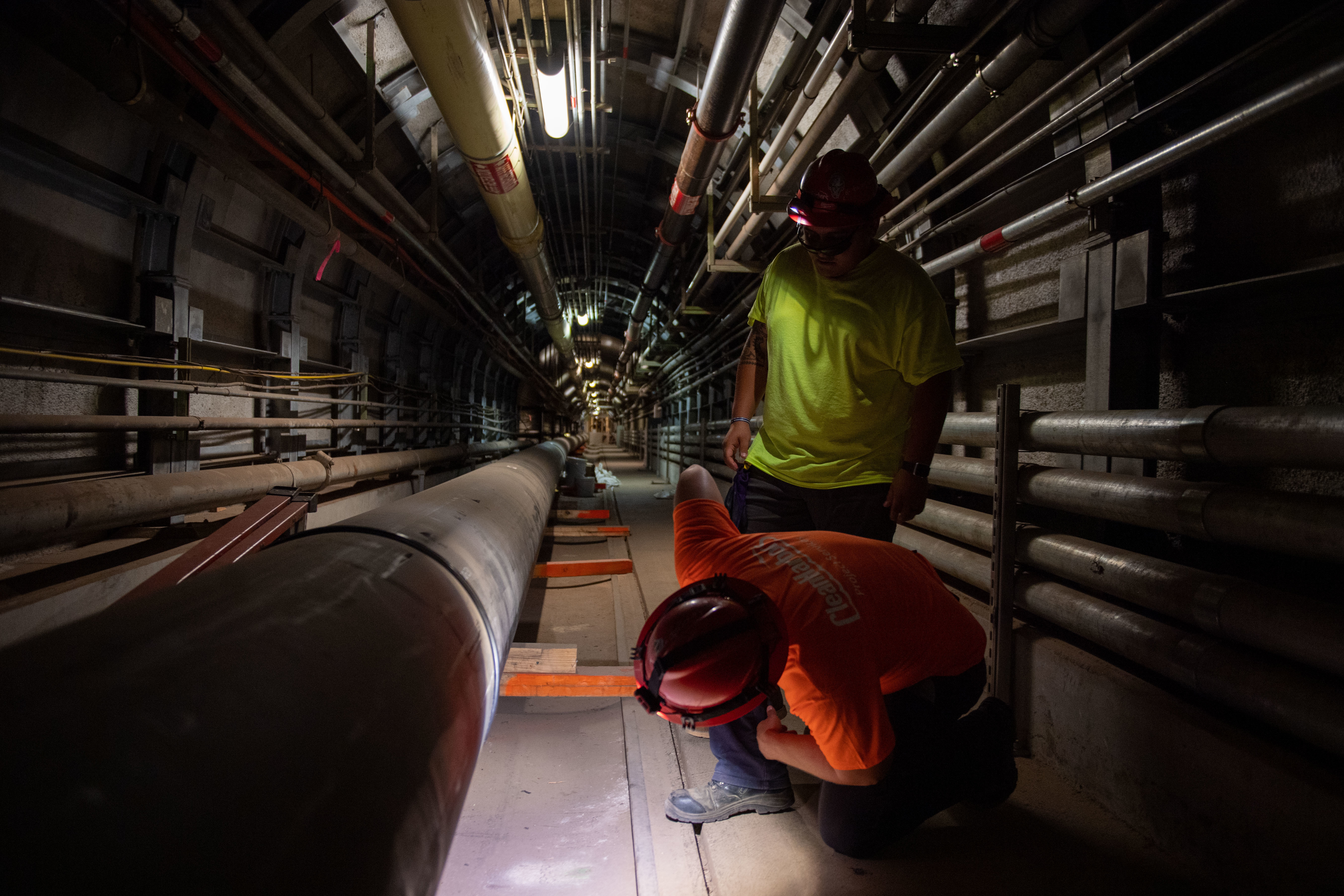 The Department of Defense projects the Red Hill Bulk Fuel Storage Facility will be defueled six months earlier than previously announced, according to an update to the June 30 plan submitted Wednesday.

The health department has not said whether the supplement to the June 30 plan addressed its concerns.

“We are focused on ensuring that defueling takes place as quickly and safely as possible,” said Deputy Director of Environmental Health Kathleen Ho in a statement. “There is a continued threat to our aquifer and residents every day that fuel remains in the Red Hill tanks. As we review this submission, it is our full expectation that it will have the requisite amount of detail to ensure defueling work can begin.”

The updated plan now moves the date for defueling to be finished to July 2024, according to supplement to the June 30 plan.

The supplement adds details for the defueling process, including how the DoD plans to drain pipes of fuel currently in them, which is slated to begin in October. There is approximately 1,080,000 million gallons of fuel left in the pipes, according to the supplement.

It’ll take between two to three hours for each pipe to drain, with three to five days to remove the fuel by vacuum truck, according to the plan.

The DoD will conduct the pipe defueling in four phases. It’ll first do pre-operation planning, followed by valve maintenance and pressure equalization. The gravity-down draining and removal are the third and fourth phases.

“The unpacking training plan includes spill response drills to prepare for various scenarios, including a “worst case” spill scenario,” according to the plan supplement. “To address these various spill scenarios, DoD is taking several measures to plan for a robust and effective response to any release and to ensure that fuel cannot reach the Red Hill well.”

In the June 30 plan, the Defense Department identified 43 recommendations. In terms of maintenance, it has finished five, while 30 other infrastructure ones are in progress. According to the plan, these recommendations are one area that the DoD found room to cut time. For example, it can drain one of the pipes without repairing it.

“This plan represents considerable work by our DoD and Navy team along with the regulators, and we remain completely focused on the safe and expeditious defueling of the facility,” said Rear Adm. Steve Barnett, commander of Navy Region Hawaii, in a Navy press release. “As we move forward, we will continually refine and improve this plan, and keep stakeholders and the community informed throughout the process. Every action we take must protect the environment and the community.”

The DoD expects to release another supplement this month, which will include analysis from studies, including an assessment of Red Hill’s pipelines and fire suppression system. The second supplement will also include information from two Environmental Protect Agency reports about the inspections done at Red Hill.

“DoD continues to be focused on the safe and expeditious defueling of Red Hill and on the protection of the population of Hawaii, the environment, and the security of the nation,” according to the report.