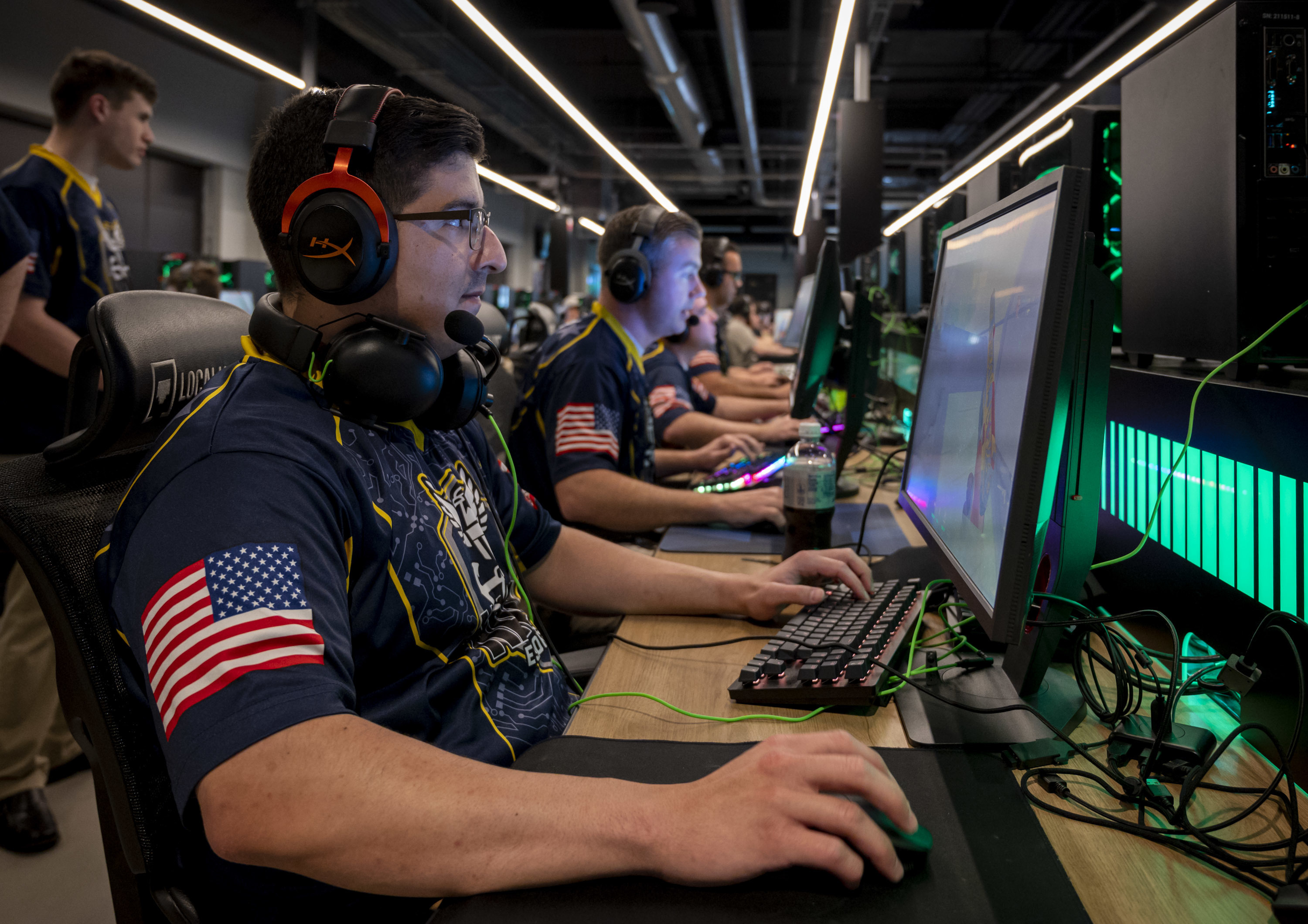 The Navy’s esports team, Goats and Glory, part of the service’s recruiting command, is currently looking for new sailors. The service uses it as one way to connect with potential recruits in high school and college, according to a Tuesday NAVADMIN.

“The Navy Esports Team significantly contributes to the multi-faceted outreach campaign of CNRC by engaging with prospective Sailors online and at gaming venues,” according to the NAVADMIN.

For those who are given the three-year billet, a typical day includes practicing playing, live-streaming and setting up tournaments, said Lt. Aaron Jones, director of the Navy ESports Division said during a Twitch livestream Wednesday.

“[A] big part of the esports team is [being the] face of the Navy,” Jones said. “There’s a large amount of risk inherent in that that goes in. There’s a lot of training that goes on.”

As part of outreach, the Goats and Glory team travels the country, putting on tournaments for high schools and colleges, Jones said. There are also scrimmages and the team will compete against other military esports teams.

The position is considered a special duty assignment, he said. It does require a permanent change of station to Memphis, where the esports team has its own facility.

“So a lot of it is either playing video games, practicing video games, or preparing events in which we get to play or practice video games,” Jones said during the stream. “It’s not a bad life. And it’s all outreach.”

The Navy turned to esports in 2020, setting up the first team that year, as it dropped television ads, USNI News previously reported. The service found that they were more successful at reaching the target audience through digital means, like YouTube ads or esports advertisements.

Esports attracted younger people, with 61 percent of viewers under 25, according to a 2018 Syracuse University study used by the Navy Recruiting Command to focus on esports. That same study estimated that esports would become the largest sports league behind the NFL by 2021 with 84 million viewers.

“Centennials are moving into digital spaces for most of their content consumption and social interactions, and the Esports domain is one of the most popular and vibrant online arenas to date,” according to the NAVADMIN. “Connecting and attracting the best talent requires the Navy to be in the same spaces where those future Sailors reside.”

The Navy has had some success with setting up tournaments, Jones said on the Twitch stream, during which another member of the team played Valorant. The team recently hosted a League of Legends tournament in Denver, which went from 11 a.m. to almost 2 a.m. with nonstop play, he said.

However, the esports team has not managed to capture many views. Its Twitch channel – under the name America’s Navy – has 5,500 followers with the particular video about joining the team capturing 225 views. It did play Navy advertisements during the stream. The Navy drew heat from the gaming community in 2020 after it was accused of stifling free speech over blocking users, reported Military.com.

In comparison, some of the most popular streamers have millions of followers and hundreds of thousands of views per video. One of the top female streamers, Pokimane, has 9.2 million followers with 502,000 views on her most recent stream.

They choose games where there are competitions in high school and colleges, Jones said.

However, for the tryouts to join the team, applicants will need to focus on Halo: Infinite, League of Legends, Valorant, Call of Duty: Warzone and Rocket League, Jones said.

As part of the application, sailors will need to provide their rank for each of the games. From the application, the esports team will take 100 people and have them participate in a five-game, three-day tournament. Thirty players will move on to an interview round.

The esports team will then rank and stack the 30 players and work with detailers to take sailors. Sailors must be an E-4 with a waiver or an E-5 and up, Jones said.

The current team is eight players, according to its website, led by Jones, who goes by gamer tag Thalassic. Each player also lists their Navy position on the website. For example, Jones is a Navy flight officer.

The application period is Sept. 1 through Oct. 1.