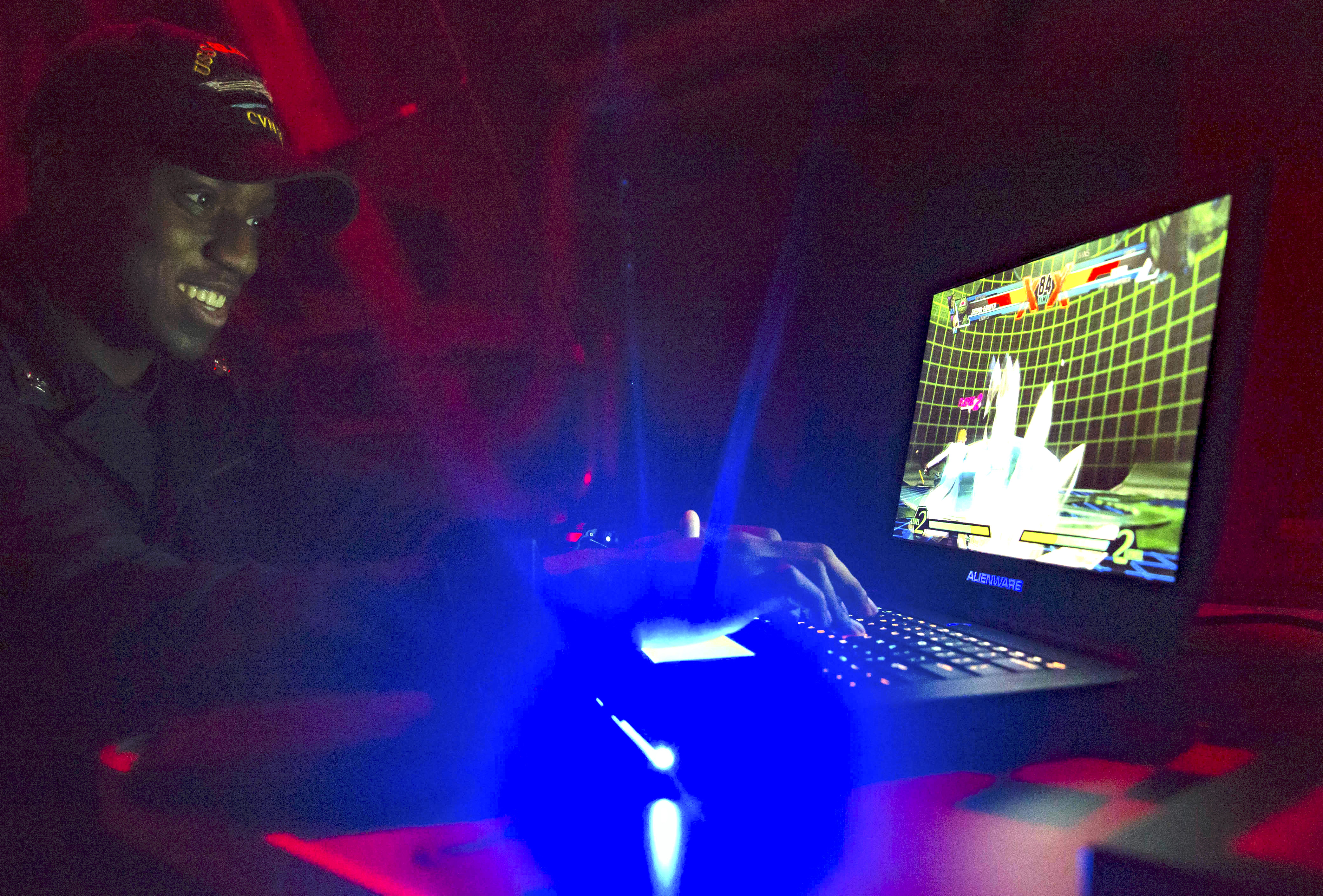 The Navy is punting on television advertising and won’t roll out a new ad campaign in time for the Super Bowl. Instead, the service will spend virtually all its advertising money in the digital realm.

In 2020, Navy officials told USNI News, the service plans to spend nearly $33 million – 97 percent of its advertising budget – on online advertising. A little more than $1 million will be spent on billboards ads and spots on local radio stations. That leaves the Navy’s planned television buy at zero dollars.

Two years ago, the Navy spent $20.2 million on television advertising, about 45 percent of the service’s $45-million advertising budget, according to the Navy. That’s when the Navy launched its “Forged by the Sea” campaign during the 2017 Army/Navy football game.

The Navy is shifting to online-mostly advertising for a simple reason: research says the service’s target audience of people between 17 and 28 years old is already there, Vice Chief of Naval Operations Adm. Robert Burke said during a recent appearance at the Military Reporters and Editors annual conference.

“One thing we did learn, is paying for a lot of TV ads in the middle of Super Bowl games,” Burke said. “[The] target audience is not watching that.”

Since 2018, the Navy slimmed down its television advertising with no negative effect on recruiting, Burke said. The digital techniques already employed by the Navy allowed the service to reduce its recruiting expenditures but still meet its goals. In 2020, the Navy wants to add about 5,100 people to field a force of 340,500 active-duty personnel.

In February, the Navy will roll out its new focus on advertising around esports, where contestants compete against each other in various games online for money. The Navy will become a prominent sponsor of esports events and will also start fielding an all-Navy esports team pulled from the service’s current pool of active duty recruiters.

The move follows an ongoing Navy effort on YouTube showing scenarios where Navy personnel compete against social media influencers, such as William Osman, a mechanical and electrical engineer with more than 1.4 million subscribers, in various skill tests. The idea is depicting what life is like in the Navy.

By 2021, the esports viewership is expected to be 84 million people, surpassing all other professional sports leagues except the estimated 141 million NFL viewers, according to a 2018 Syracuse University study the Navy Recruiting Command used to help form their online strategy. More significantly for the Navy, the same report estimates 61 percent of esports viewers are under the age of 25.

“We had a lot more money running in TV three years ago. And now we’re focused on digital, and it’s just because a much younger cohort of people are consuming media online. And when we look at the sports, we see esports is very young,” Sandra Muoio, a senior partner and group director for media at WM Global, told USNI News on Wednesday.

Muoio and her colleague Donna Raidt, a senior partner and group planning director at WM Global, are part of the team of firms called the Navy Partnership that handles Navy marketing and advertising. They’re working with Navy recruiting command officials to plan the service’s foray into the esports world.

Their focus is a generation of people in the teens and early 20s – dubbed Generation Z by demographers and marketers – that has never known life without the internet, states a recent AdAge report, The Gen Z Marketing Playbook.

Drawn from several surveys of mostly college-age adults in the U.S., United Kingdom, Australia and New Zealand, the report by U.K.-based Student Affinity Network UNiDAYS details how firms can best reach Generation Z , generally considered those born between 1995 and 2010. Gen Z is the top target for Navy recruiters. Among the report’s findings, 49 percent of Gen Zers feel better socializing online than off.

Focusing on esports is seen as a way for the Navy to tap into this community of possible recruits that tend to congregate online, Muoio and Raidt said. To start, they described the Navy’s esports spending as modest while the service learns where best to focus its recruiting efforts. They want to see which specific online games yield the most potential recruiting contacts.

“At this point, we’re not looking to be integrated in the game, but want to use it to be engaged,” Raidt said.

Engagement is where the Navy’s esports team fits into the strategy. In May, the Navy plans to hold auditions to join a dedicated team of esports competitors. The Navy is creating an esports team from the service’s current pool of roughly 4,700 active duty recruiters.

The sailors selected will be expected to participate in online gaming and use the platform as a way to connect with other players online at that time, telling them about their experiences in the Navy and encouraging the players to continue a conversation with Navy recruiters.

Earlier this year, the Army fielded a similar team, the Army eSport Team based out of Fort Knox, Ky. The team operates much like the Army’s Golden Knights parachute team and Army Marksmanship Unit, which travel around the country demonstrating their skills and increasing awareness of opportunities in the Army, according to the Army. The U.S. Air Force Academy has an esports team that competes in the Mountain West Conference.

“My expectation is what we’ll end up doing is creating a lot of engagements with a lot of content and just get people a lot more information about the Navy,” Muoio said. “I expect to see a lot more site visits to Navy.com.”