“Forged by the Sea” is the Navy’s new tagline to be used in recruiting advertisements. The new tagline will be unveiled during Saturday’s Army-Navy football game. US Navy photo.

“Forged by the Sea” – the Navy’s new recruiting tagline – is being unveiled Saturday in a commercial scheduled to air during the second quarter of the annual Army-Navy football game.

This idea behind this new tagline, which is part of a larger branding effort being launched during the football game, is to represent what the Navy’s top recruiter is calling “the aspirational outcome of every sailor’s journey in uniform.”

The “Sea to Stars” commercial airing during the CBS broadcast showcases a variety of Navy platforms, such as a submarine, an aircraft carrier, a guided-missile destroyer, a Littoral Combat Ship, an unmanned aerial vehicle and special operations sailors, including a team in SCUBA gear exiting a submerged submarine.

The idea, reflected in “Sea to Stars” and a second commercial titled “Game,” is that sailors are shaped and strengthened through their service, according to a statement released by the Navy Recruiting Command. The tagline is also meant to describe the Navy as a team, “tempered and toughened over 242 years of maritime dominance.”

For the first time in 16 years, actor Keith David will not be providing voice-over work for the Navy recruiting commercial. David, who has appeared in a host of films and television shows, has also provided the voice for UPS’ “What can brown do for you” ad campaign. 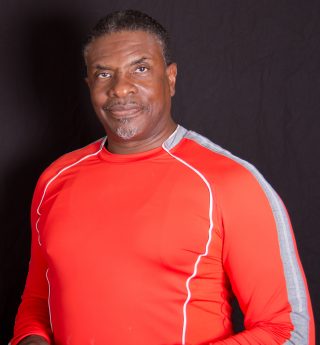 By launching the campaign Saturday, Navy recruiters hope to capitalize on what has become a somewhat captive television audience. The annual Army-Navy game between teams from the U.S. Military Academy and the U.S. Naval Academy will be the only college football game on television Saturday, a tradition started by CBS in 2009.

“The Army-Navy game is one of the most revered and watched contests in college sports, and we wanted to take advantage of this unique opportunity to introduce the new brand and tagline on an occasion where the spirit of competition and military service are being celebrated,” Navy Recruiting Command commander Rear Adm. Pete Garvin said in a statement.

Last year’s Army-Navy game had an estimated television audience of 7.9 million viewers, making it one of the more watched non-championship or bowl college football games, according to Nielson viewer data compiled by Statista Inc.

When “Sea to Stars” airs Saturday, it also marks the end of a two-year transition period from the Navy’s previous ad campaign and ad agency. In 2015, the Navy switched ad companies, replacing Lowe Campbell Ewald – developer of the tagline “America’s Navy – a global force for good” and the red pin-drop commercials – with New York-based firm Young & Rubicam (Y&R).

Lowe Campbell Ewald contested the contract, though, delaying Y&R’s work by about a year, according to news reports and filings with the U.S. Government Accountability Office, the federal regulator that handles contract protests. Ultimately, Lowe Campbell Ewald’s complaint was denied and appeals were withdrawn, allowing Y&R to start work.

The Y&R contract has one base year and options to extend four more years, which if exercised is worth $475.5 million, according to the GAO. But Y&R appears interested in remaining the Navy’s advertiser for some time. In July 2016, the firm opened an office in Memphis, to be near Navy Recruiting Command in Millington, Tenn. The Memphis office has 50 staffers working the Navy account, according to Y&R.

Once work on the new campaign started, Navy recruiters and Y&R conducted extensive market research to gain an idea of how the Navy was viewed by the target recruiting audience – people between the ages of 17 and 21 years-old, the so-called Centennial Generation. The result, according to the Navy, is Centennials are looking for meaningful adventure, a creative and innovative environment, and the strength coming from membership in a unified team.

“What we found was that there was nearly 100-percent awareness of the Navy, but zero-percent understanding of the Navy’s full mission, reach, and influence,” according to a statement released by Ken Dowling, head of the Navy Partnership and managing director at Y&R Memphis.
“Centennials saw the Navy’s purpose as one-dimensional and strongly tied to defense and combat. The things that set the Navy apart from other branches of the military weren’t well-defined, and there was limited awareness of the wide range of career opportunities the Navy offers.”

The first two commercials seek to change how potential recruits view Navy careers. The full ad campaign rollout is slated to start in early 2018, with the addition of print and online advertising. Two more television commercials are planned for release in March, according to the Navy.