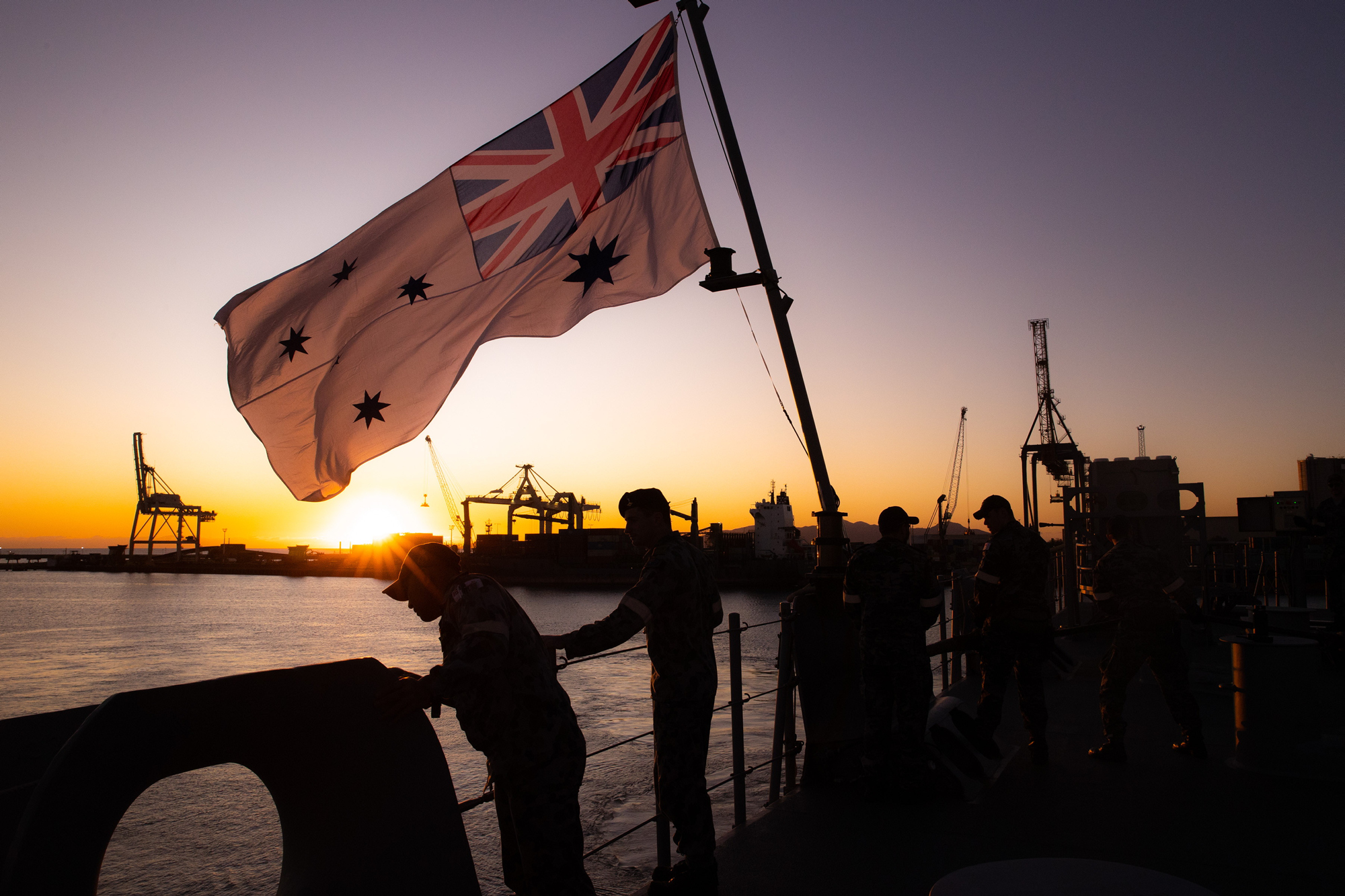 Australia is developing long-range strike weapons, remains intent on building a nuclear-powered submarine force and is ramping up its area access denial capabilities in cooperation with the United States as it watches China “trying to shape the world around us,” its deputy prime minister said.

Richard Marles, who also serves as defense minister, said Canberra’s defense posture and force structure reviews for the government that took office this spring are expected to be delivered early next year. While not formal national security white papers, they will answer key questions of “where we’re at” and “where we need to go,” he said.

“We worry about the use of force” by China in the South China Sea and also by Russia in its invasion of Ukraine as direct attacks on the established rules of order that prizes dialogue over military action, Marles said at the Center for Strategic and International Studies Monday.

In this changed security environment great powers like Beijing and Moscow expect weaker neighbors to act as vassals or be considered as enemies, he added.

Allies such as Australia and the United States “cannot afford to stand still” as these threats grows, he said.

“We see [a new strategy] as a prudent response,” especially to the massive build-up of Chinese forces and its advances in hypersonics, cyber and space.

“It is completely changing the security environment in the Indo-Pacific,” Marles said.

Australia wants to see more American involvement, including troop, ship and aircraft presence, like the recent flight of American B-2 bombers from their Missouri base to demonstrate alliance solidarity, he said.

Marles said the force structure review includes ways for Australia to work with the United States. He added Canberra sees as its duty in “sharing the burden of [being] a strategic force” with the United States in the Indo-Pacific. Other allies and partners he mentioned as vital to preserving a “global rules-based order” for security and economic development in the Pacific included New Zealand, Japan, India, France and South Korea.

On tensions between China and Taiwan, he said, “we want to ensure there is no change in the status quo.” Although Australia maintains a “one China policy,” he added, “robustly defending the rules-base order” will be its focus in the dispute over Taiwan’s future.

Marles dismissed the idea that alliances such as ANZUS [Australia, New Zealand and Australia] and NATO were “Cold War relics.” Instead, the pacts allow nations “to pool their resources” to combine their strengths and extend their capabilities to defend themselves. Their value can be seen in the response to the Russian invasion of Ukraine and NATO’s support for Kyiv. He also noted Australia’s shipment of aid to Ukraine and backing tougher economic sanctions on the Kremlin .

The agreement between the United States, United Kingdom and Australia [AUKUS] is at the center of Canberra’s move to becoming a strong regional strategic force, Marles said.

“We intend to re-pay” the confidence Washington and London showed in working out this security sharing arrangement of high technology and building the infrastructure, training workers and sailors to field, operate and maintain a nuclear-powered submarine force, he said.

After “repeated false starts,” Marles said Australia was “behind the eight-ball” in modernizing its submarine fleet.

“It will be a huge national project to pull this off,” Marles said.

It also includes accounting for the long-term costs in the budget. An assessment of where the different parts of AUKUS stand will also be completed early next year, Marles said.

Although it will be a challenge, Australia will meet it, he said.

The larger goal in AUKUS is to “move beyond interoperability” to interchangeability in integrating defense technologies under the agreement. Marles said Australia “wants to be a trusted second source” for guided munitions and weapons “to maintain that competitive edge against potential adversaries.

In answer to a question about the impact of a new security accord between the Solomon Islands and China, Marles said although it was “of a different character” than other arrangements Beijing has made with Pacific Island nations, it was “not inevitable” that it would lead to a military base being built there.

The lessons for Australia particularly and the United States from this changed arrangement is: “we need to remind ourselves the Pacific matters” and “we don’t have exclusive rights to friendship.”

Marles said it should also be a reminder for Canberra, Washington and others to look to these island states’ needs for development, especially now as sea level rises. He added it also offers an opportunity to help them enforce their exclusive economic zone rights by inviting “ship-riders’ aboard U.S. Coast Guard cutters as a way to meet their needs. This way, the island nations can cut down on illegal fishing and smuggling without raising costs to the United States since the cutters already on patrol in those waters.

“We have got to put in the effort,” Marles said.