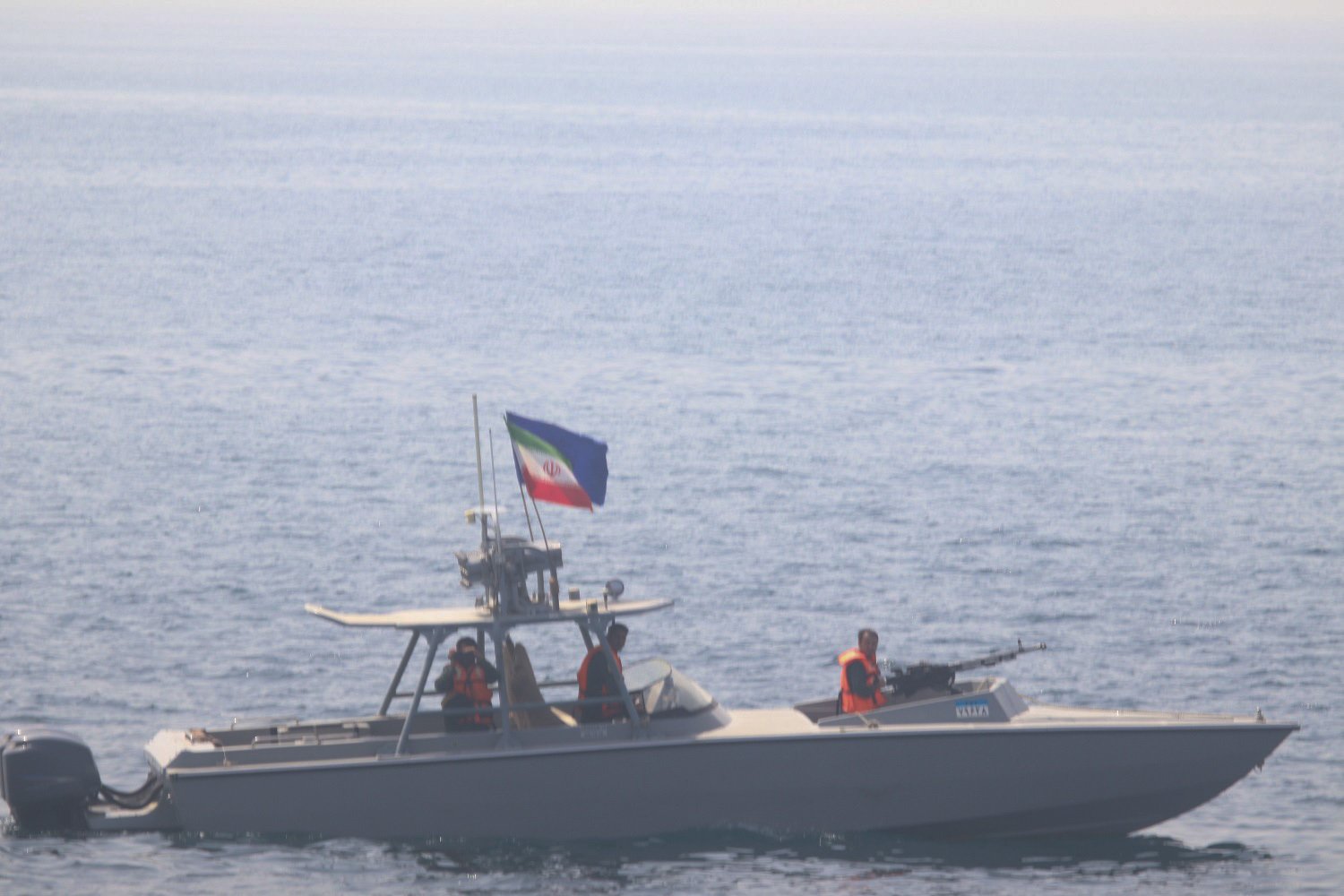 “One of the IRGCN vessels approached Sirocco head-on at a dangerously high speed and only altered course after the U.S. patrol coastal ship issued audible warning signals to avoid a collision. The Iranian vessel also came within 50 yards of the U.S. Navy ship during the interaction, and Sirocco responded by deploying a warning flare,” reads the statement from U.S. 5th Fleet.

A 17-second video released by the command showed a fast attack craft heading toward Sirocco’s at high speed before the PC sounded five short blasts from the ship’s horn. The attack craft quickly came to Sirocco’s starboard side. Photos released from the PC show a crew of three, one videotaping the interaction.

The incident follows a period of calm between Iran and the Navy. The IRCGN, a sectarian force that reports directly to Iran’s Supreme Leader Ali Khamenei, is responsible for Iran’s security along the coast and the Strait of Hormuz.

In November, an Iranian helicopter came within 25 yards of amphibious warship USS Essex (LHD-2) prompting a public response from the Pentagon. In October, two U.S. guided-missile destroyers and at least one U.S. Coast Guard cutters sailed near a tanker seized by the IRGCN after responding to a request for help and broke off after realizing they were being filmed for a propaganda video, a U.S. official told USNI News at the time.

Since the departure of American forces from Afghanistan in August, the U.S. has not had a capital ship in U.S. 5th Fleet since January when Essex left the region, according to USNI News Fleet and Marine Tracker.